Kati Ward lost her home in Hurricane Ida, and yet she feels more connected to her sense of home than ever.

“This community brought us back to life when we felt like we couldn’t go on another second,” Ward said.

Ward, her husband Josh and their two children were displaced in August after Ida ripped the roof off of her Hahnville home, the lasting result of a frightening night in which the couple rode out the storm at the home of Ward’s parents in St. Rose. The storm took the roof completely off the house and its insulation and ceiling caved in – and worse, the family was underinsured, leaving a great many questions and precious few answers.

But fast forward several weeks and Ward feels nothing short of incredibly blessed.

A plea for help on social media in the immediate aftermath of the storm rallied more support than she ever dreamed of. Thanks to several donations, some from friends, others from perfect strangers, the Wards’ home now has a new roof and concrete floors, and it sounds like it won’t be too long before the family can move back in.

“I was hoping to be back in by Christmas, but that probably won’t happen. It can’t hurt to dream though,” Ward said. “But we’re working with a local contractor we know very well and he’s taking care of us in every way.” 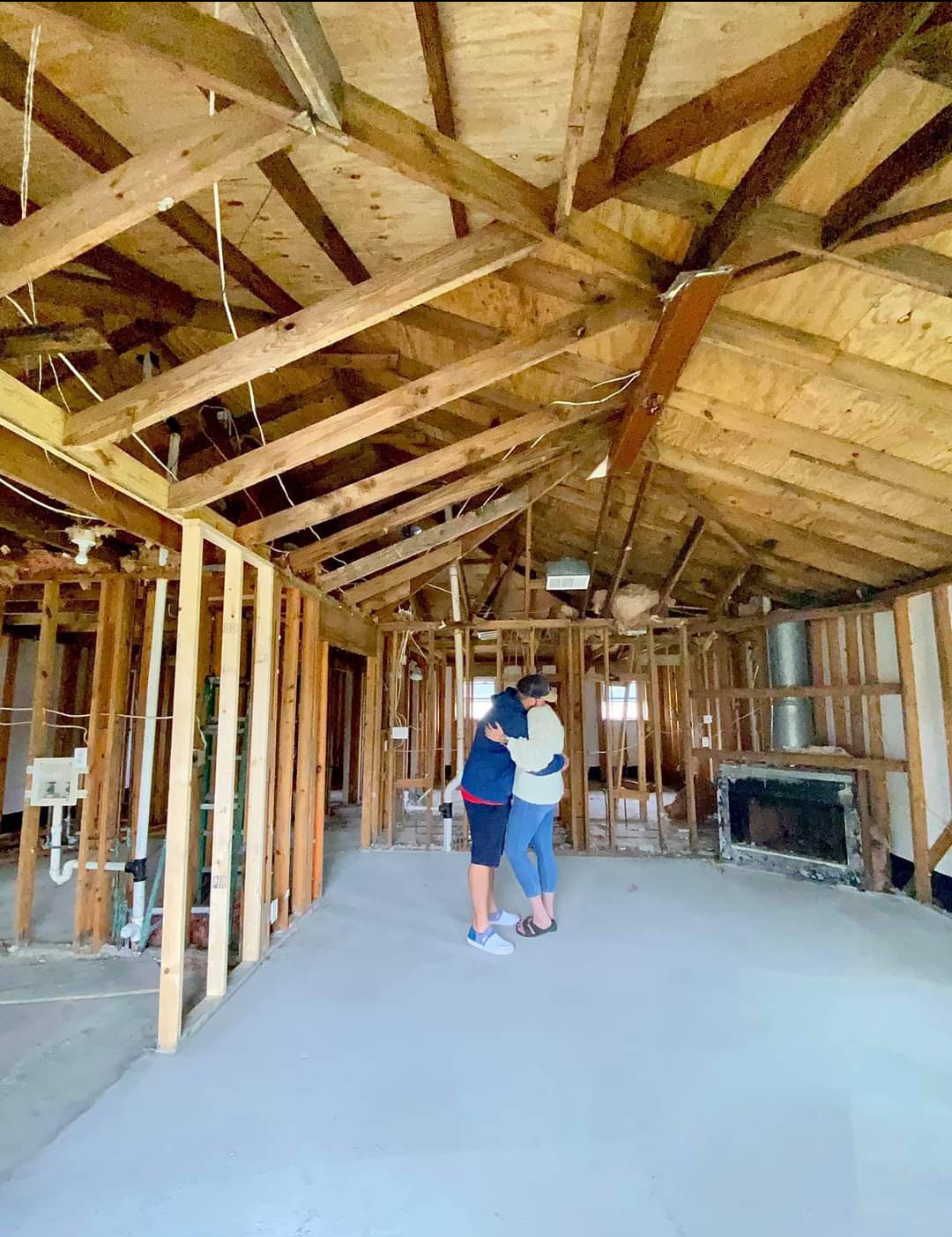 For Ward, who just recently gave birth to the couple’s second child, a cold feeling of hopelessness has been replaced with incredible warmth.

“There will never be enough words or enough time to show how grateful we are,” she said. “So many people got behind us during the hardest time of my entire life, and I know my husband would say the same. This community really picked us up.

“There’s no place like St. Charles Parish, I can tell you that.”

Their home was considered a total loss following Ida and the couple lost just about all of their belongings, save for the few items they packed for what they expected to be a brief stay with her parents to take shelter.

“Thank God for them,” Ward said of her parents, whose home the Wards have been staying at after a two-week evacuation to Kentucky. “We didn’t even have to ask. My mom has been incredible helping with the new baby and helping me be able to get back to work. I’ve had, literally, the best support system.”

While the replacement roof and reestablishment of the family’s home might have made the biggest impact, it is far from the only gesture that made a significant difference for Ward.

“People gave us diapers, made us home-cooked meals … everyone just wanted to help and found a way to,” Ward said. “Sometimes, it was just $5 for a cup of coffee, or just saying a prayer for us.

“I still remember walking out of my house feeling so hopeless at the beginning of all of this. The outpouring we received after I asked for help is absolutely unbelievable.”

The roof, she says, will always be a reminder.

“When I lay my head down at night, once we’re finally back in, that roof will be sheltering us and all of the community helped to put it there in such a dire time.”

Several Destrehan and Hahnville athletes competed at the Class 5A state championship track and field meet on Saturday at LSU’s Bernie Moore Stadium, each cementing a season among the nine best 5A competitors in their respective events for 2022. […]