Melinda Bedi was disqualified Monday (Aug. 19) from the sheriff’s race in St. Charles Parish, but has filed an appeal.

Despite a lengthy discussion over Bedi’s residency, Ad Hoc Judge Ashly Bruce Simpson in the 29th Judicial District Court made the ruling over her not filing taxes in 2017 and 2018 contending she made enough money to file, said the parish’s Clerk of Court Lance Marino.

Bedi has appealed the decision with the Fifth Circuit Court of Appeal in Gretna. Marino said a decision is anticipated by Friday because of the expedited court schedule with the election.

Simpson also is scheduled to address a lawsuit tomorrow (Aug. 21) at 10 a.m. filed by Henry LeBoyd of Destrehan challenging the residency of Matt Jewell, who is running for parish president. 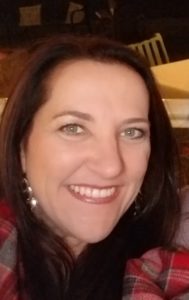 Both candidates qualified to run in the Oct. 12 primary election.

Marino said a candidate must file taxes or request a tax extension or not make enough money to file a return to run for office.

As to Bedi’s residence, she stated 219 Coronado Drive, Luling, on her qualification form, but was no longer at this address because of divorce.

Simpson determined as long as it was her intent to live in St. Charles Parish she still qualified as a candidate, Marino said.

As Luling resident Jennifer Green tackles this school year, she will do it from two different vantage points – as a teacher and as a mother of school-aged children. […]

Hahnville student made 300 masks for donation, takes pride in helping others

Emily Duckworth wanted to help her mother out in the early days of the pandemic, and so she did – making a plethora of masks for the latter’s workplace. […]

Amid reports that residents in several U.S. cities had received unsolicited, and potentially dangerous packages of “mystery seeds” from China, the Louisiana Department of Agriculture and Forestry announced last week that one such delivery was made to a resident of St. Rose. […]