To a pair of brothers from southern Louisiana, this certainly didn’t feel like fishing weather.

Snow fell from the sky in 20-degree temperature: this was not the expectation brothers Preston and Jacob Zeringue had, nor their grandfather, Michael “Toad” Zeringue, when they trekked to Toledo Bend to represent the Hahnville High fishing team for a BASS high school fishing tournament. There were plenty of related surprises as well.

“You’d cast the line, and it would freeze,” said Preston. “Ice would start flying everywhere off your line, and icicles are hanging off your rod from the water that would come in.”

This was going to be quite the unique experience, all the way around.

The Zeringues expected to encounter the cold as the tournament weekend approached, but not all that much more than that.

The two are lifelong anglers, quite experienced even at their young age. But both said this was completely foreign to them.

“As it was, we don’t have deep water down here,” said Jacob. “The 40- and 60-foot waters out there is a lot different than the four to six foot we have here. We’ve fished in that kind of temperature before, but never the conditions we saw out there.”

Things may have truly hit home for Preston, in particular, at one particular moment. 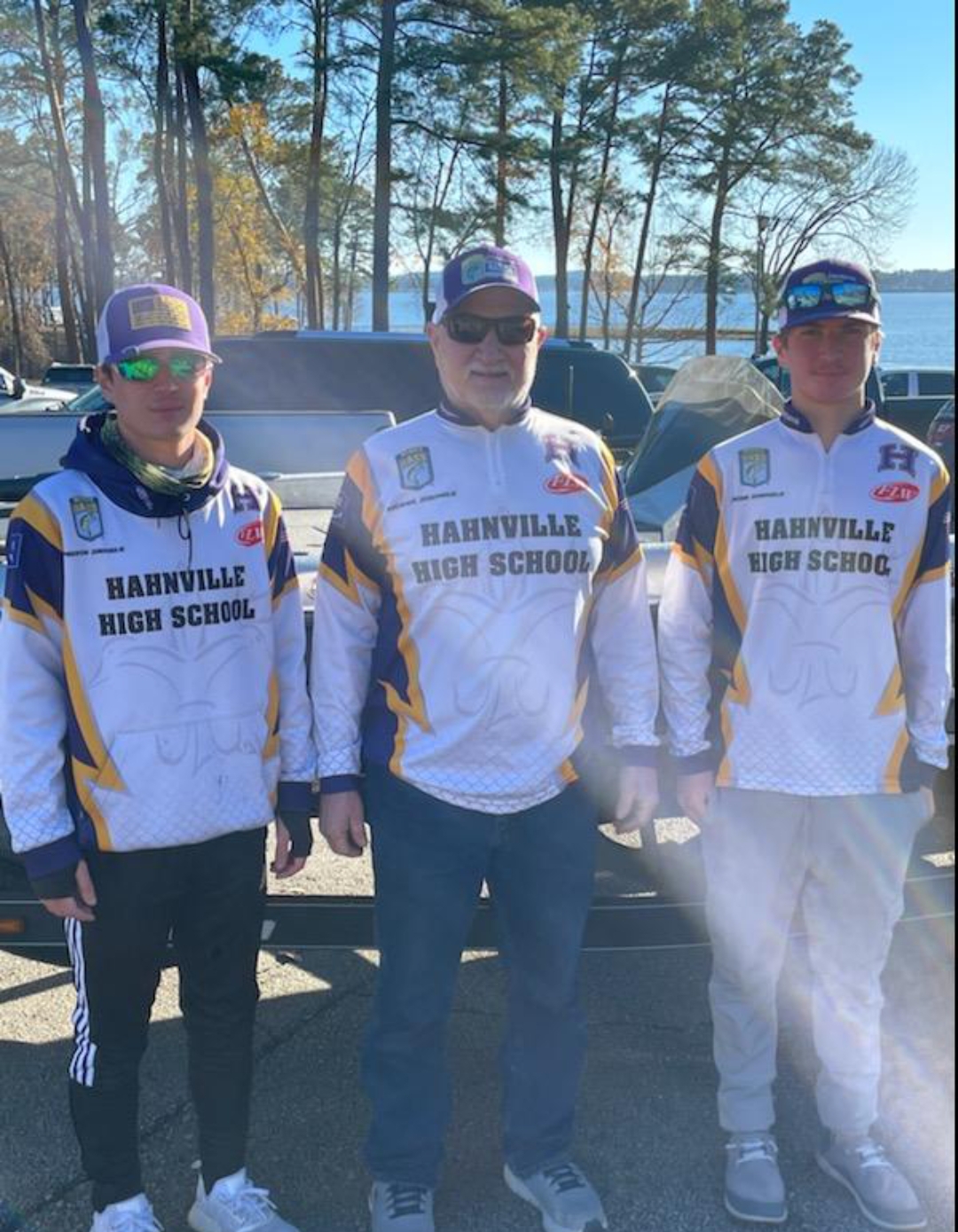 “My hair froze,” he said. “As we’re crossing, the water is splashing, and my hair got wet and frozen.

“It was so cold. You have no feeling in your hands … you’re busting up your knuckles and fingers because it’s so cold. It’s tough to even keep the motor in water and find where the fish are. By the time you find them, they all scatter. They’re gone. It’s tough.”

They admitted to a few second thoughts about the whole excursion.

Were those layers enough?

Endurance of the elements was only part of the challenge for them. Things in the boat began to break down. Electronics stopped working, reels and rods were frozen – “we couldn’t even turn handles on them,” and the situation became truly difficult when the boat’s trolling motor stopped working, rendering the two unable to control the boat while fishing.

“We tried to figure out what was wrong with it for a while, but we ended up having to go back to where we found some fish earlier and tie the boat to a log,” Preston said. “We just kept changing our baits every so often when they stopped biting. (The motor situation) threw us off, though, because we couldn’t control where we went.”

They landed their first fish of the day 20 minutes into the outing, which provided them with some needed assurance.

“It was about a pound and a half. That let us know we could still catch fish in spite of everything,” Jacob said.

After the motor broke, they caught another keeper, this one a bass between five and six pounds.

Their haul placed them in the top 30 of the 160 teams that competed.

“I’m not sure I could have lasted much longer,” Jacob said.

Hahnville fishing coach Bruce McDonald said the two have a lot to be proud of, and made their school proud as well.

“They launched in snow, fished in snow and picked up in snow,” McDonald said. “These kids fished in 20-degree weather and went all the way up to Toledo Bend to represent Hahnville High School. If that’s not dedication to a sport, I don’t know what is.”

Preston called it a memorable experience, though perhaps some time will have to pass before it can become a particularly fond one.

“It’s definitely something you won’t forget,” he said. “Even if it was pretty miserable. It’s not a lot of fun in those conditions. I’m definitely happy we got through it, but that was rough.”

🏫 The transition from school secretary to teaching in the classroom has been a rather smooth one for Kristina “Tina” Harris, despite her path coming through objectively bumpy terrain. […]

🎺 Long before becoming band director and music teacher at Luling Elementary School, A.J. Pittman had an epiphany when he was just 8 years old – he wanted to play the trumpet. […]