Eric Bourg, 28, and Megan Bourg, 25, each pleaded guilty today (Sept. 5) to violating one count of aggravated crime against nature, perpetrated upon a victim under the age of 13, before Judge Timothy S. Marcel.

The pleas bring to conclusion cases that began after their arrests on Oct. 4, 2017. 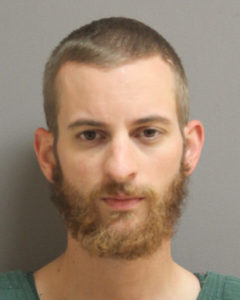 “The focus of my office, particularly lead prosecutor John M. Chaisson, has been on achieving a just resolution of this matter in light of the serious crimes perpetrated by these defendants, as well as protecting the well-being of the young victim,” said District Attorney Joel T. Chaisson II. “These pleas ensure that both defendants will spend a significant amount of time in jail where they will be unable to victimize another child and eliminate any possibility of the victim having to testify .”

As municipalities across the country face dismal sales tax revenues in the wake of the coronavirus pandemic, the numbers in St. Charles Parish remain relatively steady. […]

Talented actor hopes to return to parish as teacher after college

Alaina Markey’s star shone bright as a theatre and choir member during her four years at Hahnville High School, and now the 2020 graduate has her sights set on larger stages and audiences as she enters college. […]