Written by J.K Rowling, author of the best-selling Harry Potter series, The Casual Vacancy centers on Pagford, a little town in the middle of the UK much like any other. It is where the life and death of Barry Fairbrother took place, and where the drama unfolds. As a parish councilor, the death of Mr. Fairbrother rocks the seemingly quiet town and unearths some hidden secrets, unforeseen scandals, and unavoidable misadventures.

Using the point of view and storytelling from several different families, J.K Rowling encompasses the reader into the easy, gossip filled way of small town life. After Fairbrother dies the author reveals that the city council is locked in a tie vote in which he would have been the deciding vote. As a relatively well-off city, Pagford must decide whether or not to consider their impoverished area, “The Fields” as a part of their city or not. Frustrated and tired of being used and abused, teens from The Fields begin to take action against the council.  The town remains gridlocked, arguments and rebellion are rampant through each and every household, and schemes to save The Fields run amuck. The book ends just as it begins—with a death, a funeral, and a decision.

The Casual Vacancy kept me glued to its pages. As a fan of Harry Potter, I had originally grabbed the book just for the sake of the author. However, J.K. Rowling pulled me into a book that was very different from the style of writing for which she is usually known, and that was very different than the books I usually read. I would recommend this book to anyone who enjoys seeing the inner workings of a character’s mind and life. It definitely is a book that I would award a five-star rating. 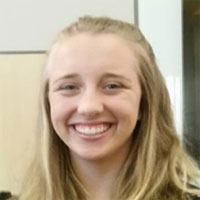 Stashia Liegl was a graduating senior in the Gifted program at Hahnville High. She enjoys reading, being Group Commander of AFJROTC, being on drill team, and working with computers.  She plans to attend Southeastern Louisiana University and major in Criminal Justice.

It is estimated that only 8% of people who make New Year’s resolutions accomplish them. And while budgeting, reading books and visiting new places may top some resolutions lists, statistically the most popular resolutions each year are focused on physical health – eating right and exercising. […]

The energy technology company Arq will develop an industrial facility in St. Rose that will create a hydrocarbon fuel blend for power generation and marine industries, the company’s proprietary Arc Fuel product. […]

Dorothy B. Pemberton died unexpectedly on Sunday, January 17, 2021 at the age of 96. She was the beloved and loving wife of the late John H. Pemberton, Jr. for 70 years. Daughter of the […]