Reviewed by Delles A. County

Ireland is most known for its green meadows and hill-filled expanse. A Treasury of Irish Fairy and Folk Tales by Richard Doyle publications dives into most of the folk tales and stories with which native Irish were raised. With classic tales of leprechauns and fairies, this book also looks into lesser known folklore, such as the Pooka and the Changeling. These tales offer a look into the stories that helped form Ireland as it is today.

Since A Treasury of Irish Fairy and Folk Tales is a collection of legends, it has a plethora of tales categorized by the creatures featured, which range from fairies, Pookas, and ghosts, to witches, giants and leprechauns. The book chronicles tales ranging from Ireland’s entire history, including modern times and also explains how Irish culture was shaped by these magical entities. One of the most famous Irish sprites, the leprechaun, is described as merry and industrious, having information on the whereabouts of riches, and quite crafty. The story of the leprechaun is just a fraction of the 748 pages of lore and mythos this book has to offer.

I feel that A Treasury of Irish Fairy and Folk Tales is a great place to start when getting into a lore as rich as Ireland is. I personally feel Ireland has its own mythos, which is often overshadowed by the Greek and Norse mythologies 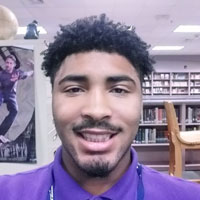 Delles County was a senior in the Gifted program at Hahnville High. He enjoys forest walks, mythological stories, and exploring. He plans on attending college at Nicholls State University.