And the public gets to see the production on June 27 and 28.

“These students are stretching their minds, their talents … and don’t know the meaning of the words, ‘I can’t,’” said Ginny Medina-Hamilton, director of Gifted, Talented and the Arts. “They are singing, dancing, and acting because that’s what humans do – and in this case – that’s what jungle animals do.”

“The Jungle Book Kids is a perfect production for a summer camp due to its flexibility in casting,” she said. “It also gives students some creative leeway, and it is a really fun and funny show.”

Medina-Hamilton said 20 students are participating with all cast in the show, and assisting in creating some of their costumes and props. They are “learning what it takes to put on a phenomenal camp production in just three weeks.”

Started on June 10, the camp will culminate into performances of the production on June 27 and 28, both at 7:30 p.m., at Lafon Performing Arts Center.

An impressive team of school professionals is working on this program.   Joshua Martin serves as the camp manager and musical director, along with Cristina Rivas as artistic director and choreographer, and Danny Pitre as stage manager and theatre instructor. Shelly Keller is creating the costumes and props while guiding the students in making some of the props. Brandon Robinson is technical coordinator, and Patrick McKinney assists with students enrolled in the before- and after-care program. 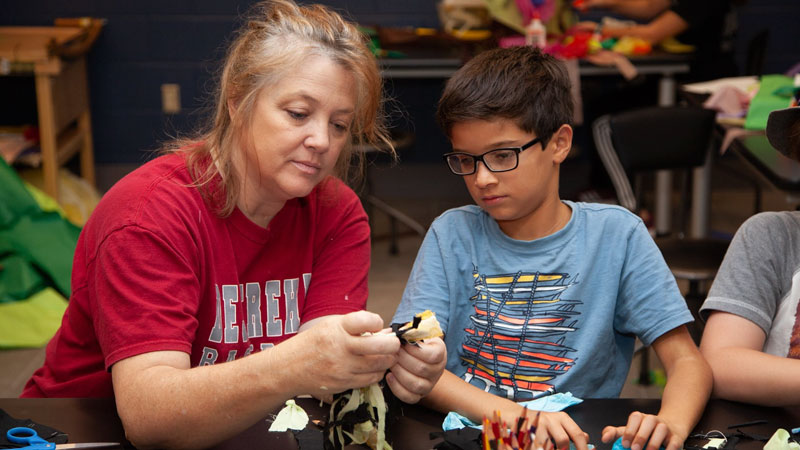 Summer camp gets a whole new meaning for 20 students making their own production of “Jungle Book Kids” that will be open to the public viewing on June 27 and 28. Above and below are children making the set props and costumes.Center Director Chris Melohn, who handled original planning and coordination of the event, said they hope to continue and expand camp offerings in the arts.

“We hope that all of the campers’ families and friends join us for the productions,” Melohn said. “These shows are also open to the public and a perfect opportunity for families of all ages to enjoy a timeless story. We have plenty of brand new seats, so come on by.”

“These students are stretching their minds, their talents … and don’t know the meaning of the words, ‘I can’t.”  — Ginny Medina-Hamilton

The center is showcasing ways it can continue to provide high quality arts programming for students even during the summer months, he said. It also allows peers from different schools/feeders the opportunity to meet each other and see that there are other young people that have the same interests as they do.

Melohn added, “Twenty young students are excited about working together to create a work of art for production – how much better can it get?” 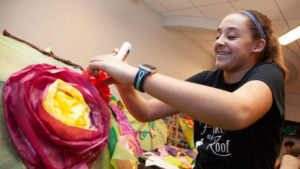 Why you want to see Jungle Book Kids

Ever since she stepped foot onto Destrehan High’s campus, Rebecca Soto has stayed busy as can be. Graduation day brought an official end to her time at DHS, and Soto said in a way, it almost didn’t seem real. […]

Glenn Taylor didn’t grow up in St. Charles Parish prior to arriving at Destrehan High School, or in Louisiana at all for that matter. […]