Thanh Le recalls one of his biggest wins in the sport of mixed martial arts (MMA), its impact on him less due to ranking or title implications and more about what it represents to him: in just his third pro fight, Le broke his jaw, yet ended up knocking his opponent out.

“It taught me how much I wanted it,” he said.

The 34-year-old St. Rose native has risen to great heights since that day, the one-time Legacy Fighting Alliance Featherweight Champion and ONE Championship fighter is 11-2 as a pro after going 14-1 in his amateur days. Likewise, his younger brother, Vinh, will soon be turning pro: the 25-year-old has gone 4-0 in the amateur ranks and plans to have one more fight before making that jump.

“We’ve both done martial arts as long as we can remember,” Thanh said. “Really, we have since we could walk. Our dad owned the Taekwondo school we’re part of now. Our childhood was pretty much at that gym.”

While attending a local MMA show in New Orleans, Thanh’s interest was piqued.

“We wanted to try out on a whim,” Thanh said. “We had no training in any kind of boxing, kickboxing, ground game … we just had taekwondo, but we signed up for a fight and have been building up those skills as time’s gone on.”

Though they’ve had to build upon their Taekwondo in the MMA world, it still represents the core base of their style.

“I’ve been doing (Taekwondo) for 21 years, and he’s been doing it for 30,” Dinh said. “Our style’s pretty unorthodox. It’s not muay thai, it’s not like kickboxing … we’ve got our own style and we’ve added our own little flavor to it. When you watch Thanh’s fights, you can see nobody really knows how to handle it.”

Vinh’s learned a lot from his brother, who has shown a knack for finishing fights early.

“It’s almost a bit unfair (to compare the brothers’ records) because as an amateur my fights ended up a little short, so I had more fights than normal,” Thanh said.

Added Vinh: “I’ve seen him in so many fights, it’s almost kind of like cheating for me, because I can see what went right or what went wrong in our gameplan in his fights. He does it all beforehand, so when I get in there, I’ve already seen the strategy play out.”

That gameplanning element is something the brothers both love about the sport, particularly relishing the chance to work together to break down an opponent and formulate a plan.

“We work as a team along with whoever else we’re in camp with,” Thanh said. “It’s like any other sport. In football, you see how your run defense matches up against their running game. You look for what holes might be in the opponent’s game, and how your strengths match up, how they allow you to attack.”

Of course, the two are at separate stages of their careers. Vinh said at this stage of the game, fights are a bit more like workshop sessions to focus on his own skillset; upon turning pro, he said, that will quickly change.

“Then it becomes more about the opponent and taking them into consideration,” Vinh said.

“My first opponent there was a very experienced grappler, and my second and third were very accomplished strikers,” he said. “I’m getting exposure to some of the best worldwide talent. Every fight is an adventure. It’s been so cool to travel and get that experience.”

It’s not his first brush with a top promotion, though. Thanh was a competitor on Season 22 of UFC’s The Ultimate Fighter TV show, and won a fight to become a member of coach Uriah Faber’s 12-man Team USA, pitted against Team Europe – coached by Conor McGregor.

“I didn’t win the show, but I made so many connections,” Thanh said. “It was seven weeks of training and fighting, experience with high-level athletes and coaches. It was a pretty cool experience to be in the house for that season.” 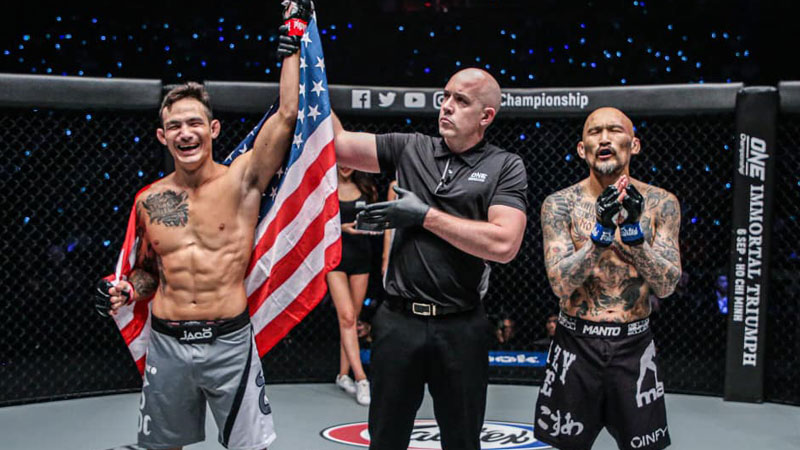 Hahnville takes off, flies by Airline in second quarter to open playoffs

It took Hahnville a little while to settle in for its Class 5A first round playoff game with visiting Airline, which trailed the Lady Tigers 16-15 early in the second quarter. […]