“It’s the best feeling, kicking the ball,” said Rodriguez, who had just wrapped up playing for her school in the first-ever game of the inaugural season of St. Charles Parish Public Schools’ middle school soccer program. “When it flies in the air, it’s wonderful, and when you score a goal, it’s special for you. You’re so happy for the school and for your team.”

The night represented a milestone for the parish’s middle school sports programs and its teams, a major part of an effort to enhance the opportunities in athletics for the district’s middle school students. The games at Hahnville were one of two doubleheaders played in the parish, with the boys and girls teams of Albert Cammon and Harry Hurst facing off at Destrehan.

And while the R.K. Smith girls lost their game to J.B. Martin 9-0, for Rodriguez, it represented a chance to represent her school while playing the game she loves.

“Before I came to America, I was in Honduras and played for four years. But where I come from, we don’t have all of this,” she said, noting Hahnville’s football stadium, which will host the middle school league games along with Destrehan’s. “It’s so exciting to be a part of this. When I heard about it, I just told myself, ‘I’m gonna be on this team, I have to do this.’ Even though we lost, it’s still great to be part of it all.”

J.B. Martin boys coach Russell Shaw noted a pep rally on game day that fired up the team and school as a whole, and said it’s been a joy to work with his players.

“They’re working so hard and their attitudes have been great,” said Shaw, who helped guide his team to a 16-0 win. “Some of them bring a lot of experience, so our job is just to get them playing as a group. I see the drills and how much they put into it, and they’re proving their skills every day.”

“Throughout the game, you could see the sheer joy they had on their faces, it was pretty amazing to sit back and watch,” Rogers said. “For us, it’s an opportunity to reach out to even more students and provide more opportunities for them. It’s a long time coming … to see the dream become a reality is pretty exciting.” 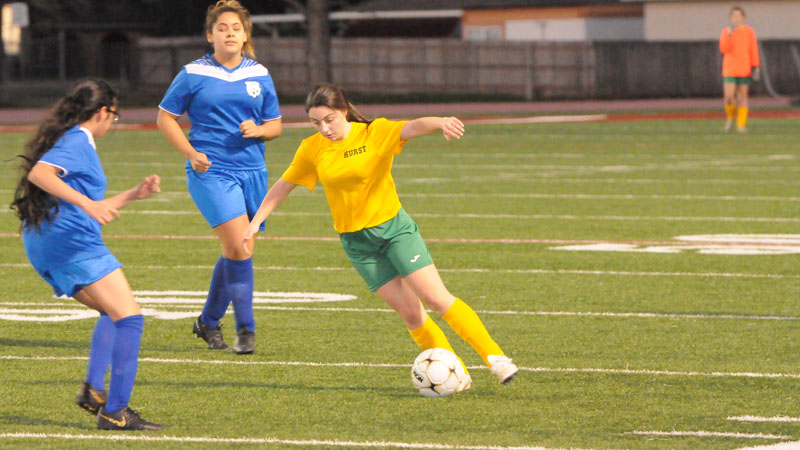 Malissa Gore’s ALS fight began in February with her diagnosis. Since then, the R.K. Smith Middle School family, as well as her friends and community, have rallied around the educator as she navigates her new journey. […]