After Hahnville starting pitcher Laney Waguespack began Monday’s Class 5A playoff game with a strong first inning, HHS coach Jerry Nugent said he knew she “had her good stuff” that day on the mound – and from there, it would be a matter of the team’s offense finding a groove.

The Tiger bats didn’t disappoint, posting nine runs over the first three innings of play en route to a 10-0 opening round victory over visiting Chalmette and ending the game in the sixth inning by the 10-run rule.

“We were able to capitalize on some things early. (Chalmette) struggled a little bit in the circle and we were able to take advantage of that,” Nugent said. “I kinda knew after the first inning (Waguespack) had her good stuff, and between she and Klibert we always have a fighter’s chance. So it was a matter of our offense locking in and doing what we’re capable of … we’re explosive on offense so when those two are rolling, we really like our chances.”

Waguespack and Klibert combined to toss a two-hit shutout, with Waguespack starting and going four strong innings with six strikeouts against no walks to earn the win.

It was the first playoff game in two years at Hahnville, given last season’s stoppage due to COVID-19, and Nugent said there was a special energy from his players from the moment they stepped on campus in the morning.

“I think there was an extra bounce in everyone’s step today, and that’s not something you see generally from kids at eight in the morning on a Monday,” Nugent said. “They were definitely ready to go. I think they would have played at nine in the morning if they could. We were on our way to the playoffs last year when everyone in the state was derailed. We felt privileged and grateful to be able to play today.” 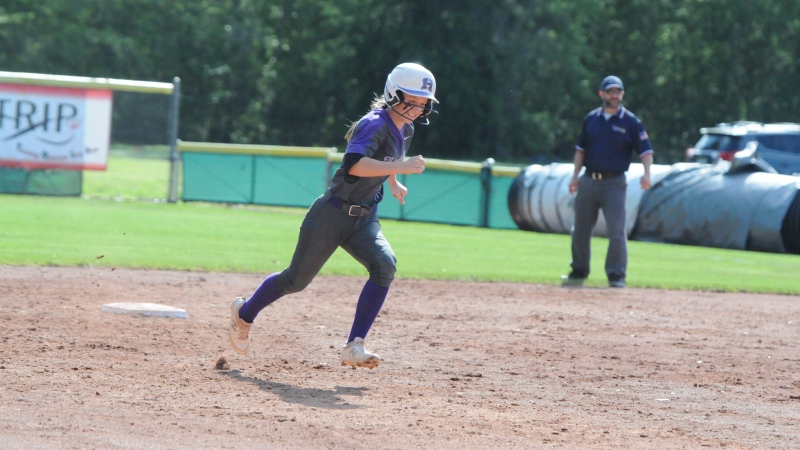 Cortez certainly feels comfortable and confident on these days: her two-run shot to right field in the third inning was her third home run in her last two home playoff games – the senior socked two in the playoff opener of 2019 at Hahnville.

“Like coach says, we can’t leave runners on base, so to get that there and help the team out felt really good,” said Cortez, who has nine home runs this season, second on the team to Kathryn Smith.

Added Nugent, “We’ve come to expect that from her. We’re spoiled from our seniors this year. Big time players make big time plays in big time games, and she made some big time hits today.”

Hahnville drew four walks in the first inning, with Cortez and Bruce driving in the first two runs of the game.

The Tigers loaded the bases in the second inning – including back-to-back walks to lead off the inning – before Crochet doubled home Katie Ortego and Karly Bourg. Cortez drove in her second run of the day on a sacrifice fly, then Bruce scored Crochet on a single. 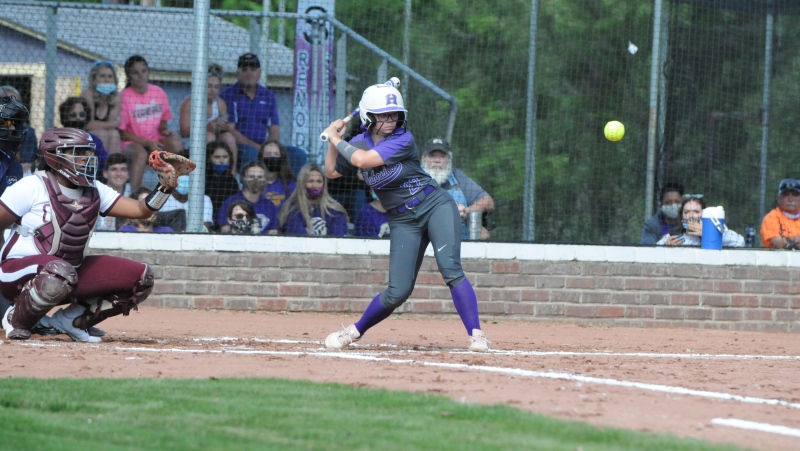 Crochet singled home Sara Roussel, who tripled on the previous at-bat, and crossed home herself following Cortez’s home run blast to right. The Tigers ended the game in the sixth on a Bruce walk-off RBI single.

The win was further illustration of a Tigers’ turnaround following the team’s 1-7 start to the season.

“For us to come out after the way the season started for us, and to play the way we’ve been playing, it shows how we’ve come together as a team,” Cortez said. “We’re corrected the little things, we focus on those things and everything tends to pan out when you do.”

Hahnville wins on back of defense

Hahnville needed a momentum shift. Jordan Boyle and the Hahnville defense provided one.  […]