With openings to fill at its softball, girls’ volleyball and girls’ basketball head coaching positions, Destrehan has had a busy time of late, but it now can cross the first of those off of the list, staying in-house to do so.

Craig Perrier Jr. will be the successor to retiring head coach Kenneth Montz, who just completed his final season with the Ladycats after more than a decade on the job. Montz led the Ladycats to the farthest playoff run in program history in 2019, as DHS reached the state quarterfinals, and the team returned to the playoffs in each of the past two seasons under his watch.

Perrier has served as an assistant coach with the Ladycats under Montz for the past 10 years and has been an assistant football and baseball coach as well in his 15 years at Destrehan, his alma mater. In the classroom, he teaches carpentry and is known for extending his efforts out into the community, while teaching his students to do the same. 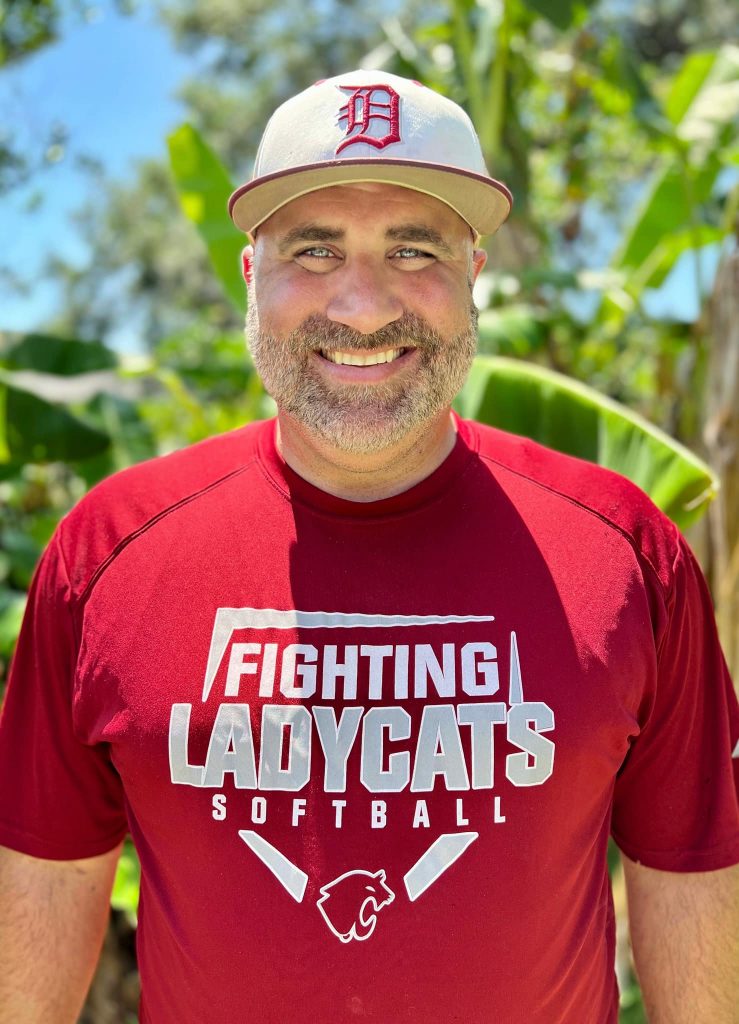 He re-established the Handyman Crew at Destrehan in 2015, in which carpentry students band together to utilize their collective skills and help people address needs in the community, with one example the crew building wheelchair ramps for the homes of elderly and disabled people in need around the community.

Destrehan went 15-15 in 2022, ultimately falling in a round one battle at Central-Baton Rouge after earning the No. 27 seed in Class 5A.

Perrier said the news was realization of a dream come true, as this will be his first opportunity to serve as the head coach of a program.

“I’ve known I wanted to be a head coach for years,” Perrier said. “I’m ready to make the tough decisions … Principal (Jason) Madere came to my house to tell me, said ‘I wanted to tell you in person. Congratulations.’” That felt pretty great.

“So, now, everything falls on me. The good decisions and the bad decisions. No matter which way any of those decisions go, good or bad, every one of them is going to be made toward the betterment of the players and the program.”

Perrier earned the nod out of five finalists who were in consideration.

Though this has long been a goal of his, there was a time he saw nothing resembling a future coaching softball.

“I was coaching baseball at the time, but was stepping away because my son was playing baseball at Hahnville, and I didn’t want to miss that,” Perrier said. “Principal (Stephen) Weber came to me and said, ‘I need a commitment for a year … I need you to go coach softball for one year.’ And I thought, wow, you’re out of your mind. No way.

“But after a week, that’s all it took … I realized it was the right decision. I fell in love with the game and I wanted to learn as much as I could. The different scenarios you run into, the fast pace of the game … it just really grabbed hold of my interest.”

Much as it’s been for years in the classroom, his aim is to help his players not only become better at their craft, but better people as well.

“Just teaching kids to do that through a game,” Perrier said.

Montz is retiring after 30-plus years as a coach and educator. He took the helm of the Ladycats program in 2010 and since that time he has led the program to 200 wins, a mark he hit down the stretch of his final season.

He said his time guiding the team is an experience he wouldn’t trade for the world.

“It’s been fantastic,” Montz said following a late-season victory over South Lafourche. “I’ve enjoyed every single minute of it here. It’s just time for me to go. I’m pushing 33 years of doing this, and it’s time to go do other things. I wish it could go on, but it’s time.”

He can leave proud of the fact that the program has been on the upswing over the past several seasons.

“They’re going to win a lot more games,” Montz said. “They’ll be in a good situation … I feel like I’m leaving it in a better situation than when I started, and I’m looking forward to seeing them continue to do good things.”

Perrier said he’s learned much in his time coaching alongside Montz.

“He put the softball program here on the map when he came aboard and started bringing them to the playoffs year in and year out … he’s taught me a lot. We want to keep that tradition going and ultimately move forward and further into the playoffs,” Perrier said.

“When you look at St. Charles Parish softball right now, Hahnville’s been in charge,” Perrier said. “They’ve reigned over it for years and years, and I want to bring that back over here to the East Bank, get our players to buy in and ultimately win a championship. I know it’ll be a process.”

The hiring is the latest dose of good news for the Perrier family after some very tough times following Hurricane Ida, which completely destroyed the home of Perrier, his wife Melissa and their infant daughter Cami.

But the family is set to move into a new home in the coming weeks, and it will be residence to a family of four, as the Perriers prepare to welcome their second child into the world, a baby boy due in July.

“It feels like life is finally starting to come together,” Perrier said. “They’re starting to work out … we really are blessed.”