Again and again, Jaylin Lucas struck for Terrebonne, threatening to guide his team to an upset win on the road at Hahnville Wednesday night.

Trey LaBranch and his Tiger teammates wouldn’t have it.

LaBranch rushed 24 times for 231 yards and scored five touchdowns on the night, the final a 70-yard dagger that ultimately sealed a 47-40 Hahnville victory in a wide-open, exciting shootout. 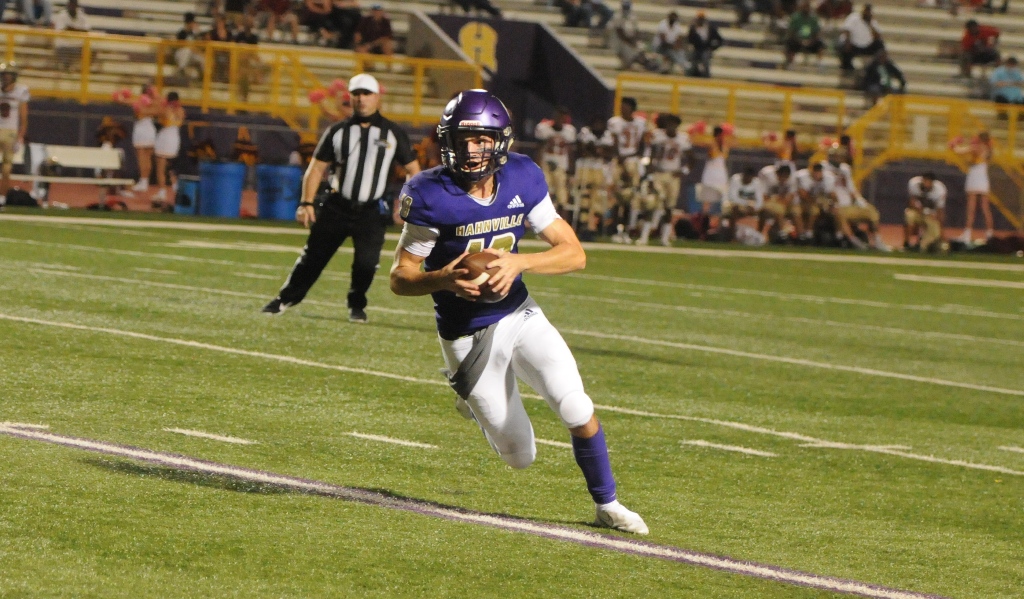 For LaBranch, 2020 is his first season as Hahnville’s primary rusher, and he quickly asserted himself as the latest in a line of standout Tiger rushers with a career best effort. He and Lucas combined for nine touchdowns  on a night that saw their teams competing two days sooner than expected, as the game was moved up from Friday night due to concerns that Hurricane Delta would potentially force cancellations by week’s end.

“Coach (Daniel Luquet) said people come into our stadium and feel like they’re playing in the Super Bowl, because they know in Hahnville, we’re gonna play our best,” LaBranch said. “I came in and said, it’s gonna me on me tonight, so I came out here and delivered.

“(Luquet) said if we had to play Monday, we would have played Monday. I felt the same way. I was ready to play and had the mindset to play my best.”

Luquet, now 2-0 in his first season heading the HHS program, said if LaBranch was flying under the radar, it’s likely not the case anymore.

“He’s phenomenal,” Luquet said. “He hits the hole 100 miles per hour and he’s into the second and third level before you can blink … He’s one of the best I’ve been around. Not many people know about him, but they know about him now. No matter how far you have to drive to see a kid like him play, you make the trip.” 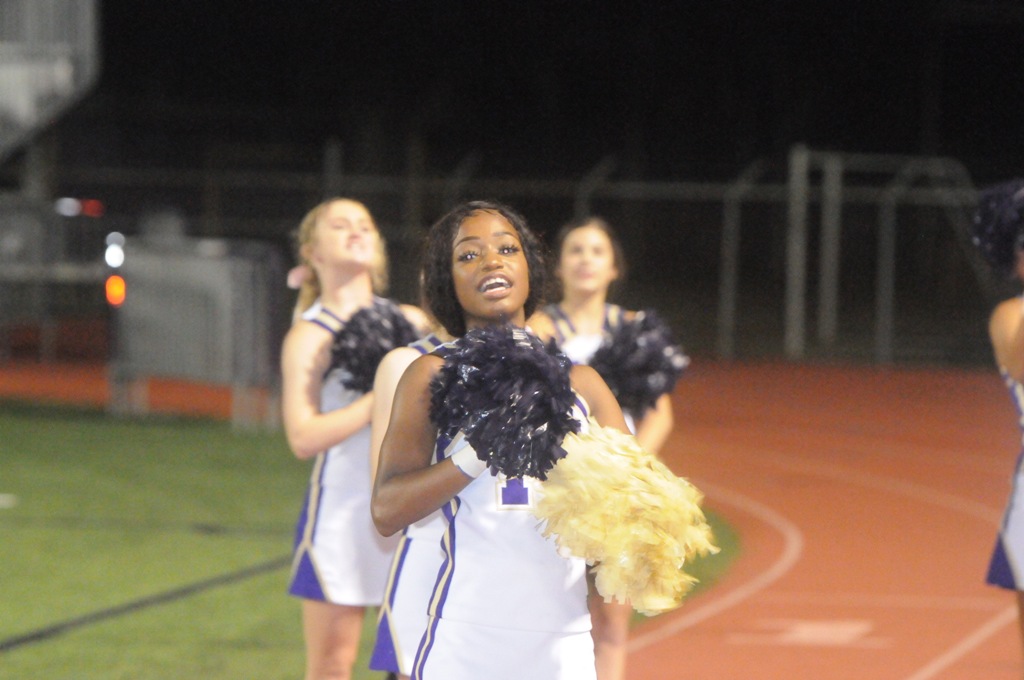 Lucas and the Terrebonne offense certainly provided an early stress test for Hahnville. While HHS just about matched its offensive output of a week ago – last week it won 49-0 over Higgins – this week provided a need to go step for step with another explosive attack. Lucas was fresh off a performance last week in which he tallied more than 300 yards from scrimmage and scored four times.

“If (Lucas) isn’t the best player in this area, show me one better,” Luquet said. “They find a way to get it to him and they’re creative. We gave him the edge too many times, we have some things to clean up … but last time I saw a guy make plays like that, it was a guy by the name of Pooka Williams.”

It was a back and forth offensive battle all night, and it didn’t slow down as the game progressed into the fourth quarter. Special teams, however, provided one of the night’s most critical plays midway through the fourth quarter. With Hahnville (2-0, 1-0) leading 33-28 and facing a fourth down near midfield, HHS opted for a fake punt and got the opening it was looking for. Lorio took the ball and raced 40 yards for a touchdown to put Hahnville ahead 40-28.

“(Lorio) is our Swiss Army knife,” Luquet said of the senior, who played snaps in all three phases Wednesday. “That was my defensive coordinator Carey Melvin’s call. We called time out to set it up. One of my senior linebackers said we’ve gotta go to the left side … we went to the left side, and there you go.”

Terrebonne (1-1, 0-1) answered on its next possession via a touchdown pass from Kyrin Robinson to Evan Oliver that made it 40-34 with 3:50 remaining. 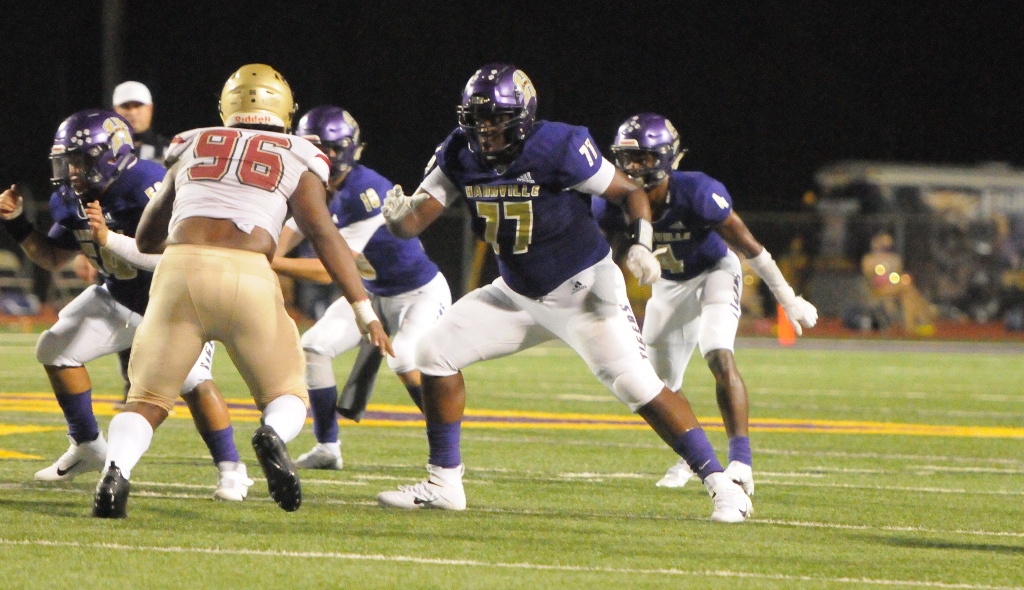 Hahnville converted a quick first down on a pass from Naquin to Lorio on its ensuing possession. Then LaBranch found a seam and blew through the opening to race 70 yards and push Hahnville ahead by two scores again, 47-34.

“Shout out to my offensive line. They made a big hole, and I just made a cut,” LaBranch said.

D’brendon Hill connected with Chavez Brown to pull Terrebonne within a touchdown again, but Terrebonne could not recover an onside kick and Hahnville was able to run out the clock from there.

LaBranch scored the first two touchdowns of the night for Hahnville. HHS led 20-7 in the first half following a Naquin connection with Lorio for a score, then Lucas scored on back to back possessions, one a 36-yard run following a Hahnville fumble, making it 21-20. Another long pass from Naquin to Lorio set up a 6-yard LaBranch score. Midway through the third quarter, LaBranch scored from the 1 yard line on a short dive from the Wildcat to make it 33-21. Lucas answered for his fourth touchdown run of the night to make it a five-point game, 33-28. 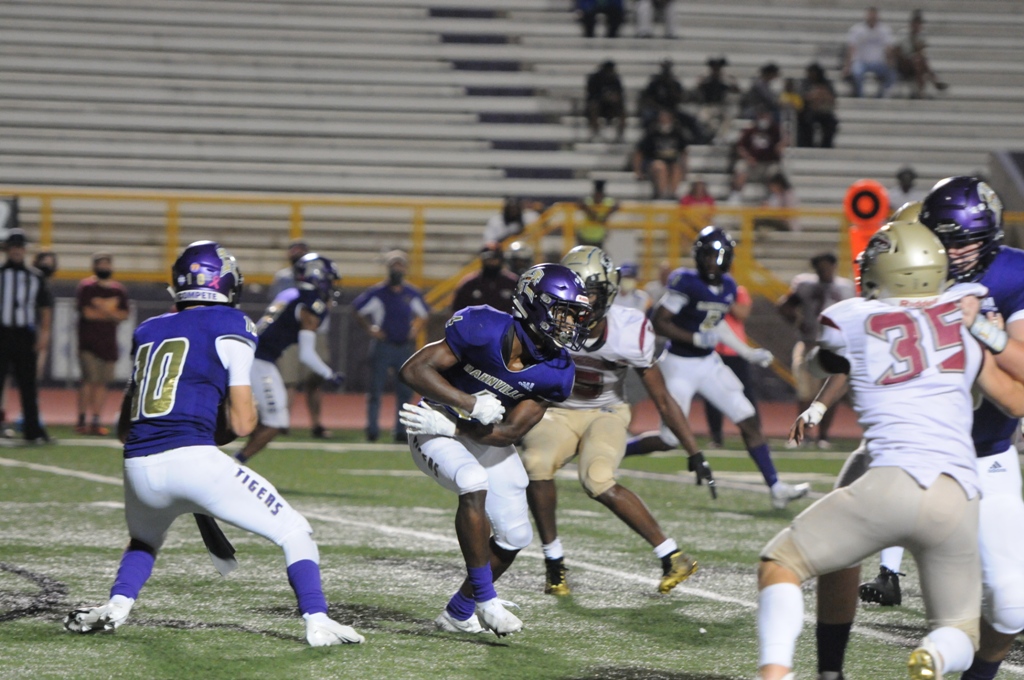 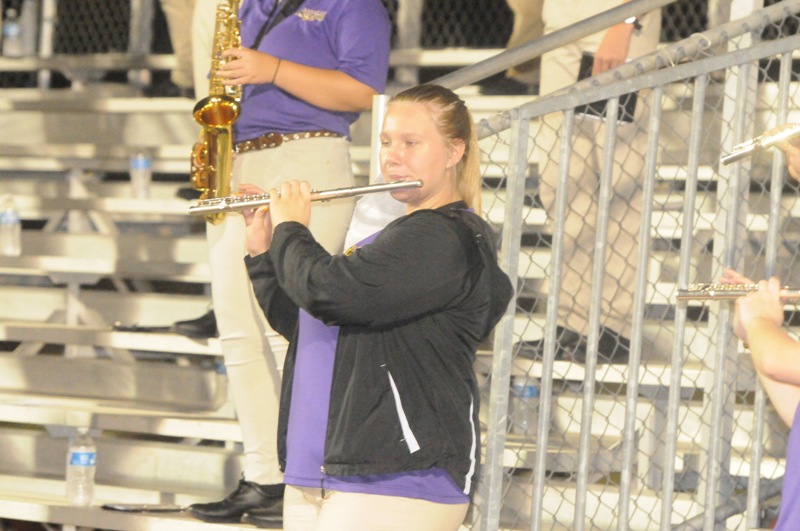