Kaden Pierre’s 19 points – and personal collection of rim-rattling dunks – led the way for the Tigers against archrival Destrehan as HHS remained unbeaten in district play, winning 62-47.

Takouren Grows’ late throw down of an alley oop pass for the Tigers, who have been the class of District 7-5A thus far, drew a howl from the fans and would have served as a true exclamation point on the evening, were not for another late two-handed flush by Pierre to cap the scoring.

“Those dunks, back to back to back, it really brought our fans into it,” said Tyren LeBeauf, who scored 12 for the Tigers. “Those plays helped us keep the lead. We were very motivated, with this being the Destrehan game and everyone out here in support of us. We had to get the win.”

“We got out in transition and we’re not a selfish team, we’re all looking for each other,” Pierre said. “You could see that on the alleys. We’ve got an explosive offense. It’s wide open for everyone to do what they do best. That’s a credit to our coach.” 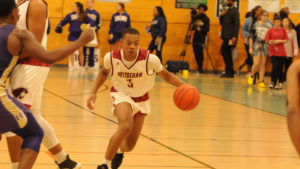 Hahnville coach Yussef Jasmine admitted there may have been a point where the highlight plays caused his players to lose focus – Destrehan cut what was a 20-point lead in the third quarter down to 11 at one point in the fourth.

“We were a little sloppy with the ball … when you have teenagers and you get a couple dunks, everyone on the team wants to dunk,” Jasmine said. “But it can create good momentum too. Our fan support has been great all year and that brings the fans into it.”

An quick spurt in the third quarter pushed Hahnville’s advantage from a 33-20 lead at the half into a commanding lead. Pierce made a dunk, and soon back to back 3-pointers by Harris had Hahnville rolling.  LeBeauf’s 3 late in the third made it a 50-30 advantage.

3-pointers by Da’Corey Ursin and Victor helped cut Hahnville’s lead to 50-36. Destrehan got as close as 11 – Bullock dropped nine in the fourth quarter — before a Dylan Lorio layup pushed the lead back to 13 late, and Pierre’s dunk capped off the night. 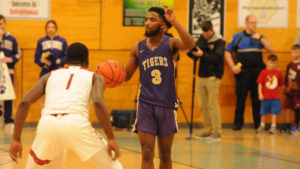 While Destrehan is in the midst of a down year, the game nevertheless will always be a hyped affair for both teams, Pierre said.

“We all know each other,” Pierre said. “We’re always hyped and we all want to show what we can do.”

Jasmine said his players knew nothing ever comes easy in these games.

“(Destrehan) had nothing to lose, and this is a rivalry game,” he said. “You know they want to make this a good night for their fans. I think mentally, our guys were prepared for that … I’m just proud of our guys. We’re playing well right now.”

Destrehan coach Todd Bourg said his team hung tough, but that its execution was lacking on a night they couldn’t afford to have it happen.

“They had two different spurts when they pulled away. We fought back,” Bourg said. “We didn’t execute offensively or defensively, and we were still in the game. Hahnville’s good. They’re coached very well and they’re very athletic. But it’s all about discipline and execution and we didn’t have it tonight.” 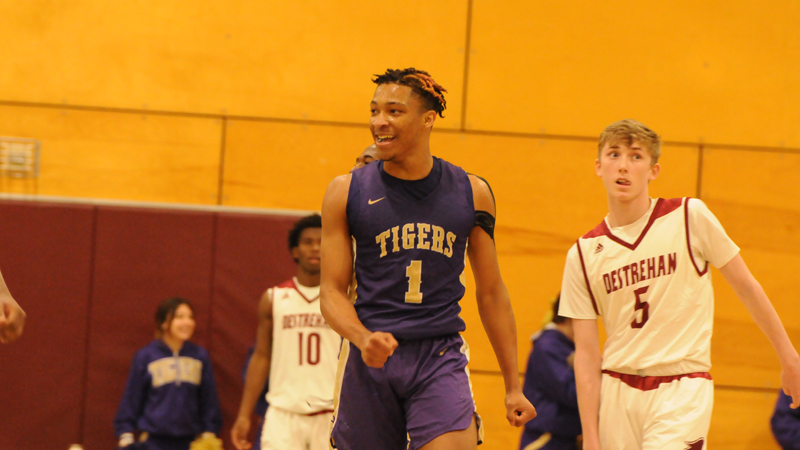 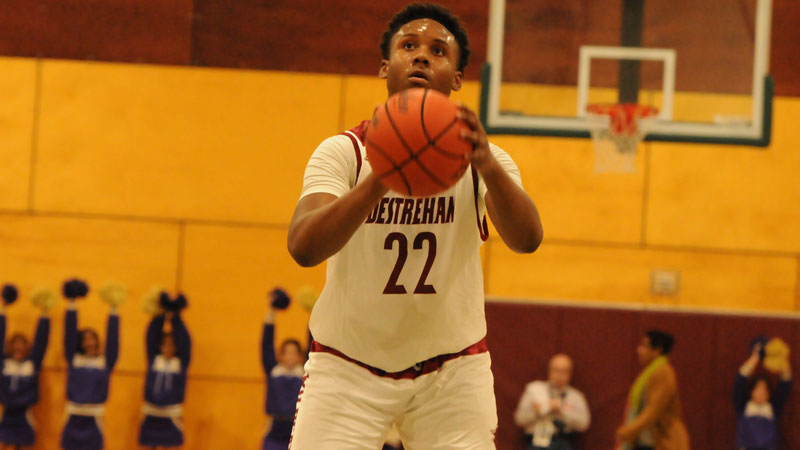