Two games back of the lead in District 7-5A, Destrehan got off the bus at Hahnville Monday knowing that to stay in the mix for a district championship, it would have to deliver a week to remember – starting with a victory over its cross-parish archrival.

The Wildcats delivered exactly that behind the strong pitching of Seth Kenney and Gage Harding, who combined for a three-hit shutout as Destrehan notched a 5-0 victory over first place Hahnville.

“We came into today with a lot of energy,” Kenney said. “We all wanted the same thing and we were smelling blood as soon as we got off the bus. Everyone came out aggressive and our guys picked me up at the plate … when you execute and make plays in big spots, you can’t lose, and I’m real proud of the boys today.”

Said Harding, “We come out and work, rain or shine, and as you can see this was the result … our hitters took a lot of pressure off by putting up those runs. Even with a one run lead, that allows me to come out and really work, and not have to worry about being perfect.”

It was the first of two meetings this week between the teams, with the second set for 4 p.m. Wednesday at Destrehan. DHS is 7-2 in District 7-5A play. Hahnville and Thibodaux are tied atop the district with one district loss each.

Rain has wreaked havoc with scheduling this season, so the two rivals are in the midst of a sprint of district showdowns this week with several matchups rescheduled from earlier this season.

Hahnville had won seven straight games prior to Monday’s loss.

Keston Granier and Garrett Borne each drove in two RBIs for the Wildcats (17-10-1), with Granier earning a triple. Kenney went 2-for-3 with a double and an RBI and Noah Simon went 2-for-3. John Carmichael scored two runs for DHS.

Brandt Dupre led Hahnville (16-12) offensively, going 2-for-3 with a double. Collin Galland had the other hit for the Tigers. 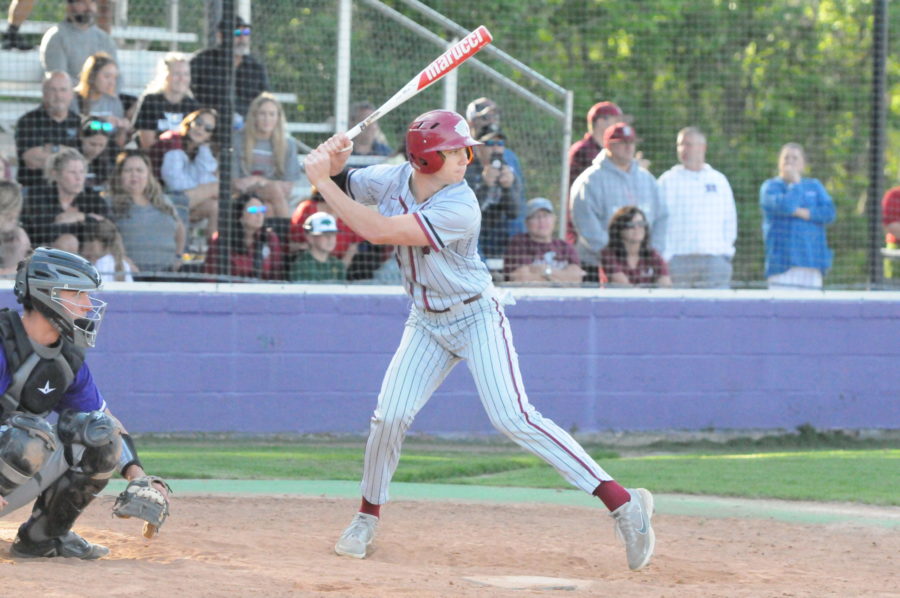 Destrehan head coach Chris Mire said his team maintained focus all day, and it may have proved the difference.

“I think the win goes to the fact we never really got ahead of ourselves,” Mire said. “We chose to start Seth Kenney on the mound … he’s been our senior all year. Every time we’ve had a big road game we’ve asked him to go and give us a chance to win, and he’s done it. I don’t think we ever let the game get away from us. Execution wins game late in the season … we got a few breaks, some timely hits, but I thought for the most part, that was created by the guys in front of those guys getting on base and setting us up.”

In the fourth inning, Granier tripled to score Bryant Cato and Carmichael, after Ty Yoes and Carmichael reached to lead off the inning, making it 3-0.

In the top of the sixth, DHS plated two more runs on a single by Borne, scoring Carmichael and Caleb Clouatre. 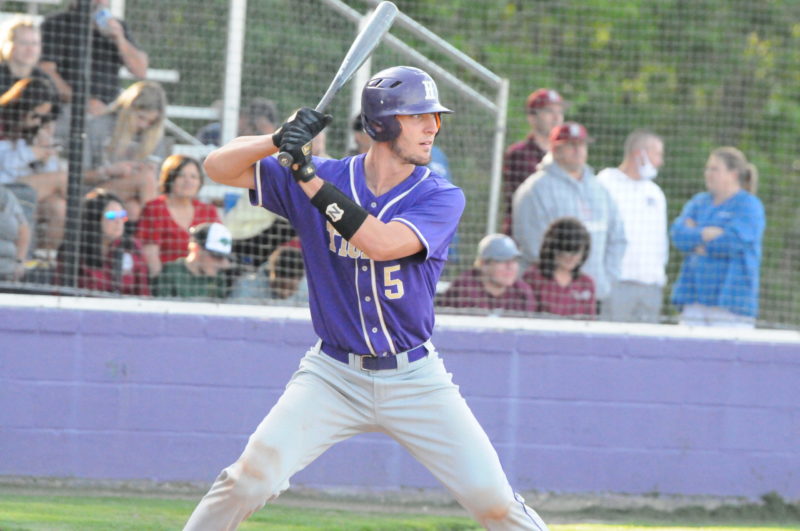 It was strong production from the bottom of the Destrehan order, as Granier hit seventh Monday, while Borne came in as a pinch hitter to deliver the final run-scoring blow.

“Really, the bottom of the order has been great all year. There have been times we’ve been missing that big hit, and we talked before the game about wanting to be in the box for those moments,” said Mire. “I thought Keston did that. He was ready to hit … Garrett came off the bench. It’s been his role all year and for a high school kid, that can be tough to accept. He’s done that, he knows his role and he stays prepared for it. He came in and delivered for us, and credit to him for being ready in that spot.”

Hahnville challenged in its final at-bats of the day. In the bottom of the seventh inning, the Tigers loaded the bases, thanks in part to a pair of DHS errors coupled with a walk by Connor Acosta. But Harding was able to prompt a two out flyball by Collin Zeringue to end the threat and the game.

“We’ve been in some games this year where we’ve let it slip away late,” said Mire. “So if we don’t tack on those runs, maybe you start having some flashbacks,” Mire said. “Credit to our guys for continuing to stretch the lead.”

“It’s a big game atmosphere … we didn’t get that experience last season, and neither did they,” Baudry said. “So the team that drew first blood and was more consistent was going to win the game, I think, and they were more consistent than we were offensively.”

Suspects are innocent until proved guilty in a court of law. Arrests • Diobolique Lumar Sr., 23, of 5446 Burgundy Street in New Orleans, was arrested and charged with aggravated battery and domestic abuse battery […]

One St. Charles Parish Public Schools educator will spend the 2022-2023 school year advocating for his chosen education initiative after he was awarded the 2022 Louisiana Public Interest Fellowship. […]

Lorinda Faye Mcilveene Himes, who loved to be called “Nana” by her kids and grandkids, departed her loving family on June 2, 2022 in Covington, LA at the age of 71. Lorinda was born on […]