Lawrence Mason Owens, 93, of Luling passed away on June 24, 2018, in Ashton Manor Assisted Living in Luling. 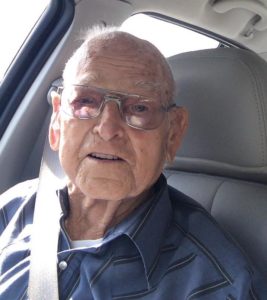 Lawrence was born July 30, 1925 in Lumberton, Miss., to H. Oscar Owens and Daisy C. Jones Owens. He was a World War II, U.S. Navy veteran, a member of Veterans of Foreign Wars Post 3750, and retired in 1982 from Monsanto Chemical Co. He loved playing dominoes and spending time with his grandchildren and great grandchildren.

In addition to his parents, he is preceded in death by his wife, the love of his life, Betty Gray Owens, and his eldest son, Mason Owens.

Fond memories and expressions of sympathy may be given at www.whitefuneralhomelumberton to the Owens family.