It wasn’t all that uncommon an occurrence for someone to mistake Isabella Distefano for her identical twin sister Sophia, or Sophia for Isabella. But for those who know the twins, it’s always an easy call.

“People who know us think it’s obvious,” Isabella said. “If they know our personalities in the slightest, they can’t mix us up.”

Sophia is outgoing and gravitates to leadership roles; Isabella more reserved and comfortable behind the scenes. But beyond their appearance, they still share a few other things in common.

They both like to stay busy, for one. Sophia was Interact president, Thespian secretary and a part of the theatre program, student council and National Honor Society. Isabella was involved in the same activities, the biggest difference was while Sophia was more involved in theatre, Isabella was an officer with the Hahnville dance team.

“It was interesting … our parents kept us in the same class as much as possible growing up, then once we got to high school we kind of grew into our own interests and our own separate people,” Isabella said.

Sophia said the two learned early in their lives the value of getting and staying involved, as well as lending a helping hand.

“We were raised to volunteer all the time, anywhere we could be needed, so if there was something we could do for school we would,” Sophia said. “My dad was part of Rotary Club and coordinated the Alligator Festival … we’d spend the entire weekend out there helping. We learned from our parents. 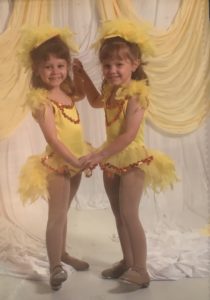 “Ever since I was little and going to church, I’ve seen the impact you can have if you make an effort to help. Handing out toys at Christmas, sometimes that might be the only present a child gets at Christmas. So any chance to help, even if it’s just picking up trash on the side of the road when we’re out walking, I want to do it. When you see the impact, you want to keep going.”

They helped people in part through their work with Interact. The club reached out to the community various ways, like donating baked goods to police and firefighters in the parish.

The two admit they’ve always been competitive with one another, in academics and activities alike. But it’s a friendly back and forth. They share a love for helping others, but also one another.

“We kept that competitive edge (at Hahnville) but in a different way. If I needed her help with a project or she needed me for something with dance team, we were there. We always had each other’s back,” Sophia said.

For the first time, however, they will be completely apart later this year. Sophia is headed to LSU, where she will major in political science with plans to eventually go into law school. Isabella, meanwhile, will attend Southeastern, where she plans to study business administration.

Isabella said she would love to one day work for herself and establish a business, though she’s open to the many paths a business administration degree could take her. Sophia, meanwhile, has long had an interest in law and political science, fostered in middle school through her time with debate team.

“We’ve been together our whole lives, so it’s going to be different, but exciting,” Isabella said.

Added Sophia, “It’ll definitely be different. I know I have friends I can count on, but it’s not the same as my sister who I grew up with.” 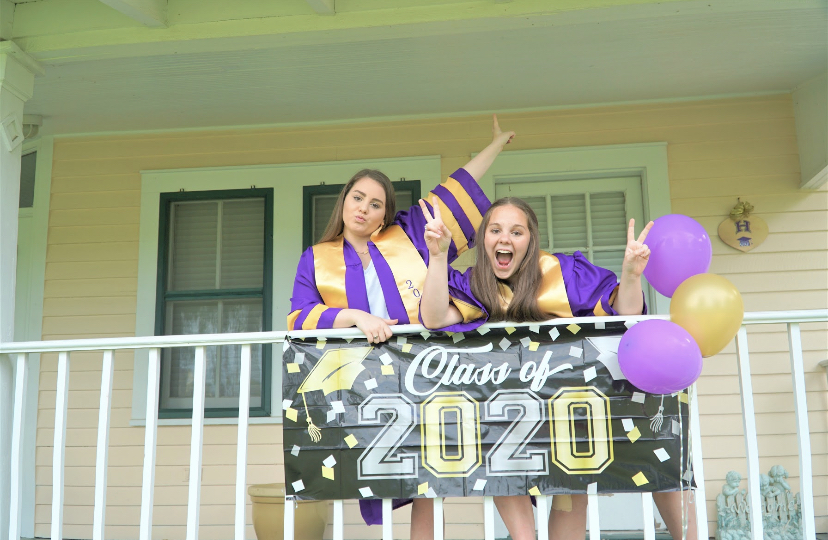 Sheila C. Orgeron, 52, and a resident of Des Allemands, passed away on Tuesday, December 29, 2020. The family will honor her in a private memorial service.  She is survived by her husband, Allen Orgeron, […]

Rodger Earl Talley passed away peacefully in his sleep during the morning hours of Saturday, December 19, 2020. His wife of 52 years, Frances, most keenly feels his unexpected loss. He is survived not only […]

Charles “Charlie” Garcia, 64 a native and resident of Luling, La. passed away on Saturday December 26, 2020, at his home from natural causes. “Charlie” is survived by his mother; Alice Cavalier Garcia, brothers; George […]