Rising slowing and deliberately, first came the pounding of rotors midair and then sight of a Black Hawk helicopter rising above the trees over St. Charles Airport in Ama.

On ground, a film crew for NCIS: New Orleans captured the aircraft maneuvering in the sky as part of the two-day shoot for the TV series. The crew staged a variety of scenes for the military crime drama, which is in Season 5 on CBS.

Across River Road on the levee, the excitement drew a crowd. People gathered to see the production on Monday and Tuesday. Filming began around 4 a.m. and continued through dark.

During the shoots, the crew simulated special effects gunfire, fireballs and smoke to be used as part of production. The centerpiece of the work featured a Black Hawk helicopter flying over the area as part of filming.

In August of 2015, the NCIS: New Orleans crew shot footage for its “I do” murder mystery episode amid the dreamlike beauty of Destrehan Plantation.

The plantation lawn became the scene of the wedding and reception with the dining room turned into a hotel lobby. The plantation has been filmed in other productions including “Interview with the Vampire” and “12 Years a Slave,” as well for the American teen, supernatural television series, “Ravenswood.”

“We try to contribute positively to the community and, hopefully, NCIS is one of those things” – Eric Botnick

“We’re real happy to have this kind of interest in our club,” Botnick said.  “We try to contribute positively to the community and, hopefully, NCIS is one of those things.”

The crew wanted the airport site to use the property for set up and tear down for two days of filming. They were allowed to continue using the airport during the shooting.

Botnick said this is the second time a film crew has used the airport. He said a TV show called “Memphis Beat,” filmed there sometime in 2012.

“What amazed me was they spent 1-1/2 days setting up a park scene,” he said. “They started shooting at sunrise and put in 18 to 20 hours shooting and then tearing it down. The segment was 60 seconds long.”

Because of this experience, Botnick said he’s interested in seeing how much of the future episode will include the airport.

Also, the airport, although somewhat rustic, serves as a training ground for the U.S. Coast Guard, U.S. Department of Defense and local sheriff’s offices to bring in equipment. In times of catastrophe. 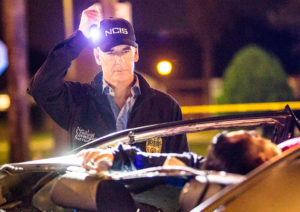 After finding a “tar ball-like substance” on the property, fumes from decaying petroleum and oil seeping into a ditch, the planned Saints Place Subdivision in Destrehan is on hold. […]

Child Advocacy Services (CASA) is appealing for volunteers to serve as an advocate for a foster child. […]