Construction has begun on project backed by NFL Hall of Famer

Construction has begun on the St. Rose park backed by former NFL and Destrehan High School football star Ed Reed, with a target of having it open by this summer.

Land began being cleared for the project in late January. The park is being built near the neighborhoods of Turtle Creek and Preston Hollow where Reed, a St. Rose native, grew up. It is being built on land  acquired by his Ed Reed Foundation and will include a large 40×100 yard multipurpose turf field, two basketball courts, a playground for children, an open area for picnics and cookouts and a parking lot.

Foundation program manager Courtney Aburn-Reisz said the land clearing is expected to be done by the end of March. Then it will be on to leveling and sub-grading work before starting on the construction of a multi-use turf football field, two basketball courts, a walking path and playground. Work on an access road to the park has already begun.

“We’re very excited for the opening and we’re still on track for the summer,” Reisz said, adding that a community build day is being planned between the foundation and their partner “Kaboom!” to construct the playground. The build day would bring together community members and sponsors and supporters of the project to put together the playground section of the park and bring the project to completion.

She said the next big step is securing a contractor for the leveling/sub-grading process, which is being handled by the parish. Reisz said once that is finalized, it will become easier to begin narrowing down more specific dates for the community build day and park opening.

The park’s construction will be a collaborative effort between the Ed Reed Foundation, fundraising efforts, St. Charles Parish and other organizations.

According to foundation director Glenn Younes, Reed’s desire to build a park in his hometown stems from his belief that it’s a need for his community after an old park was eliminated in order to build houses.

The thought is the park provides access to safe facilities, positive programs and mentors. To that end, Reed and the foundation hope to use sports as a means to direct children down a positive path. 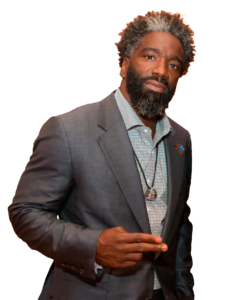 The flashing lights of police cars and fire engines were unmistakable at St. Charles Parish Hospital Monday night. In this instance it didn’t signify emergency, but a show of support, solidarity and gratitude. […]

When members of Shell Norco’s Emergency Operations Center had the idea to repurpose flame-retardant uniforms into masks, they knew just where to turn. […]

Later this month, Lawrence Silver will enjoy his 96th birthday, a landmark that the Destrehan man quipped will punctuate a month of celebration thanks to his family. […]