When speaking about her passion for competing in the amateur wrestling world, Abby Nette often notes the sport is as mental as it is physical – and at times, that mental side takes stage, front and center.

A physically dominant performer, the Destrehan High School alum and St. Rose native has worked diligently to harness her mental strength in the same way. And after a loss on day one of the Olympic trials threatened to extinguish all she had worked very hard for, she had a chance to put that mental fortitude to the test.

She passed with flying colors. Nette fought back after the loss to finish third at the trials, qualifying for the final spot on the U.S. National Team – capping off her run with a win over the wrestler who defeated her on the previous day.

“I thought it would be impossible to wrestle all the way back,” Nette said. “I didn’t know if I had the energy … I didn’t think I did and I knew it would be a long day. I wrestled my butt off to get back.”

She climbed back through the bracket while on the brink of elimination to secure her national team position, the second time she has qualified for a national team, the first in an Olympic year. It puts her third on the Olympic team ladder in her weight class, making it unlikely she would have the chance to go to Tokyo for the summer Olympic Games – the first and second qualifiers at 57 kg would both have to be rendered unable to compete – but she nonetheless made a national team that “grades” on a much tougher curve. Whereas in non-Olympic years competitors are split among 10 weight classes, there are only six classes in an Olympic year, meaning the best of the best are condensed down and compete for fewer spots.

“That’s something I’m really proud of … it’s a pretty awesome accomplishment to make the national team this year, because since it’s condensed down, you have very, very good people in every single weight class. There’s nothing easy,” Nette said.

Of course, Nette had aspirations of being in the championship match, but her loss to Guerin spoiled that and threatened to block her from qualifying altogether. Perhaps drawing from the experience of previous qualifying experience, Nette said she expected that others might be a bit anxious and emotional at the opportunity, and the plan was to take advantage of those mistakes.

But when the first match came, Nette admits her own anxiety may have got the best of her.

“I started overthinking … of course, then I started to get nervous and started to tighten up,” Nette said. “Losing that first one, I was devastated. I started to question why I was there and really started to feel sorry for myself.”

Later that day, she began to pick herself back up, and vowed to her coaches to get through what promised to be a day that would test her greatly – and to not just get through it, but to qualify for the national team. 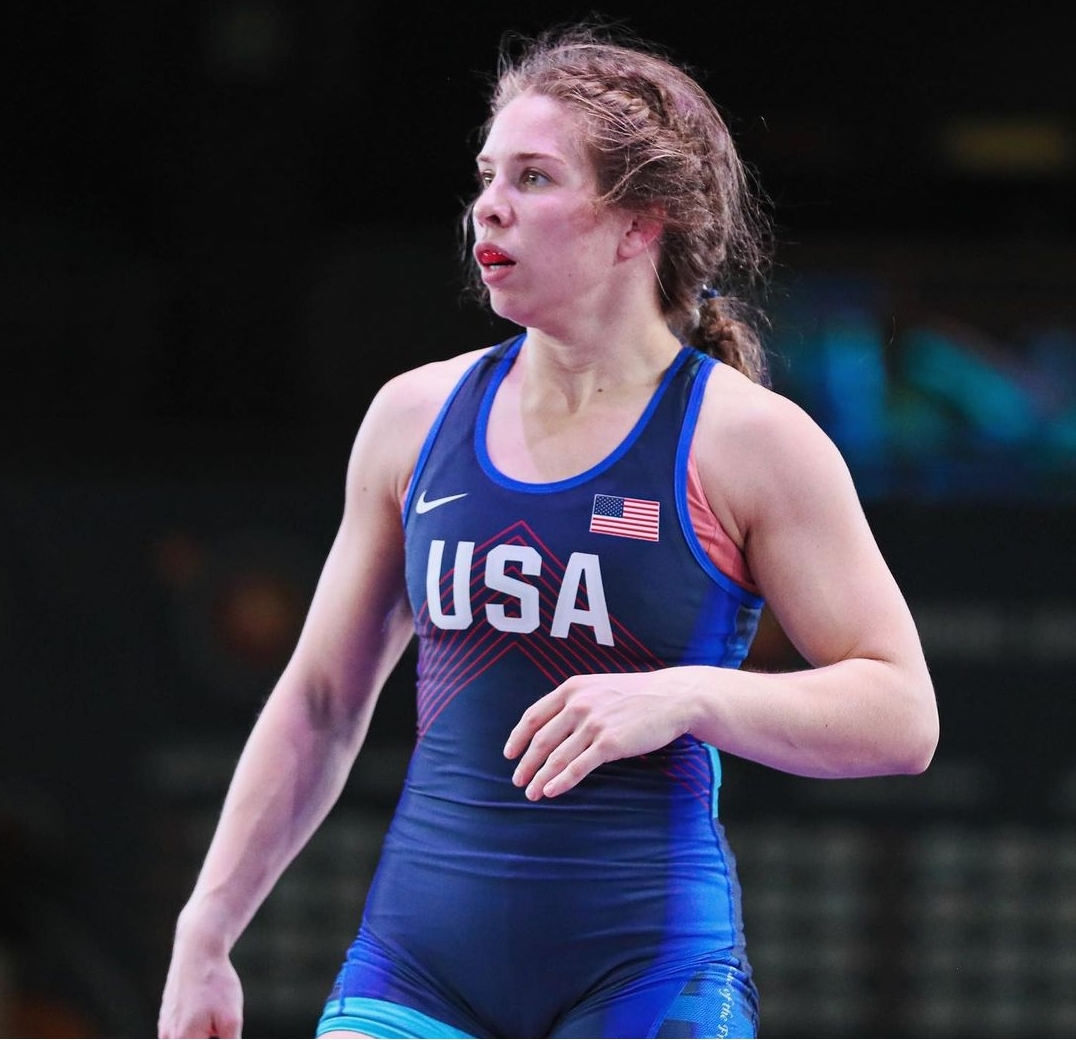 Once she climbed back to a rematch with Guerin, she tweaked her original gameplan.

“We were scrambling all over the place in the first match … I wrestled a more disciplined match the next time and looked to capitalize on any mistakes she’d make,” Nette said. “That’s how I scored each of my three points. I didn’t put myself at risk, because I knew she was dangerous with defensive moves. I didn’t shoot (for takedowns) as much.”

Nette said she was proud of not just fighting back that day, but for the personal growth she’s achieved through the past year that she feels made her success possible.

“I feel like I’ve overcome a lot,” Nette said. “I felt like I hit a wall recently where I was unhappy about a lot of things, where I was with my life … eventually I just started climbing over that wall. So to come back after losing (at the trials) … yeah, I do wish I could have beat (Guerin) in that first match. I did plan to be in the finals. Everyone there did. That’s the moment, and I didn’t get to have that, I got the next best thing.”

Nette said while COVID-19 altered a lot of plans for the trials, including the year delay, some of it may have been beneficial. She said being able to focus on training specifically, full-time for the trials helped, as opposed to being in the midst of collegiate competition as she would have been were the trials held last year. She felt like she was able to get into better shape, and while there were restrictions that limited her chances to tune up in live competition, she was able to enter a couple of competitions leading up to the trials.

She went 20-0 in her senior year at Campbellsville University and earned the prestigious Patricia Miranda Medal, an award honoring an outstanding athlete in women’s college wrestling who excelled over their career.

Her mat resume is quite a rich in accomplishment. Over her final two seasons of collegiate competition, she won 60 matches while losing just one, sitting atop her division as the top-ranked competitor for the majority of that time. She was the 2020 U.S. Open tournament champion. Nette also placed second in the 2019 Open and third in the 2018 Open.

Nette began wrestling at the age of 6, and she credits her father for lighting that spark in her.

“He has a great love for the sport, and that really drew me to it, especially once I got to high school,” she said. “He often believes in me more than I did myself. He’s one of my huge influences and he pushes me to keep getting better.”

She plans to keep refining her craft.

“This isn’t the end. This is only the beginning for me.”

Amanda Elfer been asked the question many times since Hurricane Ida: “Are you guys coming back?” The truth is, for Elfer and her family, that was never a question at all. St. Rose Tavern was […]