Last year, Ivory Sims became a published author for the very first time with the printing of her first book. A year later, the sequel has arrived.

The book, called “The ABCs of Dryston’s Autism,” conveys many of the St. Rose mother’s experiences with her now 7-year-old son, Dryston, who is non-verbal. He was diagnosed with autism when he was two years old. Her first book, “Dryston, it’s OK,” was centered around the challenges autistic youths deal with, such as handling mistakes. “The ABCs” go into more specifics than the first book, detailing more of Sims’ personal experiences to hopefully provide a road map for parents encountering similar scenarios for the first time.

“This one elaborates on the daily things we go through,” Sims said. “From visiting places like the grocery store, being at home together … just learning your routine is so important. It’s about being positive for your child and being supportive of a child with autism.”

The book, published by Fulton Books, is now available at Barnes and Noble and Amazon while digital copies are available on Google Play.

“I am very proud,” Sims said. “I feel like I started something and I feel accomplished, like, ‘ yes, I am a stay-at-home mom, but there’s so much more I can accomplish. It just inspires me to push myself to do other things.”

One of the key points she illustrates in the book is to shut out negativity from those who might be unfamiliar or uneducated on the unique challenges presented by autism.

“Family is important … it’s the most important thing, and make it the priority,” Sims said. “Don’t worry about others. In the store, out and about … if someone says anything negative, just keep going and pay them no mind.

“You know your baby. Handle it with your baby, and don’t worry about the people who don’t know any better.”

Dryston is nonverbal—approximately 30 percent of people diagnosed with autism never learn to speak more than a few words. Those with autism can be prone to bursts of distress or emotion that can be difficult to manage — not limited to children —for both the afflicted and their guardian or companion at a given time. 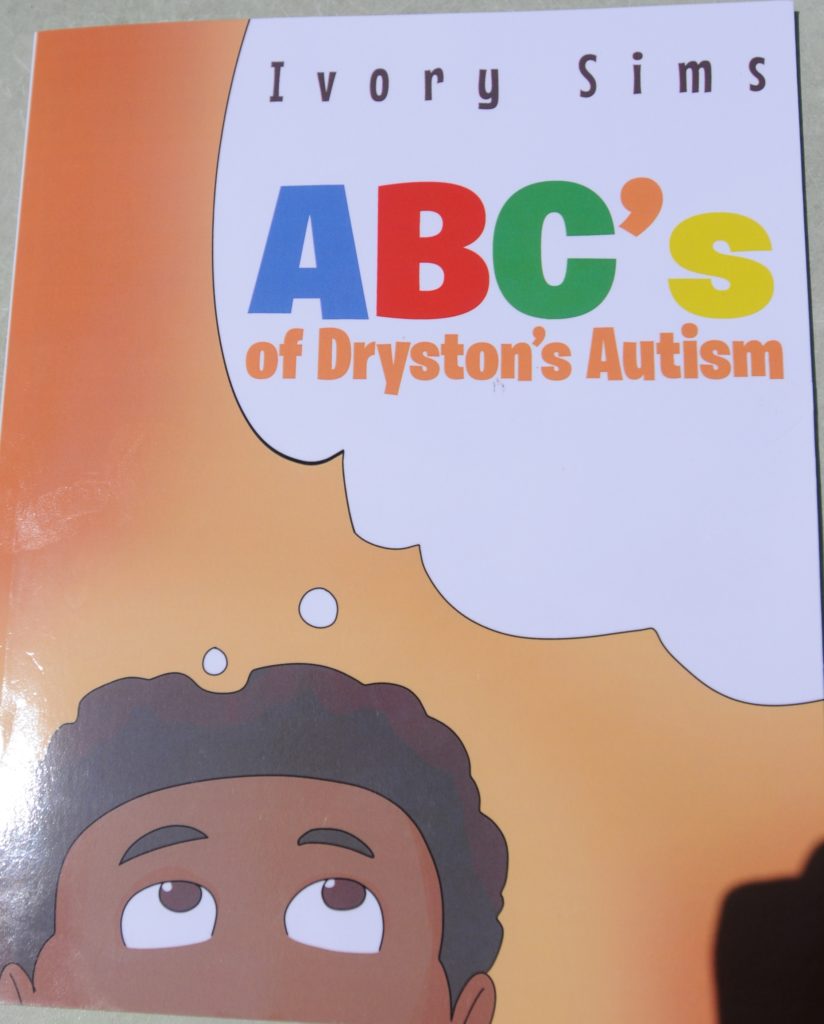 Sims began to have concerns about Dryston’s development when he was 10 months old because he was having difficulty crawling, then at the age of one he wasn’t learning to speak at the expected pace. She had his hearing checked out, and it was “perfect.” She was referred to an early steps program, and at that point the prospect of autism was discussed. After an evaluation, that suspicion was confirmed, and it was an emotional time, Sims recalled.

Though it was only a little more than a year ago when Sims received the early published copies of her first book, ‘Dryston, it’s OK,’ her son has grown so much since that time, both physically and in his development.

Due to COVID-19, he has been E-learning at home and working with his teachers online. While Sims said she does want Dryston to have that in-person social interaction, the home-learning has had its benefits for her son.

“At home, he’s in a safe space and he’s comfortable learning here,” Sims said. “And he’s growing so much with his language. I thought we would have a bit of rough time with his math stuff, but he’s really catching on fast. With his writing, we’re getting there, but he’s further along than I thought he would be.”

For Sims, the realization of both of her published works brought her great pride.

“But the second time … I don’t know, it just gave me the feeling of ‘Wow, I did it again. And I could keep doing it,’” Sims said, adding she isn’t sure what her next step will be writing wise, though it sounds like more of a matter of “when” than “if.”

“I’m looking forward to hearing from people on this one,” Sims said. “After the first book, I heard a lot of good feedback from people who had read it and who appreciated hearing my experiences. This one, we just got it, and I hope it helps people, too. I want it to be a stepping stool to help those families.”

Betty Laque Tregre, age 82, of Luling, LA, passed away peacefully in her home on Saturday, April 17, 2021, surrounded by her loving family. Betty is survived by her former spouse, Radford Tregre, her children, […]

Catfish Festival is back on

The Louisiana Catfish Festival will officially be back in 2021. […]