The St. Charles Parish Sheriff’s Office is requesting the public’s help in locating a man reported missing whose truck was found on top of Hale Boggs Memorial Bridge in Luling. 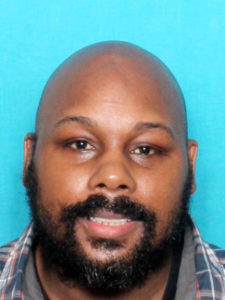 Tramaine Harrison, 40, from St. James Parish was reported missing by his girlfriend shortly after 10:30 a.m. Oct. 4 when she saw his truck on the bridge, according to the Sheriff’s Office.

She told police she was unable to make contact with him. The last known contact with Harrison occurred on Oct. 3 around 8 p.m.

“The girlfriend advised that, due to the location of where Harrison’s vehicle was parked and the fact that she was unable to get a hold of Harrison, she was in fear for his well being,” according to the Sheriff’s Office.

A Raceland man arrested in St. Charles Parish last year on the night he and an accomplice allegedly shot and killed two men was convicted on two counts of second degree murder by a Lafourche Parish jury. […]

Despite a resident’s appeal to help protect property she says has been in her family more than 150 years, the St. Charles Parish Council rejected her rezoning request. […]

Coming off of its best back-to-back seasons in program history, the Destrehan Ladycats soccer team has had something of a strange 2019-20 campaign so far. […]