A second candidate has withdrawn from a St. Charles Parish race for the Oct. 12 primary election.

Regmon Chaney of Luling, who was running against incumbent Julia Fisher-Perrier in Council District 7, has left the race, according to the Louisiana Secretary of State.

Chaney said he wanted to give back to the community, but his situation changed.

“There was some unforeseen professional and personal circumstances that would not let me give 100 percent to campaigning,” he said. “As much as I wanted to run, if I can’t give my 100 percent, I’ll wait until another opportunity when it’s more appropriate.” 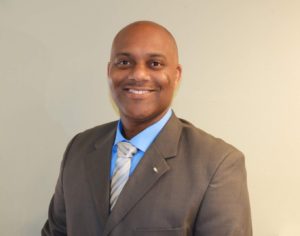 Chaney added, “I just wanted to make more of a change. It’s easy to sit on the sidelines saying you want change, but it’s different when you put yourself out there.”

The primary election has been a challenging one in the parish with two candidates withdrawing and two lawsuits challenging other races.

A lawsuit against Matt Jewell, who is running for parish president, went to the 29th Judicial Court Wednesday (Aug. 21) on residency and was dismissed.

A second one against Melinda Bedi resulted in her being disqualified from the sheriff’s race for not filing tax returns for two years. Bedi is appealing the decision with a response anticipated by Friday (Aug. 23).

The St. Charles Parish Sheriff’s Office is seeking the public’s assistance as a result of a shooting which occurred Sunday, July 24, around 8 P.M. along LA Highway 3127 between Taft and Hahnville.   […]