Although it’s been discussed since 2018, plans are underway to build a splash park near the Edward A. Dufresne Community Center in Luling.

The $2 million project calls for a splash park, baseball quad, restrooms and parking on about 10 acres.

Parish President Larry Cochran said $500,000 in funding has been secured for the splash park with the 29th Judicial District Fund. Another $1.46 million for the quad, restrooms and parking would be paid through the parish’s 2020 budget.

“Discussions or this project began in 2018 and monies were placed in the 2019 annual budget,” Cochran said.

Residents have questioned why the East Bank got a splash park, which has become a popular recreational feature in St. Charles Parish, and not the West Bank,

But Luling architect Joey Murray, who has a proposed design for the project, said parish officials advised they didn’t want “to do a lesser one on the West Bank and wanted to have the same amenities as the one proposed for the East Bank.”

Murray did say the water park is totally different from a swimming pool because it’s designed for younger children and toddlers. This splash park will be similar to the one on the East Bank. The baseball quad would have four baseball fields in a quad configuration.

The park location is proposed on acreage in the southernmost portion of the community center property, and it would leave substantial property to the west of the center still available for future growth, he said. It would be located across from the Dr. Rodney R. Lafon Performing Arts Center.

Murray said they started working on the project design in the spring when Judge Robert Chaisson committed the funding for the splash park. Murray said similar funding was also provided for the East Bank splash park.

Nicky Dufrene, District 4 councilman-elect for the Des Allemands area, said if money is allotted and there’s approval for the project, he supports the park.

But he also said if it was possible to have input on the project, he’d prefer to have a say in it.

Parish President-elect Matt Jewell agreed, adding he’s asked the council to hold parish contracts to allow him and four councilmembers-elect to have a say when they take office.

Jewell said, even with the requested moratorium on parish projects, he doesn’t necessarily have a problem with the splash park, but he wants to be informed about it before a contract is approved.

“On recreation, we want to improve quality of life,” he said. “And we want to make sure we get the best bang for our buck.” 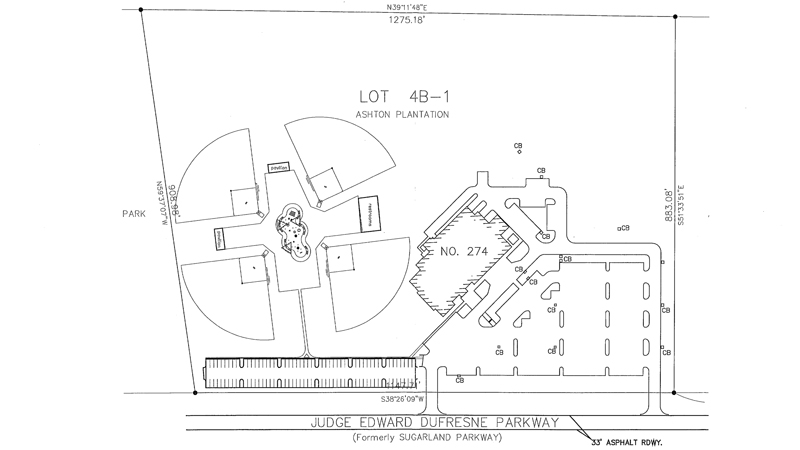 For much of his life, Tim Roberts has starred on the gridiron, be it as a star linebacker at Hahnville High School or as a record-setting safety at the University of Buffalo. […]

Hahnville’s Makenna Cortez stepped to the plate with a job to do on Tuesday, with a runner on third and no outs in the bottom of the ninth inning against rival Destrehan. […]

Club aims to include, encourage children with physical mobility issues

Sherry Richmond-Frank’s desire to impact the lives of children who are born with physical mobility issues started decades ago when her now adult daughter, Jesse, was born with spina bifida. […]