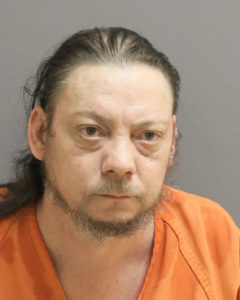 A Paradis teen was shot to death and his mother seriously injured around 6 p.m. Sunday (April 22).

St. Charles Parish deputies found a deceased 15-year-old male inside a mobile home in the 100 block of Lynn Drive in Paradis. A second victim, a 43- year-old female and mother of the deceased male was transported to a local hospital with multiple gunshot wounds in serious condition, according to the Sheriff’s Office.

The 49-year-old father of the deceased, Ed Veillon Jr., was treated for non-life threatening injuries and taken into custody pending further investigation. He is charged with first-degree murder and attempted first-degree murder.

A 9-year-old girl, the daughter and sister of the victims, fled the scene during the incident and alerted neighbors of the shooting leading to the 911 call.

There is currently no indication that anyone besides members of the immediate family were involved and there is no threat of danger to anyone else in the area, according to the Sheriff’s Office.

The investigation into this incident is ongoing.

Deputies with the St. Charles Parish Sheriff’s Office were dispatched to a residence in the 200 block of 4th Street in Luling just after midnight on Jan. 9 after receiving a call from a female requesting medical aid for a male. […]