From where Sal Digirolamo is standing on Apple Street, the view of a changing Norco represents his love and hope for a place that has been his home since birth.

It is, after all, an accomplishment for the man who has become known as the “mayor of Norco.”

“To be called mayor of any community you must have done a lot to better that community,” Digirolamo said. “While many called me mayor of Norco, I was reluctant to accept it because I always felt that our success was a group effort.”

Digirolamo is actually president of the Norco Civic Association (NCA), which has served as the unincorporated area’s leadership since it was formed. As the group’s founding president for 24 years, he has represented an organization that has sought to make it a better place to live and work, as well as be accepted by St. Charles Parish.

At age 90, though, the “mayor” has announced he is retiring effective Aug. 27 when the NCA names its new president.

“Needless to say, I don’t feel very good because it has become such an active part of my life, and I know I will really miss it,” Digirolamo said. “However, for the good for the association, it’s time for me to give it up.”

Although retiring as head of the organization, he will stay on as president emeritus in hopes of seeing the completion of the Norco Revitalization Program, which is now in its fifth phase funded by Shell’s Norco Economic Development Foundation.

“The one item that I’m very excited about is the establishing of the Norco Town Square, which will be owned, maintained and upgraded by the NCA,” he said. “Current plans are to have a display honoring all Norco veterans and a marker commemorating the visit of President Franklin Roosevelt to Norco in 1937.”

He envisions the town square serving as a central location for Norco, which Digirolamo said they hope will help revitalize the area, which he said was once a bustling economic hub.

“While many called me mayor of Norco, I was reluctant to accept it because I always felt that our success was a group effort.” — Sal Digirolamo

Digirolamo still wants to improve some of Norco’s older homes and businesses, and especially hopes to do the same for some of the area’s less fortunate people.

“Norco is a very old community and with the influx of new citizens and their input our goals are fluid and continually changing,” he said.

Improving drainage has been and continues to be a top item on his list of area projects.

“Over the years we have worked with the parish and tried many different ideas,” he said. “However we still have some homes that flood and that is unacceptable.”

Despite improvements, the area still floods, he said.

“We still have drainage problems, however, I do think when the current plan in place is complete our drainage system will prevent homes from flooding,” Digirolamo said.

Aided by the 305-member NCA, Digirolamo said if he’s achieved anything it’s because he was surrounded by “people that are better than you and I must say that was the one thing I was best at doing.”

Under his leadership, the NCA welcomed industry.

“Over the years, we have shown that industry and communities can safely coexist and improve our way of life by protecting our environment and through awarding community grants, manpower, providing playgrounds throughout Norco, etc.,” he said.

The NCA also started the Handy Man Committee, which provides services to those in need, such as handicap ramps and small home repairs. A beautification committee handles upkeep of flower beds and installs seasonal banners and more. It re-established the Norco Christmas Parade, and is in the process of creating a restrictive covenants committee to handle code violations.

Digirolamo’s success with improving Norco comes from his deep roots there. 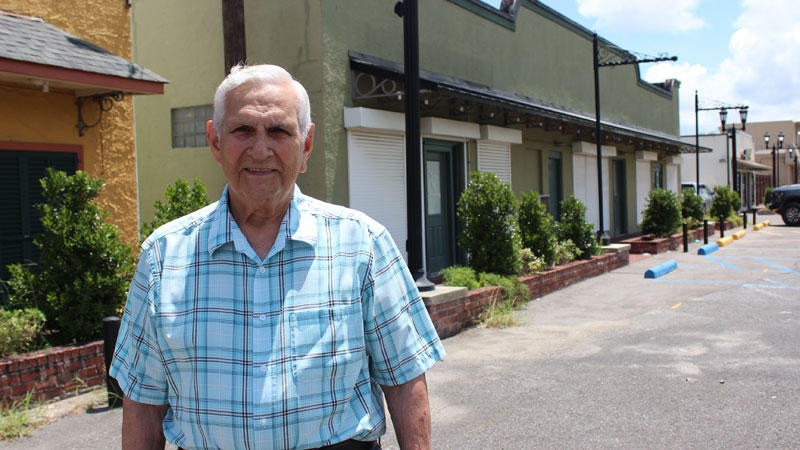 “When you are doing things you really enjoy with people that really care, being president for 24 years was fun and very hard to give up,” he said. “I wish I could have stayed longer, but I could tell it was time to give it up. It’s not just the many things we were able to accomplish but the many close friendships that developed and the joy of working with so many that really cared about Norco and not for personnel gain.”

“There is something special about growing up in Norco,” Touchard said. “You don’t have to ask Mr. Sal to explain that. You just have to spend a little time with him and you’ll understand that his Norco roots produced a man driven by an incredible love and passion for his hometown. His commitment to family is always first but his community concern and pride never fades. Some people might call him a pillar of the community but I think of him as a foundation. Thanking him for lifelong service goes without saying. My only question would be ‘How can we find big shoes like yours to fill?’”

“Norco is in my opinion is a great place to live and work and I would like to see it stay that way,” he said. “One big happy family.”

The St. Charles Parish Sheriff’s Office is seeking the public’s assistance in identifying a subject allegedly involved in a burglary reported on Dec. 31 on River Road in Montz. […]

Federal crackdown is taking its toll on CBD

Amid CBD’s booming sales in the United States, the U.S. Food and Drug Administration is cracking down on the substance. […]

With 4:10 remaining in the first quarter of Hahnville’s District 7-5A clash at home with East St. John Friday night, Claudell Harris Jr. sank a 3-pointer. […]