A push to expand gambling in Louisiana gained momentum this month as the State Senate approved a bill that, if ultimately passed, would allow sports wagering on a parish by parish basis.

If Senate Bill 130, continues to receive the needed support to become reality, it would allow state residents to vote in November whether to allow betting on collegiate and professional sports in their parish.

Sen. Gary Smith Jr. (D-Norco), the committee’s chairman, calls the gambling industry “our business partners” and said it’s time for Louisiana to be on even footing with other states that have gambling and gaming, most of which allow sports betting – like Oklahoma, Arkansas and Mississippi, the latter the most recent to allow sports gambling.

“We’re gonna say it’s legal, by way of this citizen’s bill, make it the best we can make it, and give our state all the tools it needs to compete with other states and not have our people at a disadvantage,” Smith said. 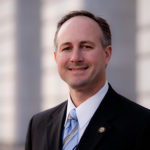 And with both sides of this partnership – the state’s citizens and the gambling industry – hurting from the damage inflicted by COVID-19 – Smith argues it can help salve the wound for each.

“That industry’s become a good partner for the state. It produces a lot of good jobs, stable jobs, for thousands of Louisiana’s citizens, many who have made careers out of it,” Smith said. “Gaming has produced a very stable and viable source of revenue for the state. It brings in more than oil, gas and tourism at this point. And with all of these outlets shut down for two-plus months, it’s just another element that reduces revenues for our state.”

Smith said while sports gambling’s legality varies by state, people across the nation spend millions each year betting on sports, and have done so prior to its legalization in many places. It’s no different in Louisiana, but what can change, he says, is it can be done in a more safe manner with proper oversight.

“We know people in Louisiana bet on sports,” Smith said. “This will give them a legal and safe place to do so if they’re going to do it. We already have legal gaming, so this is just another aspect of it. We haven’t had all the ills that were talked about when (gaming issues) those things were passing all these years ago. It’s been a very regulated industry.

“It takes (betting) off the black market and gets it into a legal element of what you’re doing, something with guidelines, rules and regulations. They know they’re betting safely if they win and they’ll get their payout in a safe environment.”

Last year, the Senate approved a bill to legalize sports wagering, but it did not pass in the House of Representatives. Smith believes it’s more well-positioned this time around to push through.