Pro Football Hall of Famer Ed Reed established Parquet Park in his hometown of St. Rose not that long ago – and a fellow pro football star and St. Rose native just delivered an upgrade to the site.

On Monday morning, Destrehan High alum and Minnesota Vikings wide receiver Justin Jefferson returned home and dedicated brand-new fitness equipment for the park and the St. Rose community enjoying its amenities. The equipment gift was secured through KOMPAN Sport and Fitness, as well as through Jefferson’s partnership with Optimum Nutrition.

Through that partnership, Jefferson and Optimum seek to improve access to fitness in underserved communities. The donation is intended to help establish a permanent public fitness resource for his home community. 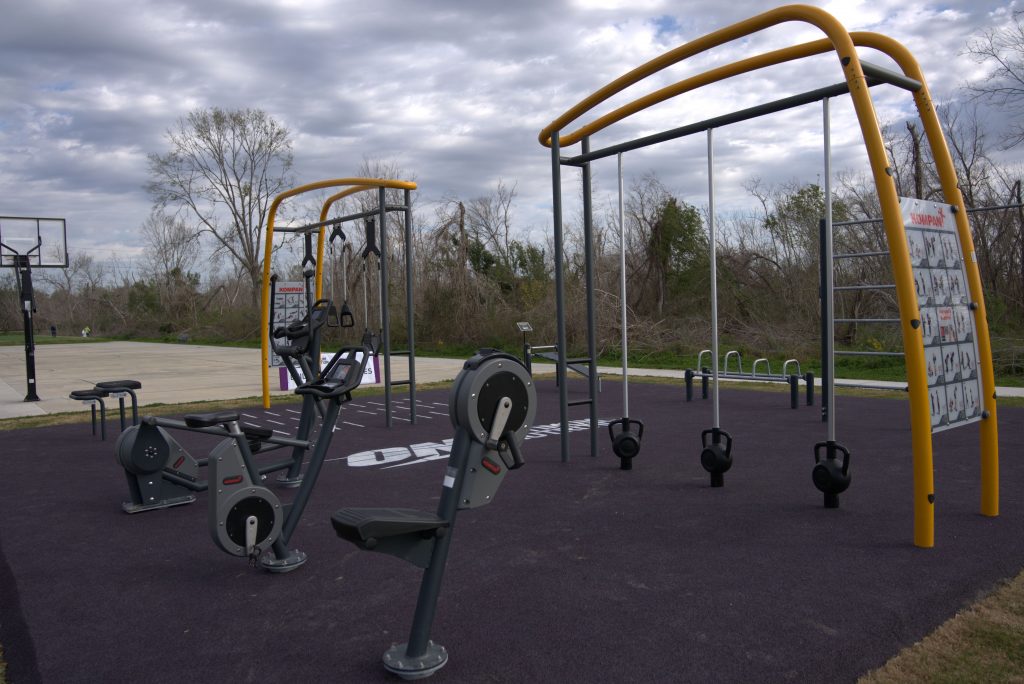 Parquet Park officially opened last July. It was the vision of Reed to establish a playground for the community’s youth aimed at providing children access to safe facilities, positive programs and mentors, while serving as a symbol of hope and healthy choices. The playground is near the streets of Turtle Creek and Preston Hollow where Reed spent his childhood, at 190 Short Street. It was named for Benjamin Parquet, who mentored Reed as well as many other young people in the community over the years.

Jefferson has made a habit of promoting healthy habits locally. Last summer, Jefferson returned to St. Rose and hosted a workout event for area children with Optimum Nutrition. 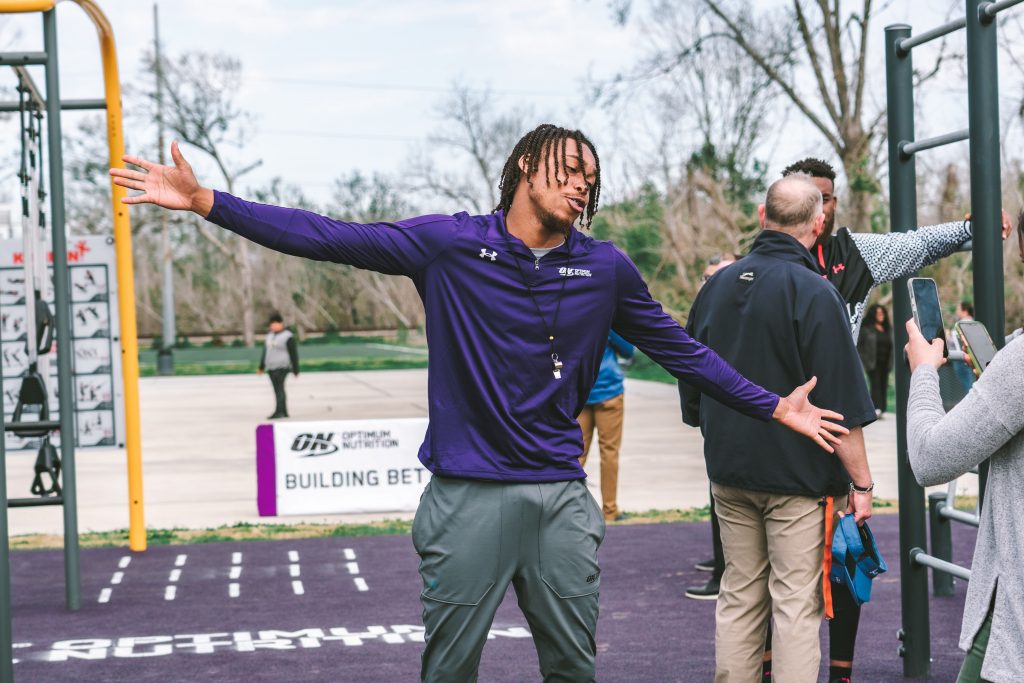 “We’re talking about nutrition and how it works toward better lives. I’m trying to give back to our community and supporting getting fit,” Jefferson said prior to that workout.

It wasn’t that long ago that Jefferson was a relatively unheralded collegiate football prospect following a strong career at Destrehan – but he now stands as one of the most recognizable athletes in the NFL.

After arriving at LSU without much fanfare relative to other prospects, Jefferson quickly established himself as one of the Tigers’ top wide receivers. As a junior in 2019, he posted arguably the best statistical receiving season in school history, posting 18 touchdowns and 1,540 yards on 111 receptions – including a 14 catch, 227-yard, four touchdown day in the National Semifinals against Oklahoma. That all helped lead LSU to immortality via an unbeaten season and National Championship.

By the end of his first season with the Vikings, Jefferson set the NFL record for the most receiving yards by a rookie in NFL history, his 1,400 yards eclipsing the mark set nearly 20 years ago by Arizona’s Anquan Boldin in 2003. He caught 88 passes and scored seven times.

Though that rookie record was broken one season later by his former college teammate, Ja’Marr Chase of the Cincinatti Bengals, Jefferson would have no sophomore slump, improving across the board. He caught 108 passes for 1,616 yards and 10 touchdowns in 2021. 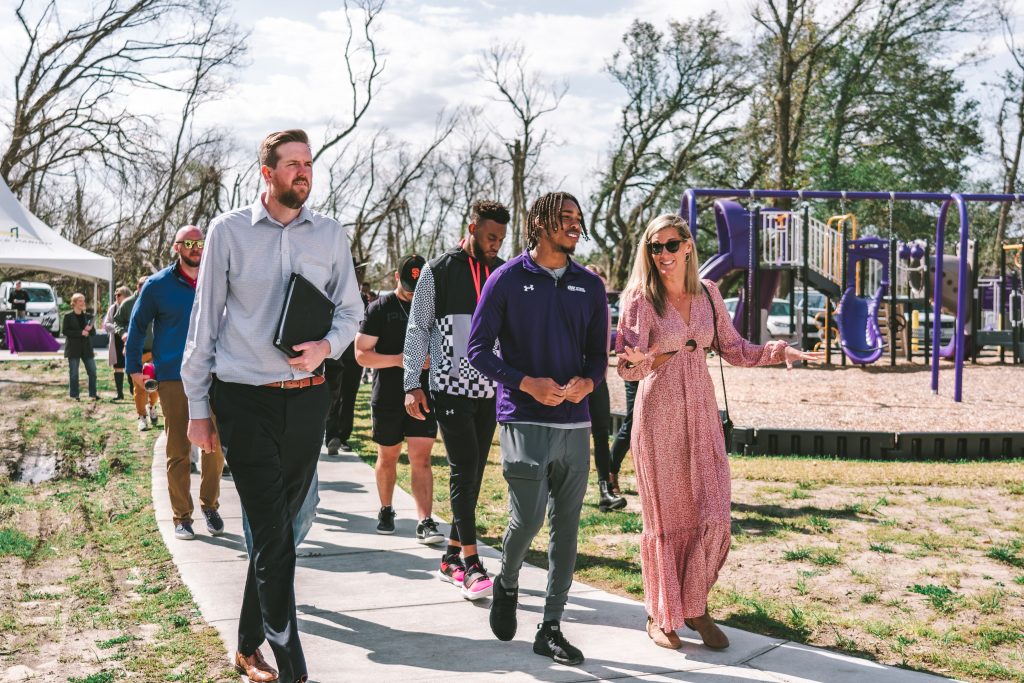 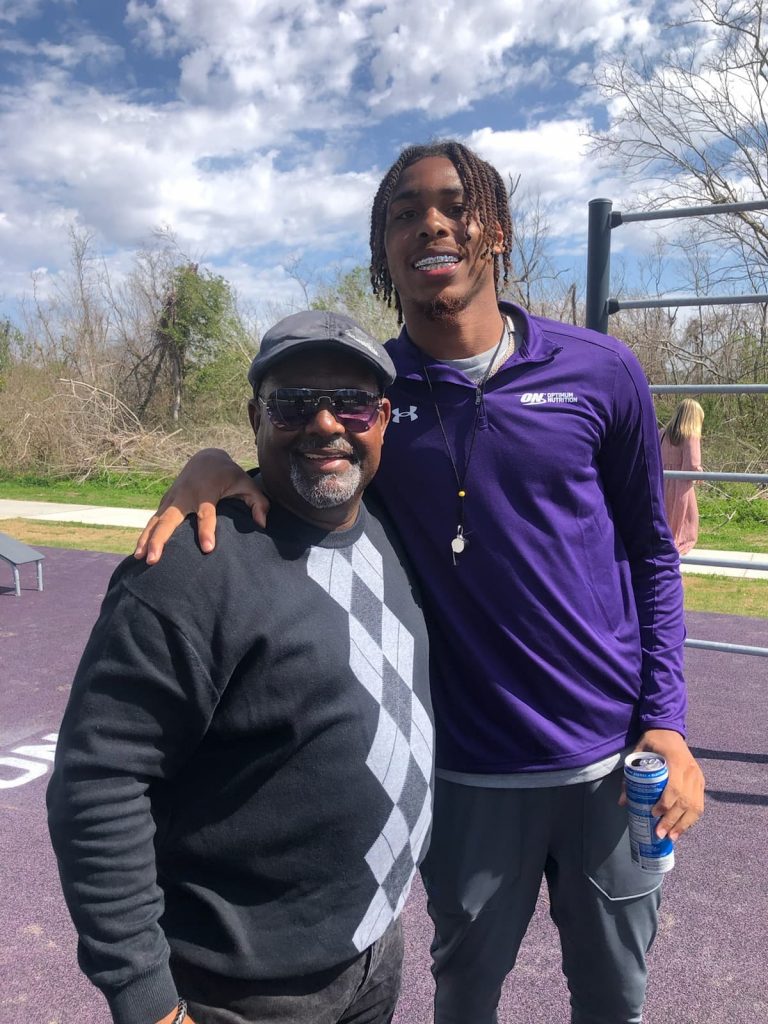