Doctors believed he had little chance to survive, but Dane Berteau defied the odds.

While most were celebrating Independence Day, Berteau – and his family – endured one of the scariest and potentially tragic experiences imaginable, though today Berteau has almost no memory of it. A bout with COVID led to cardiac arrest, a 33-minute period without oxygen and medical staff shocking Berteau’s heart multiple times to try to bring him back to life. His family members were brought in to say their final goodbyes.

“I’m improving every day,” Berteau said. “33 minutes without oxygen … even if I survived, they were saying I’d probably have brain damage. I’ve got none of that. It’s the power of the Lord, all I can say.”

On July 3, Berteau was back in his home of St. Charles Parish after traveling back from Texas, where he was working a construction job. He was feeling under the weather and believed he was suffering from a head cold. In actuality, it was COVID-19. An effect it had on him was to thicken his blood, making it difficult to pass through what was an already weakened heart properly – in 2004, he went through major heart surgery.

A day later, Berteau was with his grandson, Roman Lirette, when the former fell and began struggling. Lirette immediately called for medical attention.

“He was purple and blue, paramedics were trying to revive him,” she said. “I can still hear the EMT yell ‘clear’ over and over in my head.”

They shocked his heart six times and worked on him for over a half an hour – 33 minutes without oxygen, Dane noted – but finally broke through and revived him, but he still had miles to go in this fight.

He was transferred to Ochsner hospital in Kenner, and there he suffered a setback. 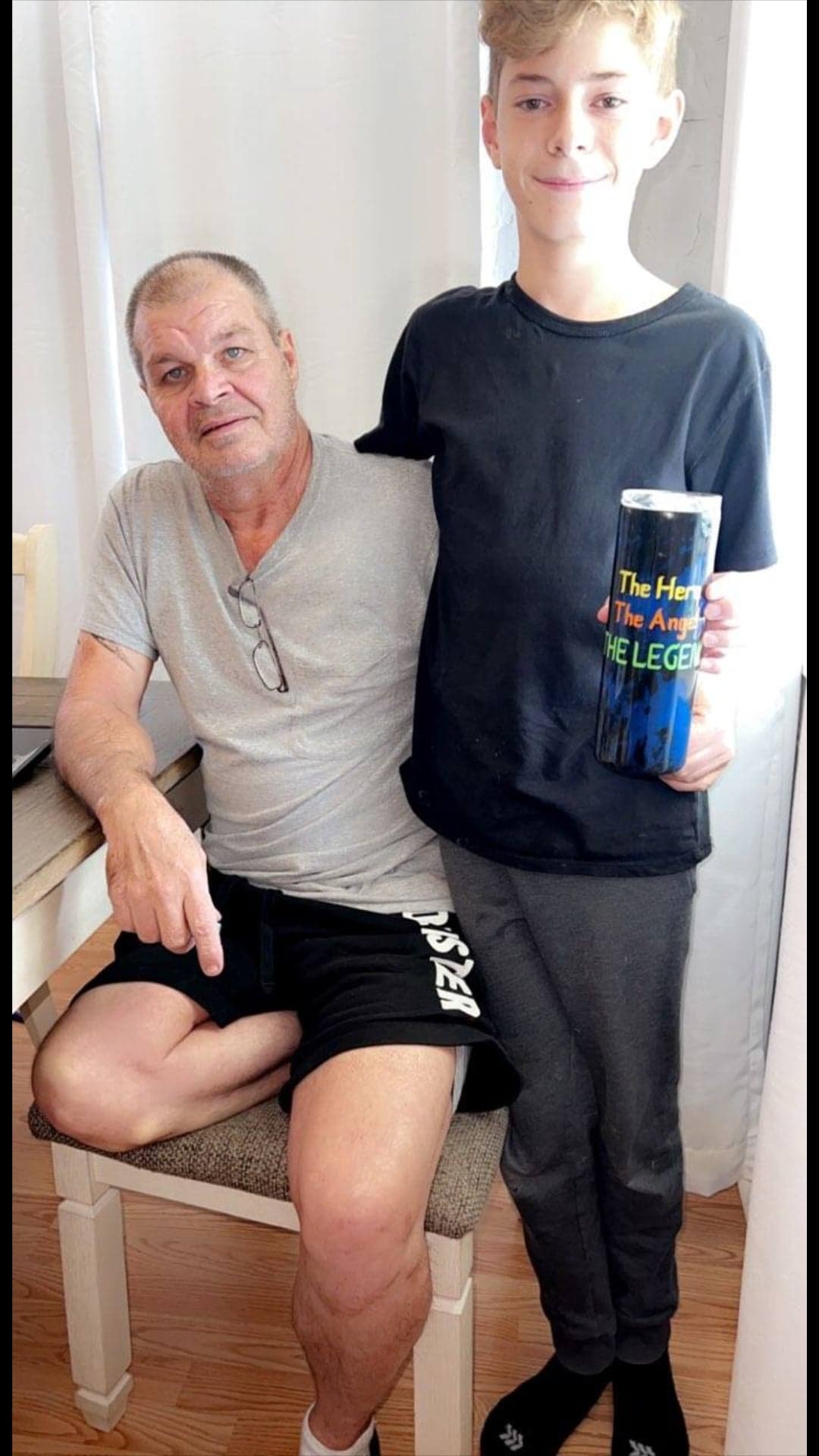 “They say the first 72 hours are the most critical with something concerning the heart … any time in that frame you can have something else happen to it that puts you in even more critical condition,” Jade said. “That happened, and the next day (July 5), they called us all in to say our goodbyes. It didn’t seem like he’d make it through the night. The doctor talked to us about potentially taking him off the ventilator … we weren’t ready to talk about that yet. There was still hope, and we wanted to do everything we could, first.”

She said the family prayed over him and clung to that hope over the next several hours.

“His vitals started to go up,” Jade said. “He was still on the vent, but there was more of his own oxygen breating over the machine. It was a turn for the better.”

Even so, the family was warned that if he were to awaken, the man doing so could be far from the person they knew, with the extent of potential brain damage from oxygen deprivation still unknown.

Four days later, Dane came off the ventilator for good. Scans showed he suffered no seizures, and no brain damage. A pacemaker and defibrillator were implanted for his heart.

“I’m so, so grateful,” Jade said. “He’s my dad … my whole family believes in Jesus. We believe in the power of prayer … God just showed us that He prevails.

“I’m so glad we didn’t give up on him, that we wouldn’t even think about it … We had faith. Because we had faith is why he’s here today.”

When asked about her father receiving a second chance at life, Jade quickly corrected that: it’s actually a third chance. By many, Dane had already been classified as a miracle years ago.

“When he was 39, he had triple bypass heart surgery,” she said. “They said he had only 5 percent of blood trickling through his body – that he should have been in a casket six weeks prior.”

Said Dane, “Only had a drop of blood going through my heart … I wasn’t supposed to make it then.”

For what ended up being his third chance, Jade and her father alike credited Lirette for his quick action upon Dane’s fall. 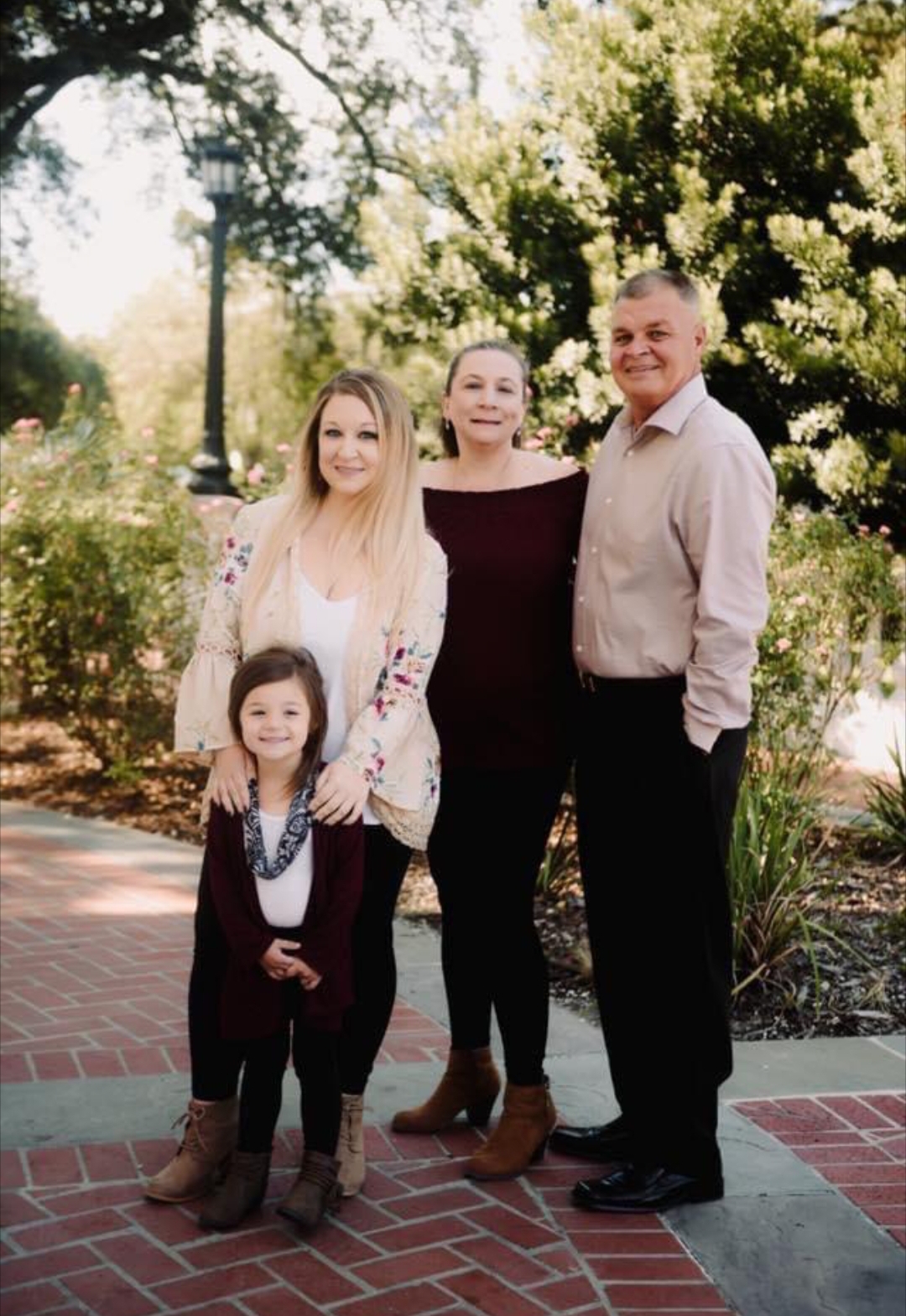 “He thought people would be mad at him … we told him if not for you, Dad wouldn’t be here,” Jade said. “You’re a hero.”

Financially, it will be a hardship. Dane will be unable to return to his job for three-to-six months, and he’ll require a great deal of physical therapy. Medical costs have already begun to pile up, including a second surgery required to repair his defibrillator after a screw had come loose. Jade noted that as a construction worker, her father will be losing his insurance benefits as he’s unable to work.

Jade created a GoFundMe for him (titled Dane’s Cardiac Arrest Recovery) while the Des Allemands Volunteer Fire Department will be holding a fundraiser plate event on Aug. 20 from 11 a.m. to 2 p.m. Door prizes will also be raffled off at the event.

But even as he looks ahead to tackling that challenge, Dane is enjoying a new lease on life.

“I haven’t really had much time to think about it all,” he said. “I just think it’s a true miracle. When I went to the doctor the following week, every time I walked into a room, they told me I was. I’m just blessed.”

East St. John has long been known for its ability to generate explosive plays. On Friday night at Hahnville, the Wildcats offered a pair of early reminders.   […]

As Destrehan earned a victory over Baton Rouge at the recent Brusly volleyball tournament, the Ladycats showed a glimpse of their potential and their growth through the early portion of a retooling season. 🏐 […]