Harris Dufrene III spoke with a tear in his eye.

The lifelong St. Charles Parish resident had only weeks before been the recipient of a new kidney, result of a transplant needed for his survival after a five-year struggle with declining health. That alone would be reason enough for the emotion of the moment, but it truly ran much deeper than that. 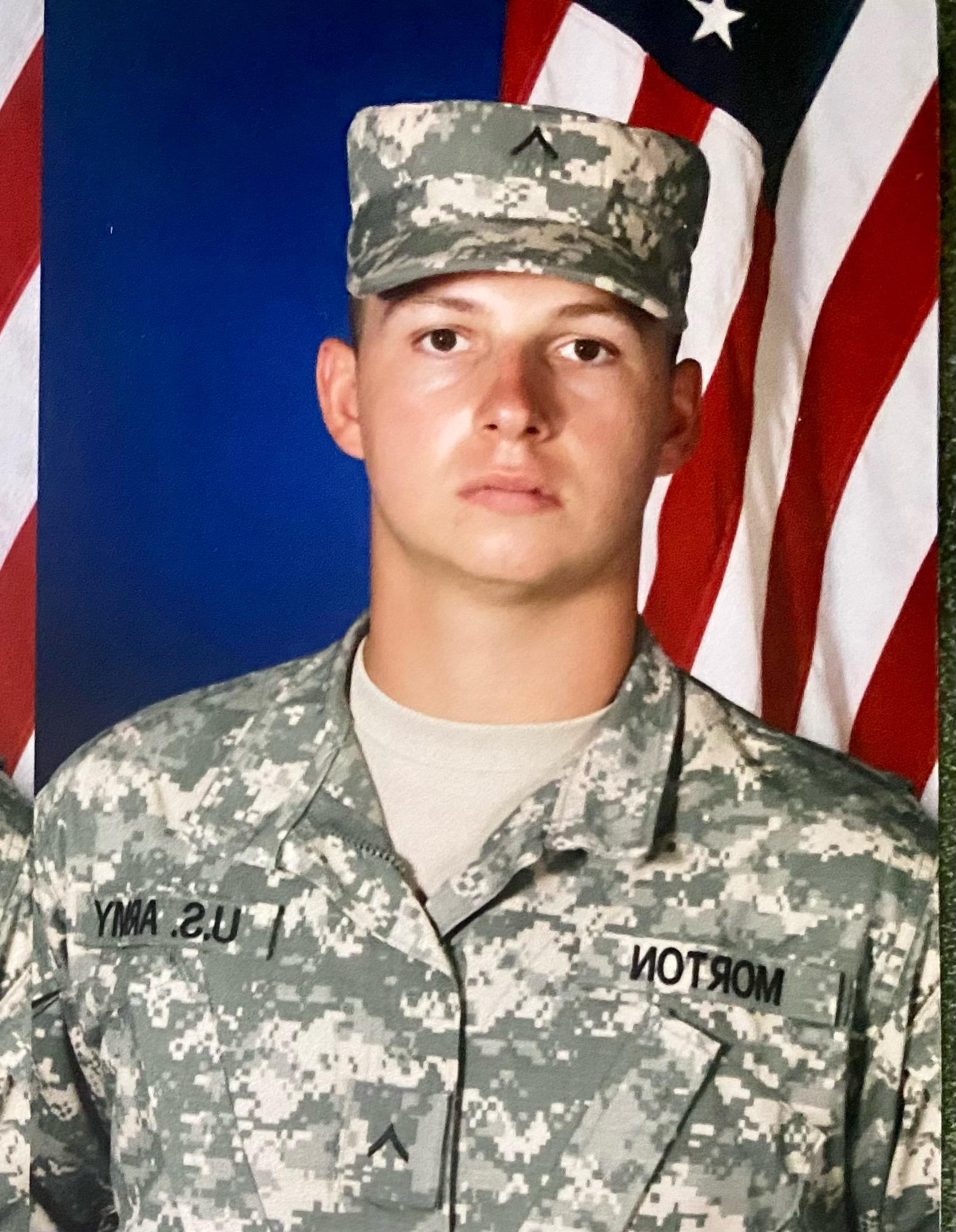 Morton had just wrapped up his time with the U.S. National Guard and had returned home to St. Charles Parish. Among the first things he wanted to accomplish was to learn if he might be a donor match for Dufrene, a close friend to his family. His mother, Shirley “Shi” Reynolds, has known Dufrene for almost 20 years, and was also going to undergo testing to find if she could be a potential donor.

“I told Harris for years I was going to give him a kidney,” Reynolds said. “With the same blood type, I said I’m going to go ahead and talk to my son … he said, ‘Well, Mama, I’m going to go after I get out (of the military) on the 20th. He couldn’t be a living organ donor at that time, but would be able to then.”

Before any of that could happen, the unthinkable happened. Reynolds returned home one day to find her son unresponsive. He was rushed to the hospital, but his family quickly learned there was nothing that could be done to save him. A blood clot had formed in his lungs, believed to be caused by a prior battle with COVID-19. He had dealt with the illness twice and was vaccinated – as part of the National Guard, he was one of those in charge of vaccinating and COVID testing others with the Guard.

Morton was gone, so suddenly, and was to be taken off life support. But before that could happen, and with an assist from her close friend Melissa, Reynolds let the hospital staff know her son could save a life.

“’Don’t forget Harris,’” said Melissa. “He wants to be a donor … It just popped into my brain. She was going through so much grief.”

Amazingly, Morton was all but a perfect match for Dufrene’s transplant.

“A million in one chance,” Reynolds said. “It’s just really surreal … it gives me so much hope, and joy and pride that my son’s last act on this Earth was as a hero. This is what he wanted. I made sure Harris got first pick if he turned out to be a match … and miraculously, it was.”

Morton’s second kidney was a match for another woman as well who was on the transplant list. Thus far, he has helped to save two lives.

“He was getting out of the military … God needed him for another mission. His 4-year-old son, my grandson, he says, ‘My dad is a hero. He’s watching over me.’ That’s the biggest joy in my life right now.”

Dufrene said he feels overwhelming gratitude and sorrow alike for Morton, Reynolds and her family.

“You’re receiving this life-saving gift from someone, someone that you know … and with the circumstances … it’s so hard to explain how much that means,” an emotional Dufrene said. “It’s an incredible thing. That family is incredible … it just makes it mean so much more.

“Dakota went to school with my son. They graduated the same year. I’ve been knowing Shi and their family for quite some time … Shi’s supported me since day one. And it’s hard for her. My heart goes out to their family, because it’s rough, what they’re going through. It’s rough.”

Dufrene began having kidney issues a few years ago, believed to be the result of hypertension. Ultimately, his kidneys began to shut down.

“I worked in the oilfield … I still had decent levels,” Dufrene said. “I kept working through it all, made a few offshore hitches, and I started feeling kind of bad. Towards the end, I came home and went back to the doctor. They checked everything and my levels dropped tremendously. The next thing I knew, I was in complete renal failure.”

That was a milestone in what was a long battle. Dufrene began dialysis. He would have to be rushed to the hospital two years ago to have stents put in his heart and ports on his neck to drain fluid. He began dialysis again for about a year, until he began having heart problems.

Through it all, Dufrene had friends like Reynolds who had offered to be a donor.

“I said, ‘let’s just wait and see if something becomes available (via the transplant list) before we take that step,’” Dufrene said. “My goal was to get a transplant before I turn 50. Aug. 27 is my birthday, I’ll be 50 then.”

Ultimately, it was Morton’s kidney that would save Dufrene.

“I t was as close as you could get to a perfect match. Blood, tissue, everything,” he said. “They told me it would be about one to three months before full function … it took three weeks. My functions are all leveled out. No rejection, no antibodies needed … I haven’t really had any issues. It’s a scary situation … very emotional, very mental.”

There were some dark times during his journey.

“Some days you wake up in the morning and you just don’t want to go,” he said. “Mentally, I broke down. ‘How much longer am I gonna make it like this? Am I gonna make it?’ And that’s where it really takes its toll. If you tell yourself I’m going to be fine, if you have a positive attitude, that changes a lot. But without support, that’s difficult.”

Dufrene says he never lacked for that support.

“I had people call me every day. Let’s go do this. Let’s try to do this, to get out the house … my dad, my kids, ‘what can you do today? What do you want to do? Let’s go get dinner, let’s take a ride.’ My dad and I would sit out, talk about we did in the past, and talk about what we’re gonna do in the future.

Dufrene was released from the hospital Wednesday of last week, as his body was responding so well to the surgery.

“He said he saw no reason to hold me back,” Dufrene said. “He put stipulations on me … I asked for stipulations, because I’m hardheaded. I push the limits. And I don’t want to fail this. I’m listening to them. Get out, go around, but I’m being careful.”

“He served his country for eight years,” she said. “He always wanted to help people.”

She said Morton’s organs will be used to help others, and that she will receive updates on that when that occurs.

On Friday, Morton will be buried, with a military funeral at Slidell’s Veterans’ Memorial Cemetery.

To hear Reynolds speak of him, her pride in her son’s lasting impact is clear. Of course, there is great pain along with it, as well as the thoughts of what could have or might have been done, in hindsight, to prevent his death.

“There’s not a lot known about long COVID,” she said. “The symptoms of blood clots … you don’t hear a lot about it. If you had COVID and you didn’t go to the doctor after and they put you on blood thinners or aspirin every day, then you’re not aware of these things. He was 26 years old, in perfect health. To have a blood clot in his lungs … nobody knew.

“If we had known, an aspirin a day, it could have prevented this. And I just want people to know that this can happen, and maybe that can help someone else.”

The St. Charles Parish Library’s 2022 summer reading program will officially being June 1, but planning, prepping and decorating for the popular two-month long celebration is happening now at library branches across the parish. […]

Baseball coach passes away at 41, remembered as family man

Becky Madere summed it up succinctly.