Luling’s William Canada, a U.S. Army veteran who fired 40 rounds into the parents’ house of his estranged wife, pleaded guilty to attempted manslaughter and attempted aggravated arson in return for a plea deal that took 10 years off his sentence.

Victims in the case concurred with the reduced sentence to Judge Timothy S. Marcel, who recommended that Canada, 32, be referred to the Veterans Program at the Hunt Correctional Center to serve the remainder of his sentence.

Marcel commented that he hoped the plea would bring both families “some semblance of closure.” He went on to add that while Canada’s actions were likely, in part, caused by circumstances arising from his combat service, he stressed that while the combat service may have “mitigated” Canada’s behavior, it did not “absolve” that behavior.

Canada had been declared mentally incompetent to assist his legal defense and has been committed to a mental health institution before his trial. The case was prosecuted by Assistant District Attorney John M. Chaisson. 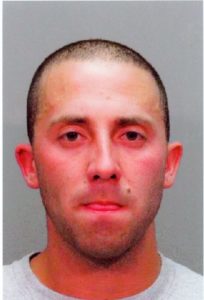 In August of 2016, the veteran was accused of attempted murder of his estranged wife and her parents when he allegedly went to the Ashton Manor home of his mother and father-in-law, where his wife was staying, armed with a 9-mm semiautomatic handgun, a Molotov cocktail and two cans of gasoline. He apparently opened fire, shooting 40 rounds at the residence.

He will serve the sentences concurrently and was given credit for time served. Upon parole release, Canada will serve another five years of home incarceration with electronic monitoring at his expense and can only leave his residence for medical professional appointments, religious services within 50 miles of his residence and grocery shopping. He must also serve under supervision by the Louisiana Department of Corrections. During this time, he can not have any contact with the victims or their family members and must establish contact with a mental health professional.

Suspects are innocent until proved guilty in a court of law. Arrests • Tory Duncan, 27, of 3724 Pierre Street in New Orleans, was arrested Sept. 9 and charged with obscenity. • Eddie Martin Jr., […]