As many left the area to evacuate out of the path of Hurricane Ida, it wasn’t anything resembling a slam dunk decision for Des Allemands’ Britt Morel and her family – not at first, anyway.

Prior to the storm materializing, Morel and husband, Taylor, were weighing their next steps in light of their 6-year-old daughter being diagnosed with autism. The couple made the tough decision to opt for home schooling, taking a path that Morel believed was ultimately the best route, but one causing significant anxiety: home schooling was completely new to her, and the process promised to be made more complex given her daughter’s situation.

“That decision was made about a week and a half before the storm,” said Morel. “I was very unnerved about the process, because I knew it was my job to make sure she would be safe and comfortable. And as vulnerable as it made me feel, I basically drained my bank account to buy the curriculum for my daughter, so we could have the best curriculum for her specific needs.”

It left the family in a bit of a tough spot, but seemingly just temporarily, until the next pay check came through. For the time being, it was a matter of cutting spending beyond necessities, Morel said. But once Ida began to threaten Louisiana, the matter became complicated.

“Our family really based the decision to stay on our finances,” Morel said. “Everyone kept saying, ‘you need to leave,’ but you look at your bank account and you think, OK, what if this is another one of those instances where you go spend hundreds and hundreds of dollars and nothing happens. The reality was we couldn’t afford it,” Morel said.

But early on the morning of the day Ida eventually made landfall, the Morels found a blog post by meteorologist Bob Breck that shifted the scenario: this storm, he said, could ultimately become a Category 5. 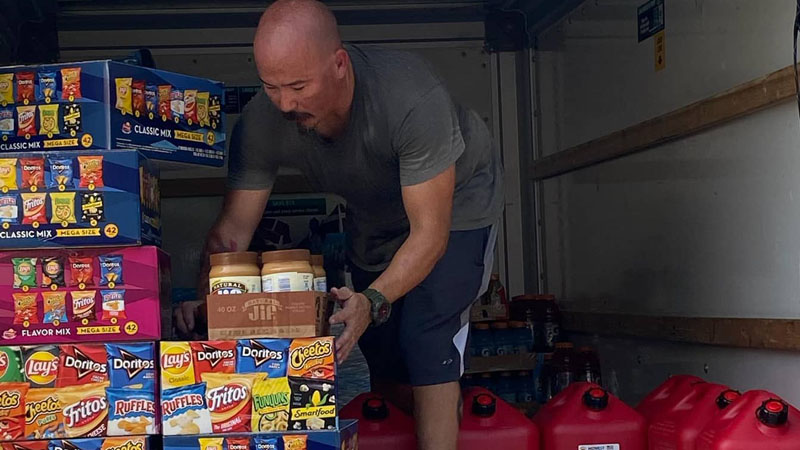 “You know, I have five daughters, and three of them live at home,” Morel said. “I looked at my husband and said, ‘I don’t care about finances, we can’t put these children through a Category 5 hurricane in this house.

The family loaded up a camper and hit the road. But, of course, the nature of the situation created a few less-than-comfortable questions that would have to be answered: Where could the family go, and where could they afford to stay?

And what happens when the gas tank runs low? That became the immediate concern as the family drove along I-55 and was unable to find an open station with fuel.

“We’d stop somewhere, find out, and every time we did we were burning more fuel,” Morel said. “It was so disheartening.”

The tank was showing “empty” on the dashboard when they finally found a station with fuel.

“We just thanked God,” Morel said. “We filled up, but at the same time we spent up half of what we had left.”

En route to Texas, they began looking for a camp site to stay at, but as they called around, everyone was booked up. Finally, one more near Shreveport – Cypress West Bayou – told the family there was no space, but when the woman on the phone heard the despair in Morel’s voice, some sudden good news came.

On the day they arrived, several state and city leaders held a conference at the site and told the evacuees – the Morels and so many others – they would be able to stay for free, indefinitely.

“My immediate worries were cleared from my plate,” Morel said. “It was pretty unbelievable.”

The family stayed for a little over a week. With funds as low as they were, the road back was going to bring about a few more challenges, or so Morel thought.

But someone was looking out for them.

A friend of Morel’s in Texas who knew the family’s plight shared their story on social media, though at the time Morel didn’t realize it. She was first clued in when she checked her Venmo and found more than $3,000. 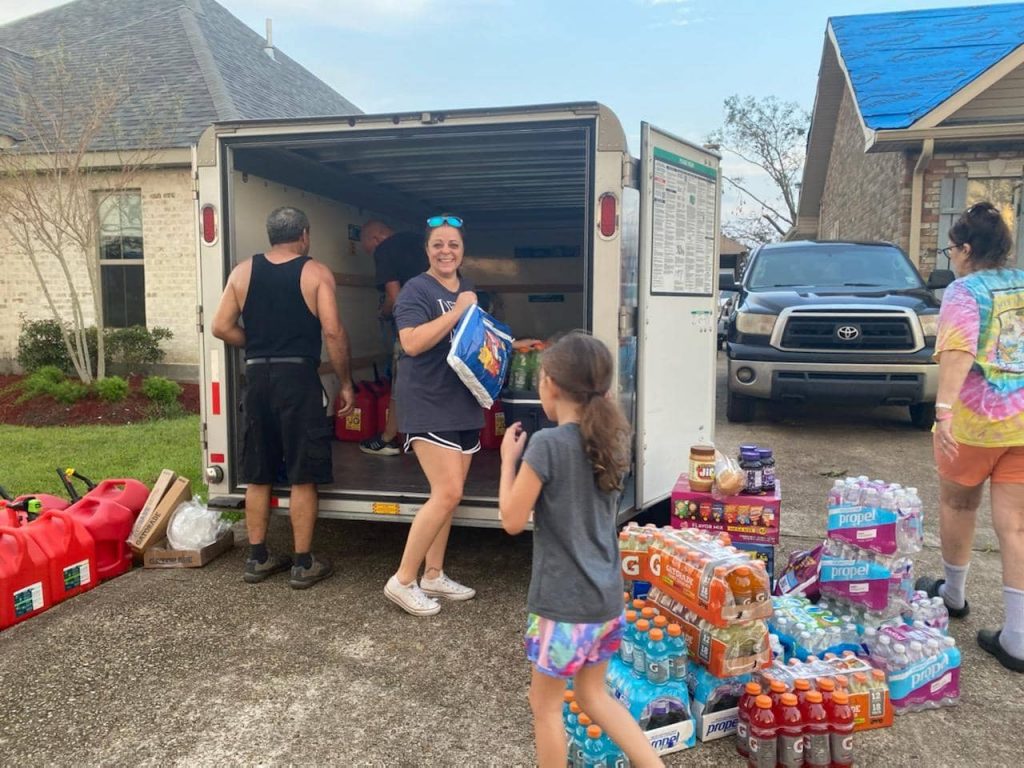 The couple was grateful – and more than that, wanted to pay it forward. Now knowing they could get home, they used the funds – which continued to grow – to pay for cans of gas. They rented a U-Haul and bought food, Gatorade and supplies to bring home to their community. And once home, they volunteered with their church, Life Fellowship in Bayou Gauche, working to distribute goods from a makeshift “grocery store” of donated items for locals, free of charge.

The church site itself was damaged, and the Morels’ home was “100 percent gutted” as she described.

But the emotions she’s had in light of those facts have surprised her.

“I was happy,” Morel said. “Very happy. And that seemed strange to me, because of all we’d been through. But there was something miraculous about it all. Heartbreaking, too. But the amount of happiness I found in the worst thing that could happen to us was confusing. And it came down to knowing you’re helping people who needed it, even changing lives. I never thought I’d be called on for something like this.”

“There was a presence that carried us from one phase to the next … when it happens like it did for us, you just know it,” Morel said. “It removes any doubt.”

William “Bill” F. Spahr, Jr., a native of Algiers, LA and resident of Des Allemands, LA passed away on Saturday, November 20, 2021. He was a loving and caring father, brother and friend to many. […]

Dangerous Woodlawn team headed to Destrehan for round two showdown

A dead body was found inside of a black Chrysler van by police Thursday in Luling and the situation is under investigation, according to St. Charles Parish Sheriff’s Office.  […]