Aimee Melancon Bennett laughed as she recalled what got her out there on the football field during her middle school days at J.B. Martin in the late 90s.

“People said girls couldn’t do it – well, I was big, strong and I loved to prove people wrong,” Bennett said.

The Hahnville High alum lives in North Carolina these days but will always fondly remember her time as the placekicker for the Cougars football team, the first female to do it in the school’s history. A self-described tomboy who already counted many of her friends on the team’s roster prior to her tryout, Bennett had a cannon for a leg that made her impossible to deny.

“You never saw it back then,” Bennett said. “They were pretty adament that girls couldn’t play. I was the type to ask, ‘Why not?’ Girls aren’t good enough? OK, I disagree. That motivated me. I honestly wasn’t a big football fan or anything, but they told me we couldn’t, and I wanted to show them otherwise. 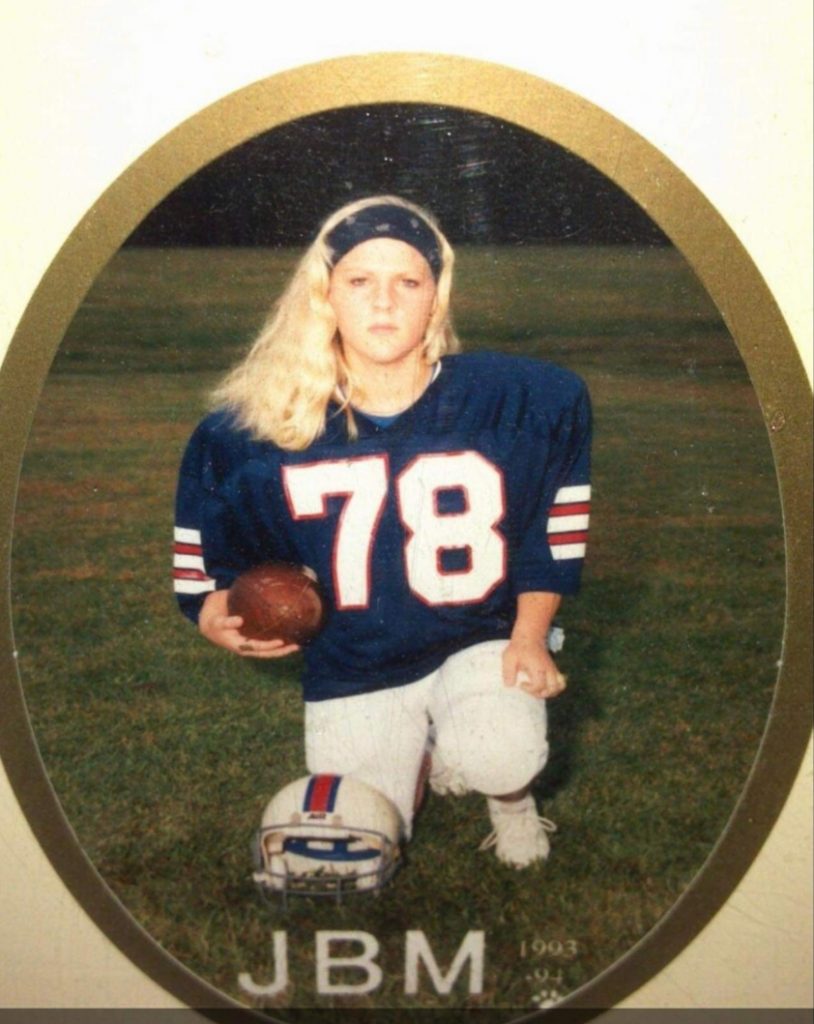 “So, I went out to tryouts and outkicked about seven of the guys. Coach had to give me the job … it was a lot of fun and I had a lot of great times with my friends. It was just a different place to hang out with them.”

It was Bennett’s initial foray into football, but not her first effort as an athlete. She loved softball and soccer, the latter game helping to build her leg strength to what it would become. On football kickoffs, she could regularly reach the endzone.

One day, about a year before her tryout, she and her friends were kicking the soccer ball around and Bennett socked it sky high and a long way – over the school’s gym.

That started a conversation.

Those early naysayers were ultimately drowned out by supporters.

“I had a lot of people on that team who were proud of me,” she said. “I had some very great friends who supported me.”

“Tommy Edgar, a boy I got to hang out with. Everyone had a crush on him!” Bennett said with a laugh. “I got to get up close to Tommy – that was my favorite part, right there.”

Stories of Bennett’s kicking days were inspired locally back in September, when the Cougars’ Gabby Touchard debuted at kicker, following in Bennett’s footsteps. At the time, it was believed by school representatives that Touchard was the first female to kick for JBM, and the Herald-Guide highlighted the accomplishment in a feature following her first game.

But classmates, friends and former teammates of Bennett corrected the error – there’s been more than one to take that less-traveled path, and both deserve recognition.

“My friends kind of bombarded me and my heart was racing – I didn’t want to take anything away from her,” Bennett said. “But a lot of my people are still down there. I felt so bad … I’m so proud of her. I’m one of her biggest fans and I love to see that she’s come on up and is continuing it on there.”

Touchard’s mother Rochelle reached out to Bennett at the time and the two have remained in contact since. 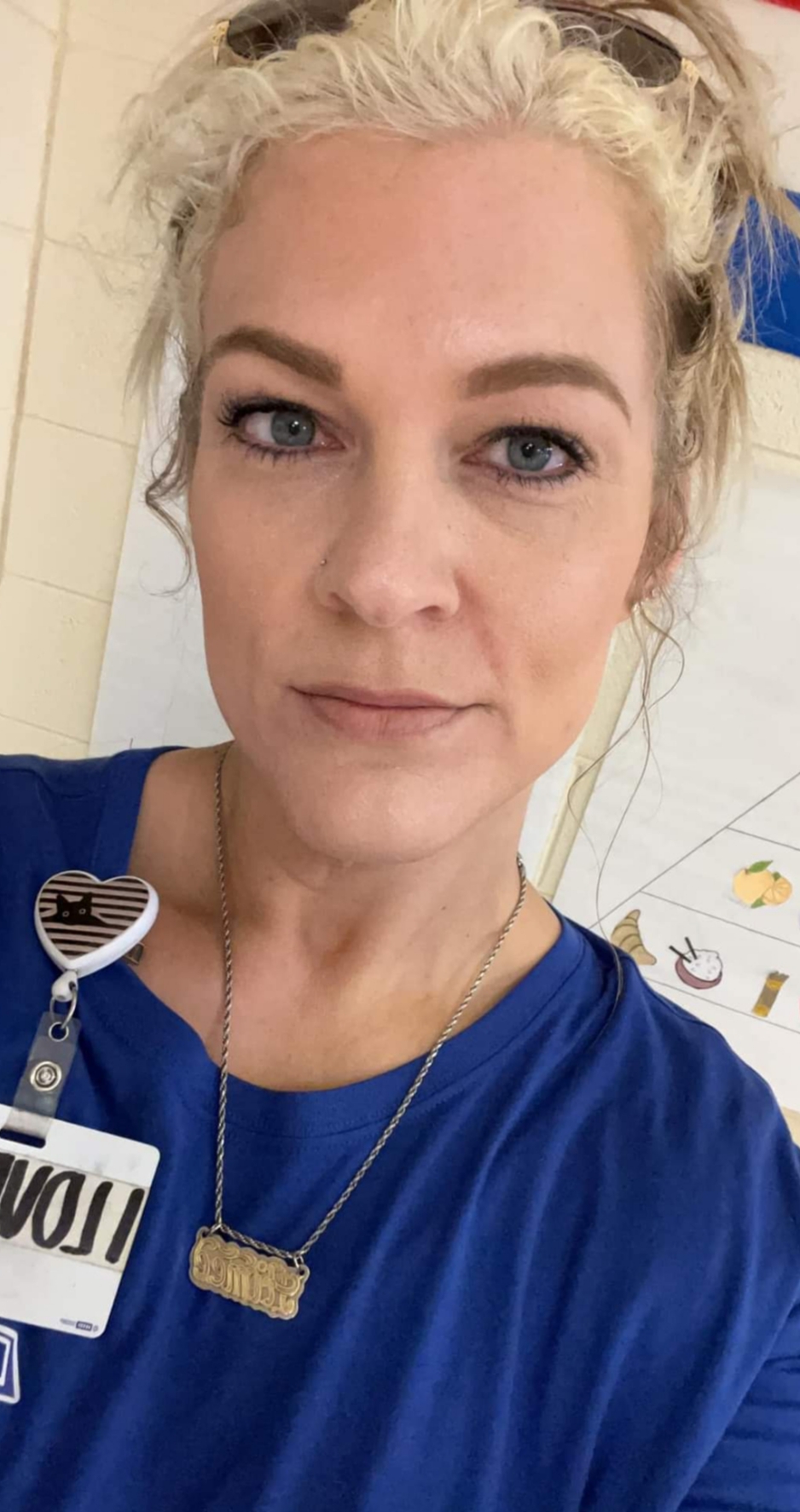 “She keeps me updated and whenever I get a text from her and see what (Touchard) is doing out there, I’m on it,” Bennett said. “I just think it’s wonderful. I’m gonna keep an eye on her. And it’s great because I know the younger ones are seeing what she’s doing and might want to give it a shot themselves.”

Bennett moved to North Carolina, a state she loved to travel to before when visiting her mother, who lived there. These days, Bennett works as a bus driver and custodian at a school in the area, where she says the students give her tons of energy every day.

“You know, if it were up to me, I’d pick up every kid in the morning and drop off every kid at their home in the afternoon,” Bennett said. “I’ve got 54 kids and I know every one’s birthday. I’m close with all of them. Working with kids is my passion in life.”

Much as she was in middle school as a student and an athlete, as a mother Bennett refuses to accept limits. Her daughter is 23 now and has Down syndrome – she doesn’t let her disability stop her from anything, and for Mom, that was a must.

“I never listened to what the doctors tried to tell me about her and her limits. She would have to show me what she couldn’t do, and even then she’d have to fail multiple times before I’d accept limits on anything,” Bennett said. “She has one of the biggest social lives around her – she’s bigger than life, and that’s what life is all about.”

Hahnville lost for the first time in District play Friday night against rival East St. John at home, 43-39, but bounced back Tuesday back in its gym with a 47-38 win over Thibodaux. […]

When St. Charles Catholic put the finishing touches on its second consecutive state football championship this month, it was the latest chapter in the story of a program that’s evolved into one of Louisiana’s powerhouses. […]