When Johnny Braud was a prep athlete at Covington High School, he learned the values athletics can instill in those growing up, and that helped shape his career arc as an adult.

Today, Braud is a coach of multiple sports and a health and physical education teacher at Harry Hurst Middle School, where he will be entering his fourth year with the staff. Braud is the head coach for the Hurst football and girls’ soccer teams and an assistant track and field coach.

“I’ve always enjoyed sports and I think it teaches a lot of transferrable life skills,” Braud said. “The team mentality. You build those in-depth relationships, really get to know the kids and help them learn those invaluable life lessons.

“I tell everybody – I don’t really work because I do what I love. It’s really not a job to me. When I leave the house in the morning, I say I’m going to school. I don’t say I’m going to work.” 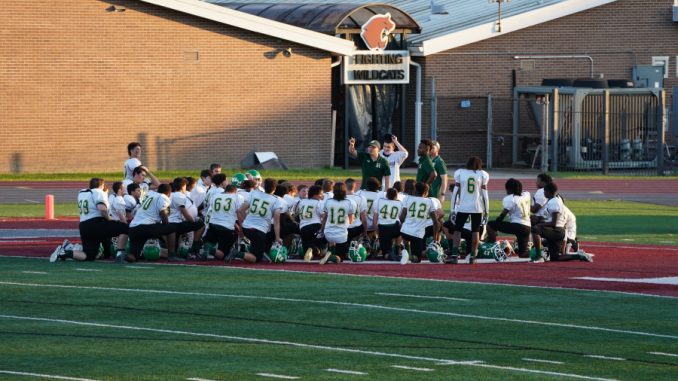 Braud earned his degree in sports management from Southeastern Louisiana University with a minor in athletic coaching. He spent some time working with the Special Olympics prior to becoming a teacher.

“I wanted to work in the non-profit sector, to help kids and work in the community,” Braud said. “I lost that job in 2015, and it made me rethink what I was doing … I felt like, what better way to give back to the community than to teach and to coach?”

Braud arrived in St. Charles Parish, first at Luling Elementary and then Hurst.

Whether teaching in the morning or running practice after school, Braud said guiding student-athletes in large part comes down to being able to relate to them effectively.

“Just speak to them like they’re people and equals,” Braud said. “I find if you treat students as your subordinates, that doesn’t always work out so well. There’s a way to be firm, assertive and treat someone like an equal, and let them know you’re there for them.”

It also means blending the small details in with the bigger picture. A successful play on the football field takes precision from all 11 players on the offense or defense.

“Teamwork is the number one thing,” Braud said. “Understanding your role. That doesn’t mean anyone is above or below another – everyone has an important role. And if you’re not functioning in that role appropriately, the team isn’t functioning as well is it could be. That’s an extremely important lesson.

“It’s the same for me … if I’m not doing my job, wearing them out a little during P.E., they might be more apt to misbehave in that next class, have more pent up energy to spend. Everything we do at Hurst is complementary … we’re trying to help each other out.”

Likewise, the game goes further than the game.

“School is not about school. Football is not about football. It’s about life,” Braud said. “At the end of the day, you’re learning how to interact with people. What is appropriate, what is not. Taking on group projects, taking directions and understanding instructions … the things they need to know, the skills they need to function in life.”

Braud also puts emphasis on teaching his students and athletes how to come together to make a positive impact in the community. The Hurst football team will be holding a free car wash for first responders, health care workers and veterans on Aug. 20.

“It’s a free wash, just to give back to the people who give to us,” Braud said. “It’s a little of that team building, the players get to bond and that’s a good thing all around. I want them to know the importance of giving back to the community …. how important it is to invest in the people around you.”