A Houma man accused of stealing more than $100,000 from a St. Charles Parish-based nonprofit organization pleaded no contest to the charge of theft of items valued over $25,000 and will have to pay $70,000 restitution. 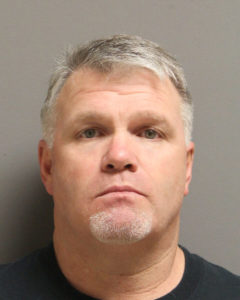 Zeringue was arrested initially after an investigation revealed that, while serving as treasurer of the Contractor Safety Alliance (CSA), he had several unexplained expenditures for the group dating back to 2012, according to the St. Charles Parish Sheriff’s Office.

Newly elected CSA board members obtained banking records that, over several years, showed irregular purchases and the frequent use of a debit card for what appeared to be personal spending. As treasurer, Zeringue was responsible for making payments, commonly using bank checks that would require two board members’ signatures. He obtained the debit card for the bank account during his time as treasurer, a position he served in since 2008.

Two board members told police they were initially unaware of the card and that they believed a check with signatures from two board members was the only way to draw from the account. Zeringue was the only non-newly elected board member at the time the suspected theft was reported to the St. Charles Parish Sheriff’s Office.

Court records state Zeringue told detectives a past CSA president had approved the card, but that he could not recall who, and that it was needed at the time because a vendor would not take a check from him when he attempted to purchase gift cards, which were to be given to CSA members as promotional items. He also reportedly said he alone made all purchases that the card was used for.