When Shamira Williams volunteered at a New Orleans STEM camp a couple of years ago, she just knew that local children in her community needed the opportunity to attend something like it. After realizing nothing like it existed in St. Charles Parish, the Boutte resident was inspired enough to start researching how to do one herself.

“I spoke with Ms. Marilyn Diggs,” Williams said. “She’s well known and does a lot of community outreach and used to work for the school system.”

Together Williams and Diggs began to plan the camp, and Williams began researching different experiments and possible camp study topics.

Williams said the camp was very well received by the community, despite her nervousness.

“I was so, so nervous because it was our first time,” she said of the 2019 camp. “But now my goal is to make it bigger and better every year.”

For the second year in a row, the free camp was offered last month to any child between the ages of 7-12 years old. Campers learned about a wide array of topics, including the cardiovascular system and how it relates to COVID. They also built functioning heart models, used stethoscopes and built hydraulic bridges and kazoos.

“If science class was like summer camp, we wouldn’t have a STEM pipeline problem,” Williams said. “I just want the kids to come out and have fun.”

Her goal in hosting the camps, Williams said, is for students and their parents to learn all of the ways in which science, technology, engineering and math learning and careers can be fun and creative. 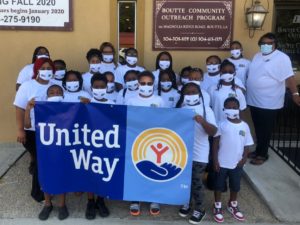 “Last year we even did binary coding,” Williams said, adding that each year she would like the topics and projects to be different.

The camp was made possible through United Way of St. Charles Parish.

“One of United Way’s principles is to help people help themselves, and that’s why we believe so strongly in education,” John Dias, executive director of United Way of St. Charles, said. “STEM education leads to job opportunities and helps both employees and employers.”

Williams said if anyone would like more information on the camp that will be held next year, they can contact her at shamirawilliams39@yahoo.com.

About Monique Roth 756 Articles
Roth has both her undergraduate and graduate degree in journalism, which she has utilized in the past as an instructor at Southeastern Louisiana University and a reporter at various newspapers and online publications. She grew up in LaPlace, where she currently resides with her husband and three daughters.
Website

One year later: A look back at the recovery of St. Charles Parish