Police in South Carolina recently utilized DNA evidence to link Ronald Lee Moore, who committed suicide while incarcerated in St. Charles Parish in 2008, to the 1996 murder of a 23-year-old woman in the mid 1990s – the second of two unsolved murder cases in which Moore has had suspected involvement.

Shawn Marie Neal was killed at the age of 23 in South Carolina, and authorities believe Moore was the culprit. The investigation into her death stopped progressing and eventually became inactive due to a lack of evidence or suspects identified. But in 2017, the case was reopened by the North Myrtle Beach Police Department, which cited advancements in DNA collection as reasoning.

He was also named as a possible suspect in the Maryland murder case of Hae Min Lee in 1999, which was the subject covered in the first season of popular crime podcast Serial. Collected DNA from the Lee case did not match Moore’s however, and Lee’s ex-boyfriend, Adnan Syed, was convicted for her murder. That verdict went on to be disputed after Serial brought the case international attention in 2014.

While the DNA in that case did not implicate Moore, in Neal’s case, it led investigators to what they believe is a clear link.

In 1996, Neal’s boyfriend reported she had gone missing after leaving to meet a man named Don Gibson. She never returned home. Police went on to find Neal dead at a condo in North Myrtle Beach, apparently strangled to death.

Investigators determined Don Gibson was an alias, but for years the perpetrators’ real identity remained a mystery. There was a potential link to determine a suspect via several items found in a nearby dumpster, items determined by police to have been from the scene of the incident. 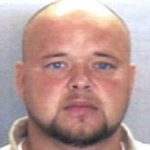 But with the case reopened years later, a Colombia crime forensics lab determined a previously unknown suspect’s DNA on evidence found in the dumpster – towels and a bedspread – that matched DNA found on Neal’s clothing. That DNA was processed through a national database and matched Moore’s DNA profile.

Through a release, North Myrtle police said Moore had been named a suspect in a series of burglaries, unsolved sexual assault cases and an unsolved Baltimore County homicide (Hae Min Lee).

He reportedly traveled often to Louisiana, where he would visit friends. Police believe Moore may have been traveling from Maryland to Louisiana when he stopped in Myrtle Beach in 1996, when Neal was killed.

Prior to his suicide, Moore was arrested in Destrehan on Christmas Eve of 2007 after a deputy responded to a burglar alarm sounded at an Ormond Blvd. home. Moore allegedly attempted to burglarize another home as well, but was unable to get into the residence next door. Police said he gave a fictional alias and claimed to be a Destrehan resident, but his identity was discovered after his fingerprints were entered into a national identification system.

At the time, Moore was identified as one of “America’s Most Wanted” fugitives on the longtime television show of that name. He was wanted in connection for crimes he was charged with in Maryland in which he allegedly broke into a woman’s apartment in 1999, shocked her with a cattle prod and sexually assaulted her. He was held at Nelson Coleman Correctional Center without bond and was to be extradited to Maryland to answer charges that ranged from simple burglary to rape.

But on Jan. 2, Moore was found hanging in his cell by the drawstring of a mesh laundry bag tied to an air-conditioning vent over a toilet, police said. Deputies quickly untied him and nurses began CPR, and Moore began to breathe while registering weak vital signs. He was transported to a Jefferson Parish hospital and deemed to be in critical condition before passing away.

Suspects are innocent until proved guilty in a court of law. Arrests • Lamar Simmons, 30, of 512 Julie Street in Hahnville, was arrested April 17 and charged with possession of firearm/carry concealed weapon by […]