Cooking grease that caught fire has been blamed for the blaze that destroyed a Montz residence Friday (March 16).

Norco Fire Chief Kenny Wenning said they responded to a call at about 4:50 p.m. and found a mobile home engulfed in flames at 179 Hollywood Park Drive.

Wenning said the residence was occupied by a man who was apparently cooking and the grease he was using caught fire. 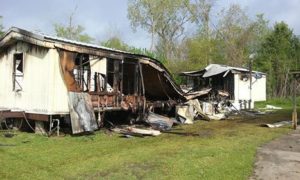 He added the mobile home is a total loss with some damage to a neighboring mobile home with melted vinyl siding.

Norco VFD was accompanied by the East St. Charles Fire Department and St. Rose Volunteer Department with an estimated 20 firefighters at the scene.

Wenning praised the dedication of his firefighters, as well as those with the two departments that responded, for their response, which took 2-1/2 hours to extinguish. 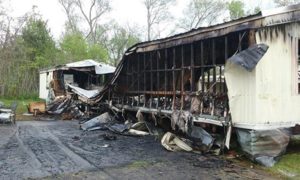 Wenning added there were no injuries and there was damage to neighboring structures, melted vinyl on a neighboring trailer.