It was years ago, Royd Anderson recalled, that the St. Charles Parish library featured screenings of his 2006 documentary, “The Luling Ferry Disaster,” shining a light of attention onto the filmmaker’s work.

“They were the first to really get the word out,” Anderson said.

The former Hahnville High School history teacher returns to the Destrehan library’s new site this Saturday, several films later – and, as it turns out, a book. A man who found a great passion for capturing the stories behind major local disasters on film has now done the same in the pages of his freshly-released book, New Orleans Disasters: Firsthand Accounts of Crescent City Tragedy.

At 10 a.m. Saturday, he will host a book signing event at the parish’s East Regional Library, followed by a screening of the Luling Ferry Disaster. A second book signing event will follow Sunday at Barnes and Noble in Metairie from 2 p.m. to 4 p.m.

“I’m very grateful to the library. This really all started there,” Anderson said. “They were the first to screen my documentary years ago, at their old location. And now I’ve got the chance to go back there and have a book to present to them. It’s a different format (for the historical information) but it’s an important one. A lot of people don’t watch the documentaries and there’s a large community of readers there. I’m glad to have something for them.”

Anderson called the book a culmination of all of his documentaries – plus two chapters covering two additional events – and that covers a lot of ground.

The historian has become well-known for his ability to delve deep into some of Louisiana’s most tragic events, with a focus on some that have become overlooked or forgotten.

“Somebody has to tell the story,” Anderson told the Herald-Guide in 2020. “Their family members are happy to see (their lost loved ones) remembered finally, because they felt they had been forgotten.” 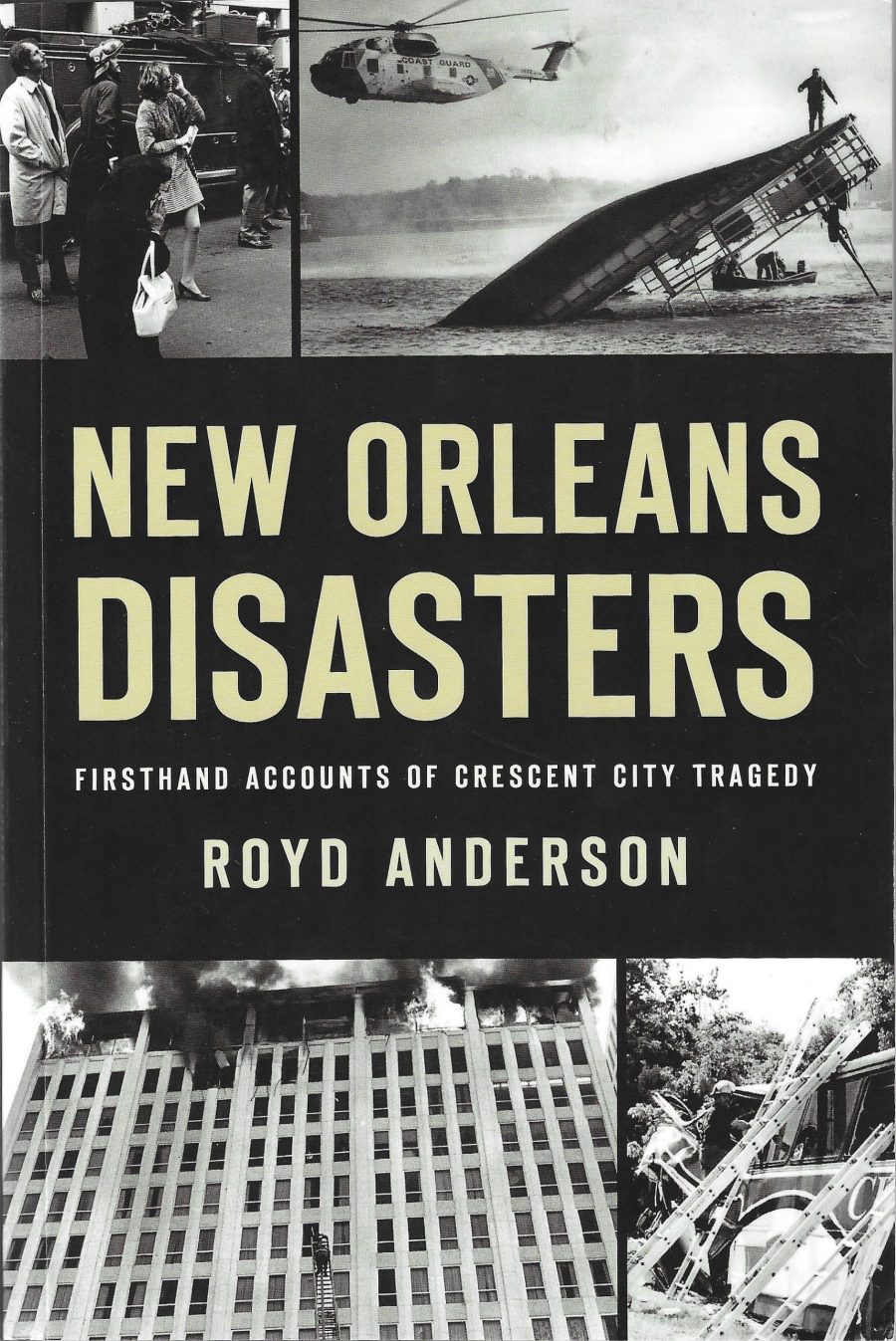 In 2006, he wrote and directed his first major documentary, The Luling Ferry Disaster. The film tackled the subject of the 1976 MV George Prince Ferry incident that resulted in 77 fatalities, making it the worst ferryboat accident in U.S. History.

In 2007, Anderson wrote and directed another documentary on a 1977 incident, The Continental Grain Elevator Explosion, which was the deadliest grain dust explosion of the modern era. Thirty-six lives were claimed at the Continental Grain plant in Westwego. His next project came in 2012, titled Pam Am Flight 759, looking back at the 1982 plane crash in Kenner, the worst plane crash in Louisiana history.

In 2013, he documented the UpStairs Lounge arson attack in New Orleans in 1973, 40 years following the fire. And his fifth and latest film, Mother’s Day Bus Crash on 610, delves into the worst vehicular accident in the state’s history, which occurred in New Orleans in 1999. That film debuted in 2019.

But telling those tales in the pages of a book was never something that crossed his mind, until a well-timed suggestion. Jim Davis, of the Louisiana state library in Baton Rouge, had watched Anderson’s documentaries over the years and most recently saw his work on the Mother’s Day crash.

“He told me I should get into writing about these disasters, and let me know The History Press (publishing company) was looking for authors and new work. So, that kind of got things started,” Anderson said.

That was in early 2020. Later that year, he was offered a contract to put together the book. The timing was just right, said Anderson, as the COVID-19 pandemic left the now-Jefferson Parish teacher sidelined from the classroom – and with all the time in the world.

“It gave me the chance to write without interruption,” Anderson said.

He typed away, day after day, for more than a year, putting these stories on paper. And seeing that work now published, he said, is a phenomenal feeling.

“I walked into Barnes and Noble and saw it on the shelves. I just felt like, ‘Wow, this is really happening,’” Anderson said. “That feeling of knowing all that work you put into something, and there it is.”

Retelling these tales in book form allowed him to also add updated information – such as the improvements that have come about in the years following these tragedies to ensure they not happen again.

“You’re telling about the disasters, but also what’s been done to make the world a safer place,” Anderson said. “For example, the bus crash in 1999, you didn’t have a seat belt requirement at the time, but now that’s in place.”

A large part of the motivation he has to pursue these stories, be it in film or written form, is his strong belief that these tales must be remembered. We learn from history, and these formats capture the voice of the people who experienced these tragedies – and amplify them forever, along with lessons learned.

“It’s a piece of history that needs to be remembered,” he said. “I’m glad it’s in a book format. You’re not going to find anything about the Luling Ferry Disaster on a LEAP test or in a textbook. There are over 1,000 books on Hurricane Katrina, but this book is unique … no other book is going to have a collection of these tragedies and the impact they’ve had.”

At 6:30 a.m. on March 30, Stacey Trosclair woke up smelling smoke, but wrote that off as likely sugar cane burning nearby. […]