Domino’s Pizza isn’t just delivering more pizza as it expands the food chain with a new sit-down design for its locations, but the change also means doubling its employees for its new Boutte store.

“It will require we have more team members,” said District Manager Palfrey Polk. “We will be looking to hire more people and would like to get started as soon as possible so they can move into the new location when completed.” 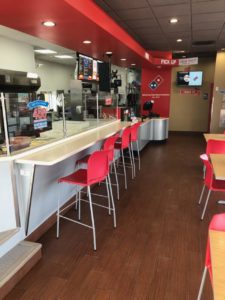 But Polk said they are looking at hiring 15 more people in positions including assistant managers, drivers and customer service representatives.

As advertised nationally, Domino’s has initiated a national push to convert its delivery-focused locations to a sit-down arrangement, as well as modernize them. Polk said the new Boutte location will resemble the company’s second location in Destrehan that has a more open layout with some seating.

“The concept is to have more people see what’s going on,” Polk said. “We want people to see how the food is made. It provides a fun environment because of the way we make pizza. You may see people tossing up the dough and it’s real fascinating for the kids to see how the pizza is made from start to finish.” 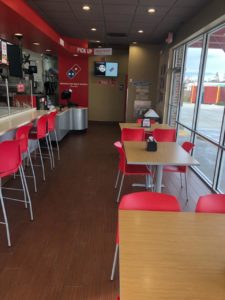 The new building is being built alongside the current store. The current building will be bulldozed and turned into a parking lot.

“We’ve had a lot of people coming by and asking us what’s going on,” he said. “We’re just as excited as they are.”

Last year, Ivory Sims became a published author for the very first time with the printing of her first book. A year later, the sequel has arrived. […]

Mother who lost son to gun violence aims to help others with ministry, book

Suspects are innocent until proved guilty in a court of law. Arrests Sidney Jenkins, 31, of 4421 Skyview Drive in New Orleans, was arrested April 30 and charged with forgery (24 counts), illegal window tint, […]