As Charles Brown’s infant son lay on an operating table, he knew – for the first time in days – the results were out of his hands.

As such, he kneeled down in a chapel and made an appeal.

“I asked Him, ‘Please let this little boy have the opportunity to live and enjoy life,’” said the Destrehan man. “’You brought him here for a reason, so please give him this opportunity. He didn’t come here for nothing.’”

His prayers were answered. Little Devin survived open heart surgery to correct a rare heart condition that afflicts less than half a percent of children. His recovery is going well and prognosis going forward is very good – Brown and his wife Maya can now focus on raising their healthy young boy.

Getting to this point, however, might well be the most harrowing experience of Brown’s life, a U.S. military veteran of 23 years who had to call on every bit of the discipline and mental toughness he developed in those ranks.

Maya gave birth to Devin at a hospital in her home country of Indonesia. But following the delivery, the Browns were informed something was wrong.

“Something’s not right here, they said … I was told it might be a heart defect, but we needed someone more specialized to take a look at him,” Brown said. “We went to three different hospitals.”

What they learned ultimately was Devin had transposition of the great arteries, a serious heart defect present at birth where the two main arteries leaving the heart are reversed. It changes the way blood circulates through the body, leaving a shortage of oxygen in the blood flowing from the heart to the rest of the body. Without an adequate supply of oxygen-rich blood, the body cannot function properly and a child faces serious complications without treatment.

Corrective surgery with proper treatment can lead to a promising outlook, but Devin would need to be transported to the United States to undergo that surgery – and this is where things began to take a nerve-wracking turn for the family.

Devin underwent a heart procedure in Indonesia that punctured a portion of his heart, allowing oxygen to circulate the way it needed to for Devin to breathe without machine assistance.

“The doctor told me, ‘This is going to buy your son time to get to the U.S.,’” Brown said, noting he was told Devin would have just one month past his birth to live without the surgery – but later, he was told by another doctor the estimate was less time: he had just two weeks from the delivery, and Devin was by this point nine days old. 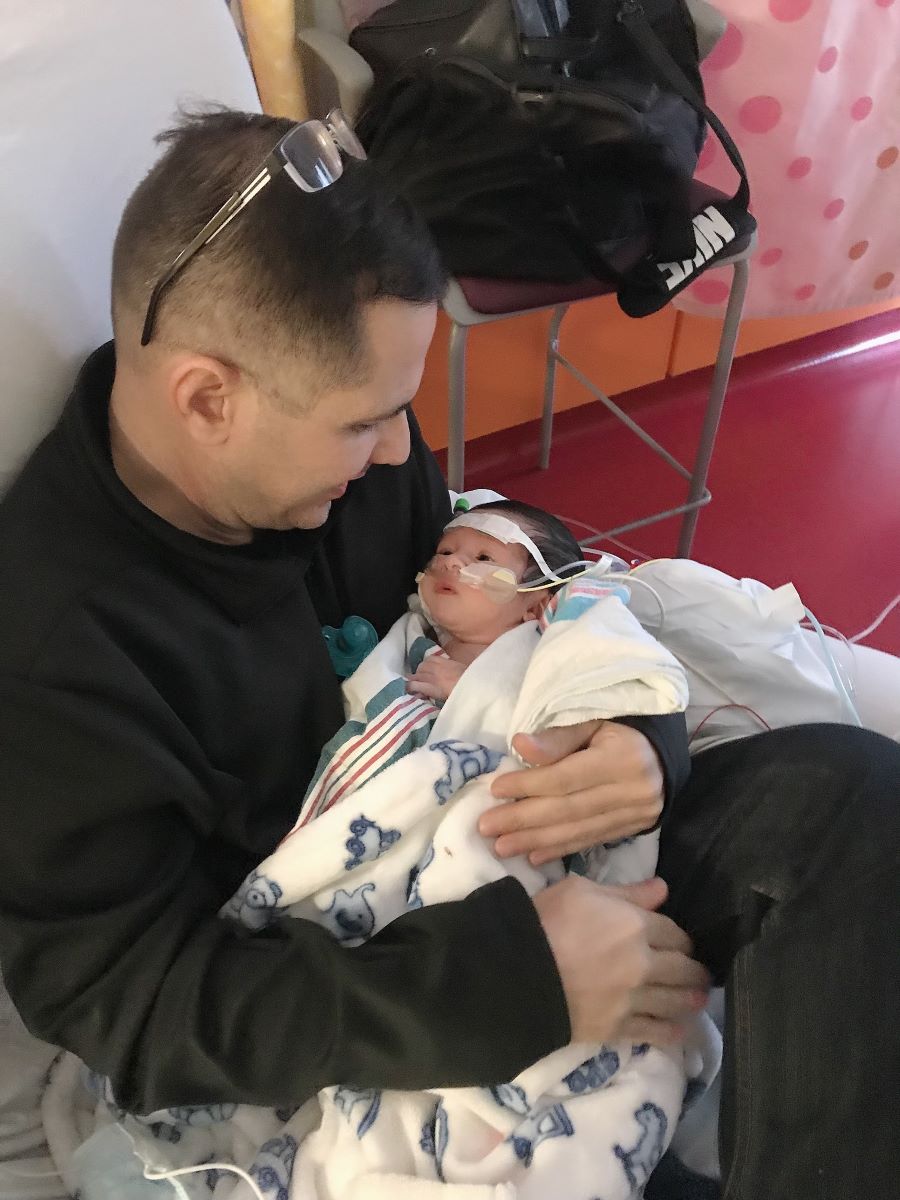 A medical evacuation would cost $200,000 and was not feasible. Brown took to the phone for the next 48 hours, trying to find a way to get Devin emergency transport. The lowest cost he found was $20,000, so he turned to commercial flights. He found one with just a few seats left, but as he was having money transferred to pay for it, the number dwindled down to one seat.

“I said, ‘Please don’t give it up. This is life and death,’” Brown said. “He confirmed it. At that point I just kind of broke down and lost it, because I knew he was going to get on that plane.”

It was not that simple, however. When Devin was released from the hospital, he did not have any of the documents he would need to travel, including his birth certificate, passport and several other items via the Indonesia government and the U.S. Embassy. In total, Brown was told he needed between 20 and 30 different items, and time was running out.

“I got off the phone and turned to my wife … ‘There’s no way. There’s just no way,’” Brown recalled. “I took a breath and realized I had to just do one thing at a time. Collect the documents, process the documents … I had to take a flight to the capital city to go do an interview with the U.S. Embassy … if any of it fails at this point, everything would have fallen apart like a stack of dominos.”

The local government expedited Devin’s case and put him at the front of the line. Initially, the U.S. Embassy essentially advised Brown not book a flight, as there was no guarantee the passport could be granted in time.

“I booked it anyway, because that was the only chance,” Brown said. 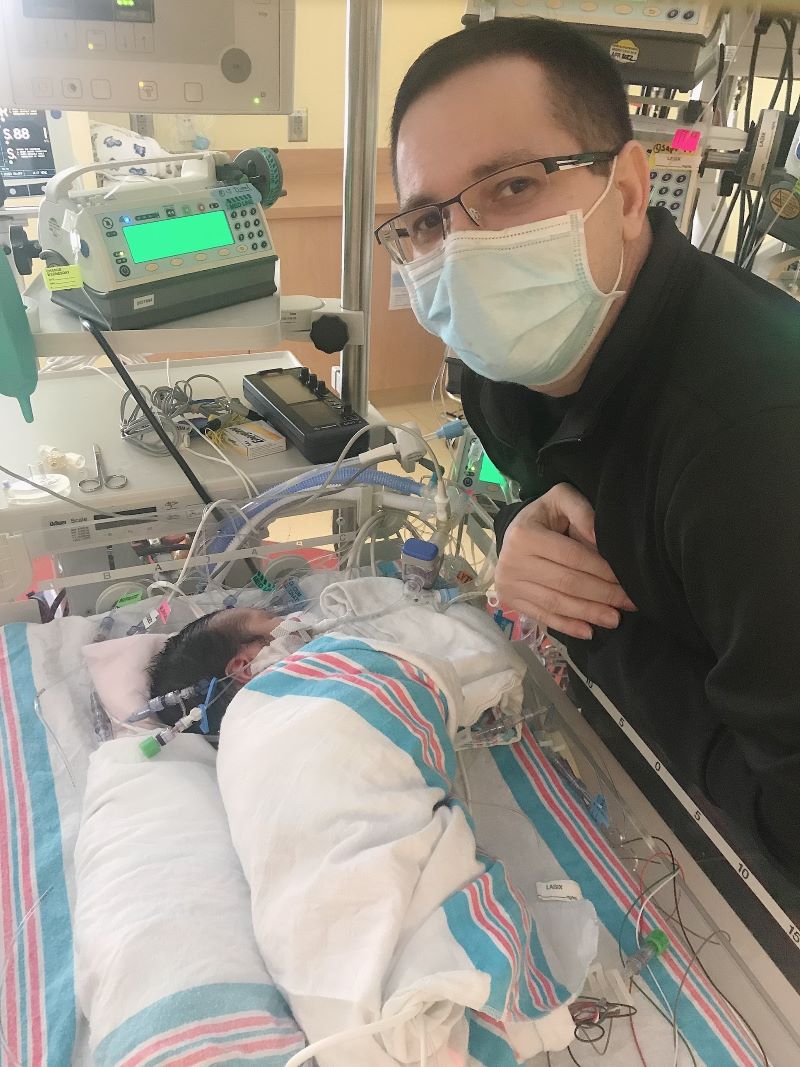 There was also concern Devin could have difficulties on the flight due to his heart condition, but in the end he made it home – and to Atlanta’s Children’s Healthcare of Atlanta at Engleston Hospital, which specializes in cases like Devin’s. Brown had six days to get his son the care he needed, upon hearing the two-week deadline – he’d made it in five.

Sleep deprived and exhausted, Brown let his emotions out for just the second time through this ordeal.

“I knew it was out of my hands at this point. Those hard logistics were complete, and now the doctors can take it from here,” he said.

The family has posted a GoFundMe (titled “Devin Brown’s angels hugged my precious heart”) to help offset medical expenses from the situation.

But while trying to pull things together again in that regard back home, Brown says his prayers have been answered.

“They’re going to monitor him year to year … he’s in a 20 percent risk factor of needing a potential surgery in the future. But that’s pretty great, given the circumstances of what he’s dealt with,” Brown said. 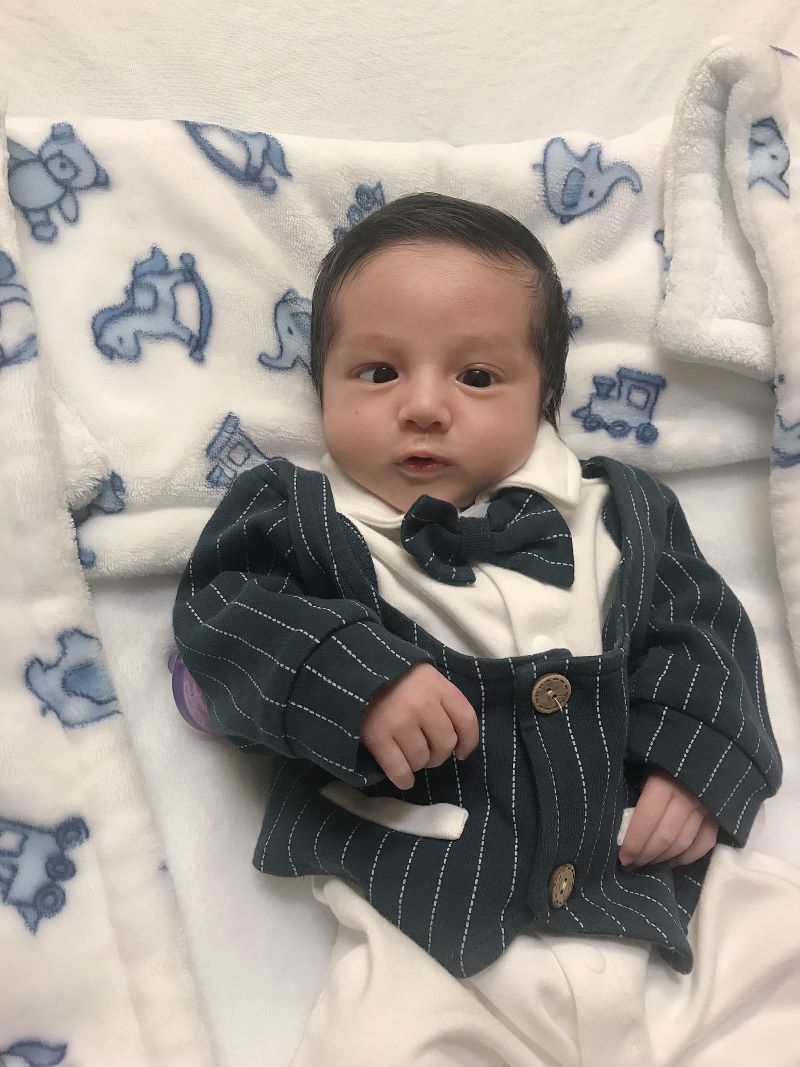