Ever since she stepped foot onto Destrehan High’s campus, Rebecca Soto has stayed busy as can be. Graduation day brought an official end to her time at DHS, and Soto said in a way, it almost didn’t seem real.

“I’m going to miss being in school for sure, but it does feel great to finally graduate,” Soto said. “It was amazing. I felt a rush of adrenaline walking across the stage.”

Soto never stopped during her time as a Wildcat. 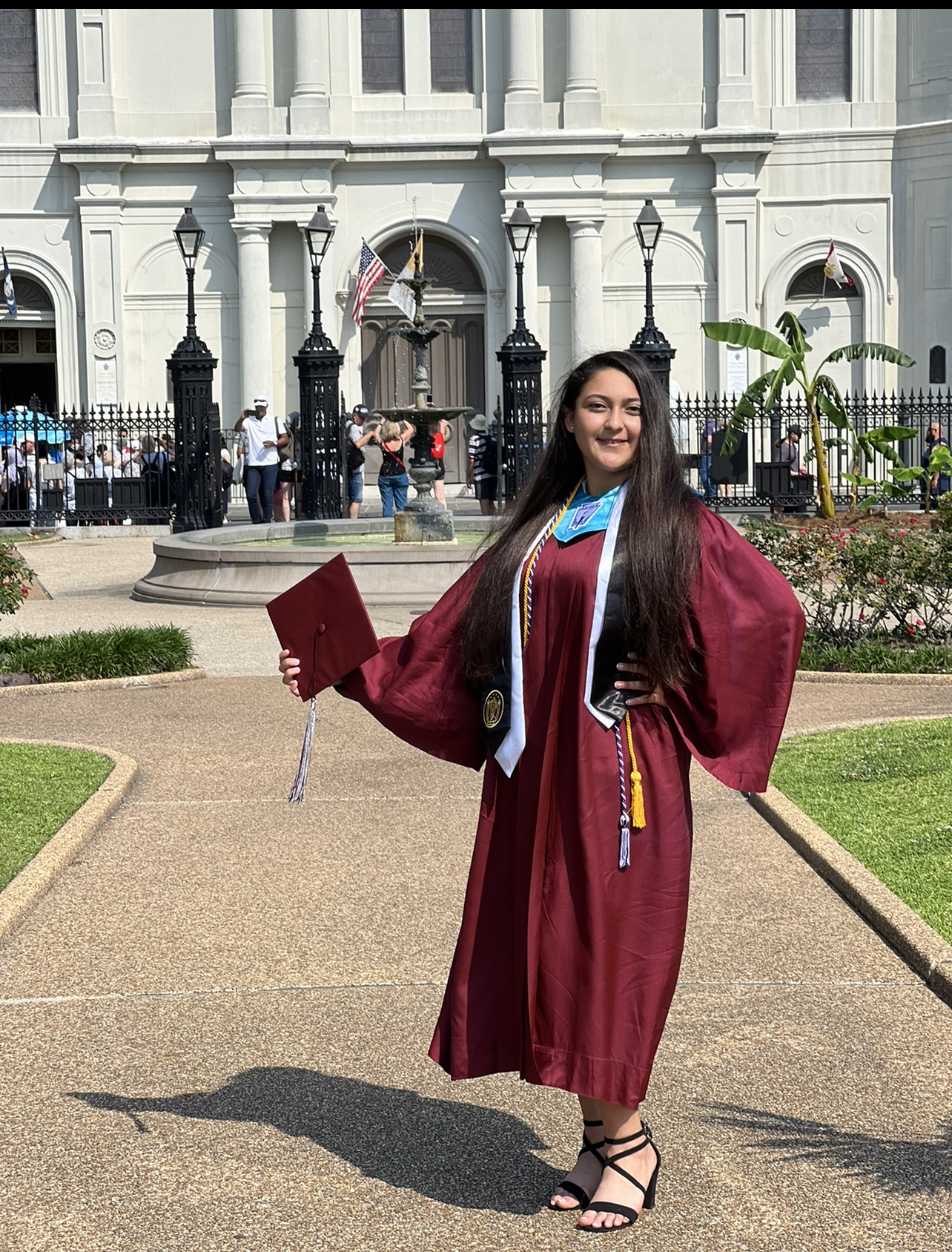 Her school spirit is clear from that list of accolades, but she’s also a spirited helper.

Soto assisted with several fundraisers over her time at DHS. She tutored Spanish students and helped others prepare for the ACT. Soto volunteered her time to babysit 12 children after school from her eighth-grade year through the current year. After Hurricane Ida, she helped clean out homes and assisted in construction work for several. She’s conducted free music lessons for children and she’s helped the elderly learn how to utilize different technologies during quarantine in 2020 to help them talk to their families. Through it all, she’s helped to care for her own grandmother and other family members.

“I’ve always believed in the motto of ‘Pay it forward,’” said Soto.

Part of what fuels her to give back is her own difficult experiences growing up. Soto recalled being bullied in elementary school, and she said that memory made her want to ensure others would not feel helpless. 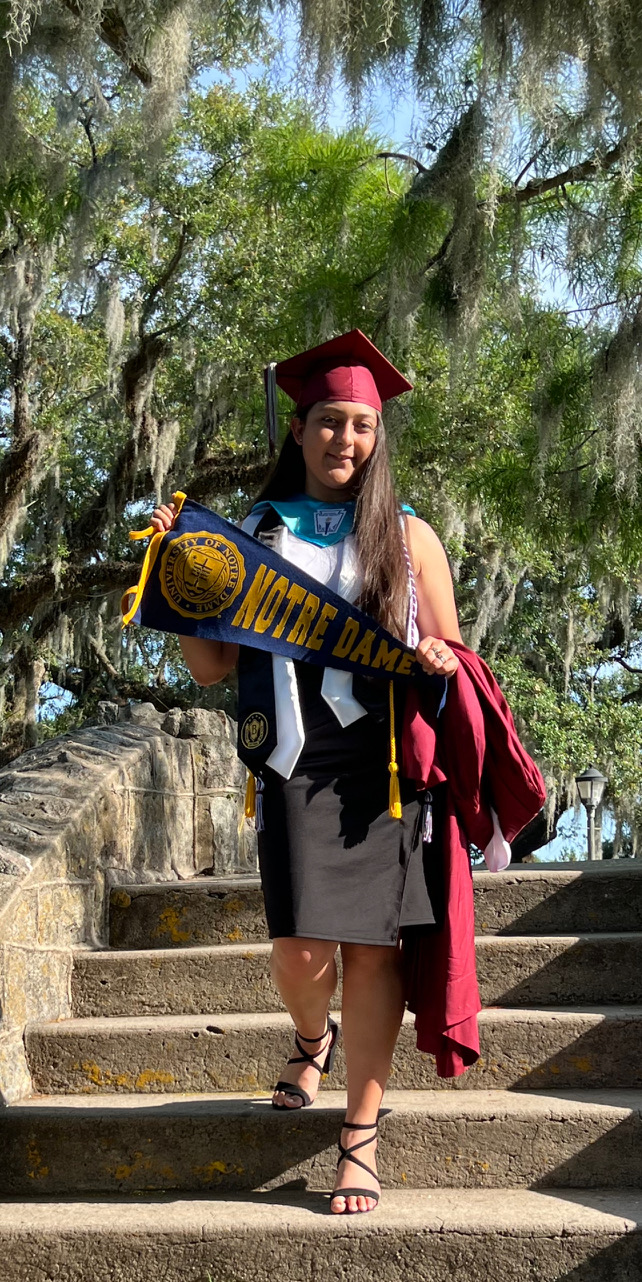 “I was bullied for being Hispanic … I didn’t want other kids to feel that way,” Soto said. “It kind of was a point for me after that to lift others up and give back to the community in any way that I could.”

Soto said it wasn’t always easy to juggle so many activities and projects – she had to internalize time-management skills and how to prioritize.

“My family came first,” Soto said. “But I always tried to do as much as I could. Especially when I had my homework finished or not a lot of schoolwork to do for a time, I did as much (in the community) as I could.”

“Coming from a family of immigrants, I know what it’s like … to be able to help them become a citizen and to see that joy from them, that’s always fun,” Soto said.

Others noticed her hard work. She received medals of distinguishment as part of the ROTC – her time with the latter was among her more cherished memories at Destrehan. Ditto for the band – “The Friday Night Lights and getting to see these games up close and personal was always a great way to take my mind off the week. I’m a big fan of football,” she said.

Soto also has a love of soccer, and as her team’s captain she led her recreation squad to a championship victory.

She is preparing to attend the University of Notre Dame, where she will study architecture.

“I wanted a big challenge,” Soto said. “I have a growing passion for art, and growing up in New Orleans, I always loved looking at the different landscapes. I also have a love of math and science, and architecture is something that kind of mixes that all together. I’m going up there to really push myself for four years, and I’m really excited about it.”

Joyann Maddox of Paradis couldn’t contain her thankfulness and excitement as she talked about the ramp that was recently installed at her home. […]