For the McDonald family, March of 2020 was life-changing – for different reasons than most.

It was then that Brian and Abby McDonald took their 4-year-old son Andrew to the emergency room after noticing excess drooling – the couple felt something was not right. Their instinct was correct, and their day-to-day lives took an unexpected turn when they learned Andrew was diagnosed with a ganglioglioma tumor, likely caused by a genetic condition known as neurofibromatosis type 1.

Andrew started chemotherapy, juxtaposed with the many routine alterations and new dangers brought forth by COVID-19. He traveled back and forth from his home in Destrehan to Children’s Hospital until the summer of 2021, when he officially completed chemotherapy.

But just before he finished that treatment, his family learned of the organization Dreams Come True, which recently sent Andrew, his parents, and his sister on a trip to Florida. The family stayed at a villa inside the “Give Kids the World Village,” a 89-acre, nonprofit resort in Central Florida that provides weeklong, cost-free vacations to children with life-threatening illness, they were treated to three days at Disney World, two days at Universal Studios and one day at Legoland. 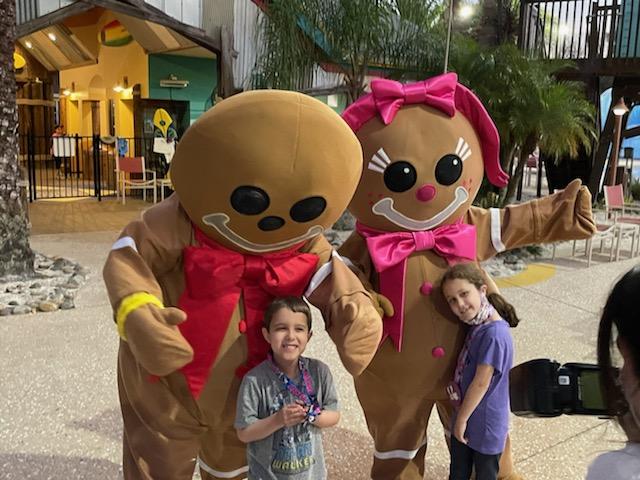 Abby McDonald said Dreams Come True of Louisiana reached out shortly after Andrew’s diagnosis, but between chemotherapy, the COVID-19 pandemic and a May 2020 flood that damaged their family home, the timing just wasn’t right. It wasn’t until Andrew told a doctor that he was saving up to go to Disney World that it was time to make his dreams turn to reality.

“It was a really nice way to celebrate him completing chemo,” said Abby. “Once he was feeling better after weekly treatments, after the storm and all, we thought it would be a good time to go and be together. He was a bit stronger than he had been.”

It had been a long time since the family could enjoy a good time of that magnitude together.

Because of Andrew’s weakened immune system, the McDonald’s had to take extra special care to shield him from COVID-19.

“He wasn’t approved for the vaccine until the end of last year,” said Abby. “He got it, but until then we had no idea when. We really didn’t go anywhere. We did home schooling for him, and it’s hard for a pre-K to 4-year-old kid to do virtual learning.” 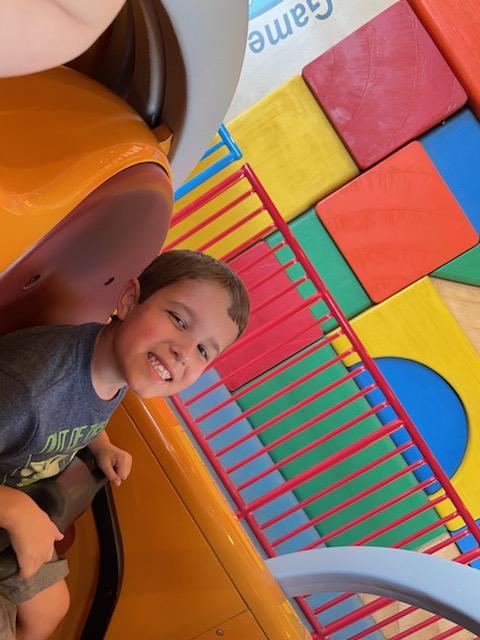 It was also hard to feel comfortable at home. And for some time, it was impossible. The family’s home flooded in May of 2020, leaving them temporarily displaced.

“We didn’t want to go to a hotel given his situation,” Abby said. “You don’t know what’s floating around there. It disrupted a lot. You’re really limited in where you can go.”

Said Brian, “We had no source of normalcy. We couldn’t even go out if we wanted to.”

But Dreams Come True ensured this family vacation went smoothly as could be, coordinating tickets and times. The itinerary included Universal Studios for two days, Disney World for 3 and Legoland for one. Fast passes brought Andrew straight to the front of the line without a wait. A rental car was provided as well as a villa for their stay, as well as two daily meals.

“There was a giftpack waiting for Andrew. They really took care of everything,” Brian said.

There were themed parties every night for the children staying in the World Village, as the McDonalds were. Each villa also had accommodations for children with special needs.

“There were little rides, boats for them to race and trains,” Abby said.

It was a welcome departure from the previous two years of stress, worry and disruption.

When Andrew started his battle, the COVID pandemic made it difficult for he and his family alike to cope. He underwent surgery during the early wave of the 2020 outbreak, which meant only one member of his family could be with him at a time. That lasted into his chemotherapy treatments.

“It was hard. We had family support, of course, but they couldn’t come with you to the hospital,” Abby said.

The good news, though, is he’s doing much better these days. He’s back in school, and he is taking on steady physical, occupational and speech therapy sessions. 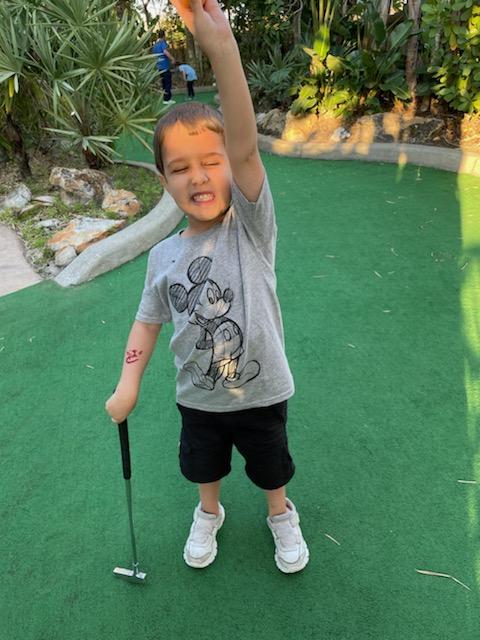 Dreams Come True of Louisiana originated in 1982, when J.L. NeSmith and others heard of a boy from Denham Springs who had cancer and had never had pizza. The organization’s first dream was granted when a pizza was delivered on a fire truck escorted by a police car.

From there, the dreams of children with life-threatening and terminal illnesses from all corners of the state began to become real.

The public can support Dreams Come True of Louisiana by attending the organization’s South Louisiana Crawfish Festival, Craft & Car Show being held from 9 a.m. to 9 p.m. April 23 at the Lamar Dixon Expo Center in Gonzales. The cost is $5 per person at the door, and children 12 and under get in free.

For more information about Dreams Come True of Louisiana, call Freddye Smith at 225-933-9339.

☀️ Energy costs have been on the rise, with little relief recently. […]

Catherine Stoutz graduated early from Hahnville High School in January, and the 18 year old has hit the ground running this summer on starting her own unique business – Cloud 9 Exotics and Encounters. […]