Two very worthy causes are at the center of the second annual Dad Dad’s Club pastalaya cookoff, which will raise funds to aid Ronnie Baker of St. Rose and Cheri Palmisano of Destrehan, each of whom are battling cancer.

“These people are worthy. They’re worthy of being helped,” said Claude Adams, Dat Dad’s Club co-founder. “Each of them has worked for their entire lives, raised families, and got hit with an unfortunate disease.”

Baker, 59, of St. Rose, was diagnosed with stage IV GBM brain cancer on Aug. 8 of last year after seeking medical attention following problems that arose after a family vacation to Disney World. 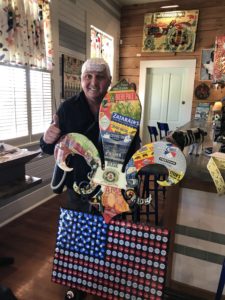 His wife, Crystal, said Baker was withdrawn and not ready to return to work, and was becoming forgetful, all uncharacteristic for him. He also reported a ringing in his ears. Baker was initially diagnosed with depression, but the couple was not convinced, and an MRI revealed he had brain tumors necessitating immediate medical attention.

Crystal Baker said her husband did not have headaches or blurred vision and seemed to fit the profile of one who wouldn’t be susceptible to cancer, a fit man who worked out three to five times a week and who watched what he ate.

“It’s something that you’d hope people can be aware of,” she said. “When we got this news … everyone has cancer cells, but you still don’t understand how this can happen. You don’t want it to happen to anyone, but when it hits your life, it’s truly devastating.”

He underwent surgery and is now receiving IV chemotherapy.

The couple has three children, ages 35, 17 and 12. Baker worked as a truck driver for Nabisco for 33 years but is now unemployed.

“These people are worthy. They’re worthy of being helped.” – Claude Adams 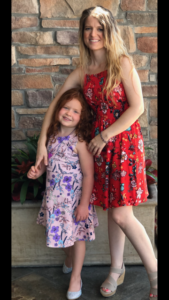 Palmisano, 35, of Destrehan, is a single mother who is undergoing chemotherapy in order to ready herself for surgery. She was diagnosed with colorectal cancer in April.

Following the diagnosis, she was unable to return to work and the combination of that and the financial drain that comes with serious medical treatment means that every dollar raised at the cookoff can go a long way.

“I didn’t expect it to be cancer,” said Palmisano of her diagnosis. “It was kind of shocking. It didn’t feel real until I had to go back and get a referral to the surgeon.”

Doctors hope chemotherapy will shrink a tumor central to the illness enough for it to be removed via surgery. Rhiannon Madere, a close friend of Palmisano’s, set up a GoFundMe page (www.gofundme.com/fq6xz-support-for-cancer) to help her offset medical costs.

Adams said initial plans were to make the pastalaya cook-off an annual event, and that last year’s strong turnout only drove that motivation further.

It will be open to the public at 11 a.m. Ten gallon minimum pots are required for entrants. Adams noted it will be a true “Best team wins” event as each attendee will get a voting ticket at the gate in addition to their entrance ticket, with no others distributed or sold.

This year’s event could approach 25 teams, with 15 teams that were already signed up by the beginning of the month.

“We’re afraid we might have to turn away a few teams because we want to keep it at a manageable level, and create a little bit of exclusivity for the people who are participating,” Adams said. “There are always teams who come on at the last second.” 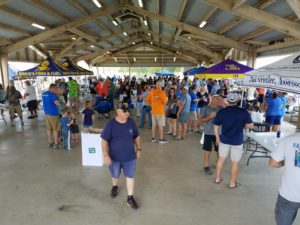 This will be the fifth event held by Dat Dad’s Club since it began putting on fundraisers in March of 2017. That first event was a fishing rodeo that raised $7,500; the same event raised more than double that a year later, $16,000.

“I don’t know if we can double what we did in the pastalaya cookoff, but we certainly hope so,” Adams said.

He said the money for the pastalaya event is aimed at paying for things that aren’t covered by insurance.

“This money is just to keep their lives as normal as possible and offset some costs they’re going to face,” Adams said.

For more information on the event, visit datdadsclub.com.

Martha Jane Chiasson Plaisance, a native of Lockport and resident of Larose, passed away peacefully on April 20, 2020, days shy of her 84th birthday. She is survived by her three children, Mark D. Plaisance (wife, […]

Later this month, Lawrence Silver will enjoy his 96th birthday, a landmark that the Destrehan man quipped will punctuate a month of celebration thanks to his family. […]

When her long-awaited vacation cruise was cancelled due to the coronavirus pandemic, Destrehan resident Tina Scanlon took it upon herself to create her own relaxing getaway. Last week, she cruised in her very own backyard. […]