For Amber Theard and her husband Mark, it was a horrific night on several levels, starting with a phone call.

“My daughter called me, screaming,” Theard said. “Our barn was on fire.”

Theard, a resident of St. Rose for 30 years before moving to Livingston Parish where the family of six – and really more, with animals aplenty treated like part of the family – made a new farm home for themselves, was out to dinner with her husband on Feb. 13 for a Valentine’s outing, but that ended in a flash as the two hustled home. The road to get there can be treacherous, through a hilly area of town, and in their haste the situation became worse when their vehicle went out of control and wrecked, flipping twice as it was totaled. The car went airborne, and the two were not restrained.

Though neither escaped injury, the couple was able to walk away from the accident. The news did not get better once they arrived home, however: the family’s 14 pet goats were trapped inside the barn during the fire and perished. 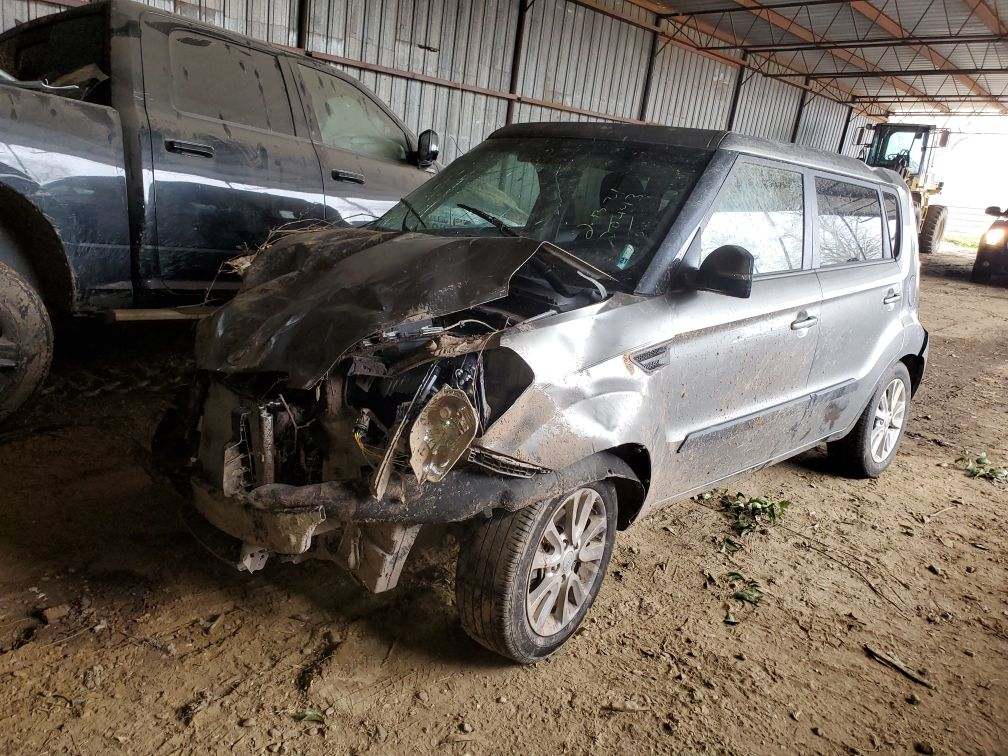 “Our kids were very attached to them,” Theard said. “We bought some of them still on the bottle, so we would all get up early and give them the bottle before school. It was something we kind of did together as a family.

“For a few days after it happened, I was just numb. It was a lot happening in a very short period of time.”

Some of the goats being brought up were to be showed by the Theard children for the 4-H club. Others were simply family pets. Two of the goats were close to giving birth. All were beloved by the family of animal lovers, which cares for horses, chickens, eight dogs, six cats and a pig on the farm.

One goat was picked by Theard’s son, who fell in love with the animal while visiting another farm. He used his birthday money to buy the brown goat who went on to be named Cocoa, and the two had a special bond, Theard said.

“I couldn’t touch her, but he could walk right up and pet her. He loved her and she really loved him,” Theard said. 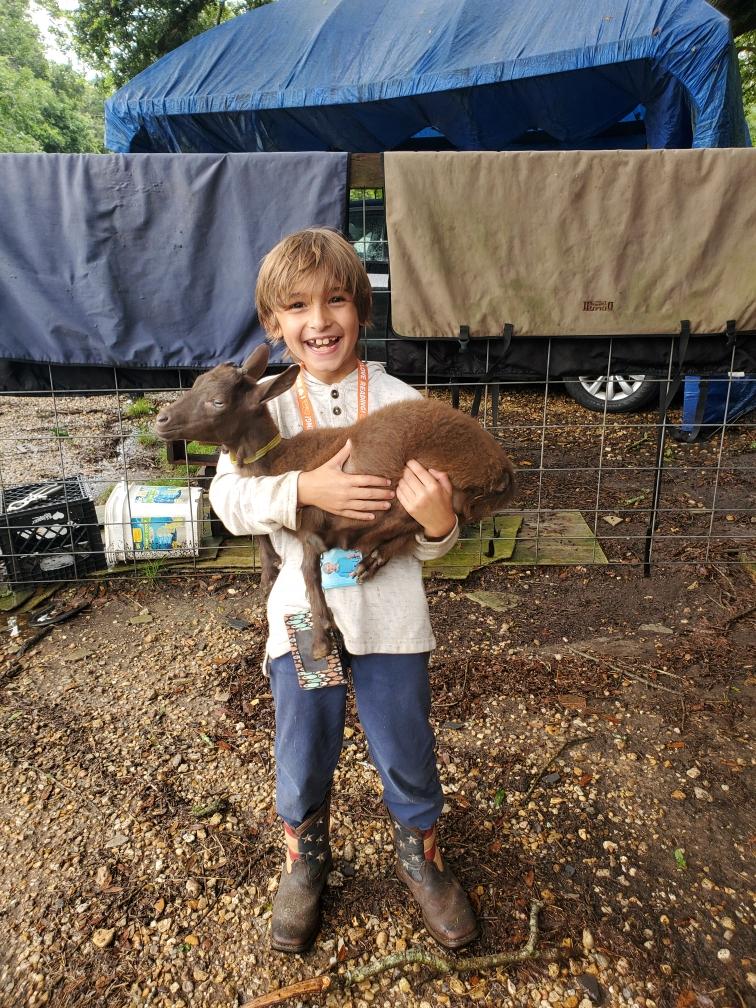 Mark suffered a broken rib in the accident, while Amber is still being evaluated for the extent of her injuries – she suffered a fractured L1 vertebrate in her spine and pinched several nerves in her neck. In approximately two months of physical therapy, she will be able to learn more, but in the meantime she’s been instructed to not lift anything “heavier than a gallon of milk,” a difficult rule to cope with for a woman used to life on the farm.

It’s believed the fire may have started via a heat lamp shorting out of overheating, the lamp installed during a significant cold spell recently that brought storms and some snow flurries with it – the worry was the goats could potentially suffer in the cold, and the expected newborn goats would certainly need to be protected from the elements.

“They really found their dream farm and settled in,” said Nicole Ficaro of Destrehan, whose twin children attended school with Theards, introducing the two mothers.

When Ficaro saw Theard post about the situation on social media, she reached out. She felt bad for her friend, and it also brought on a memory of her own traumatic loss suffered three years to that day  – Ficaro lost her father on 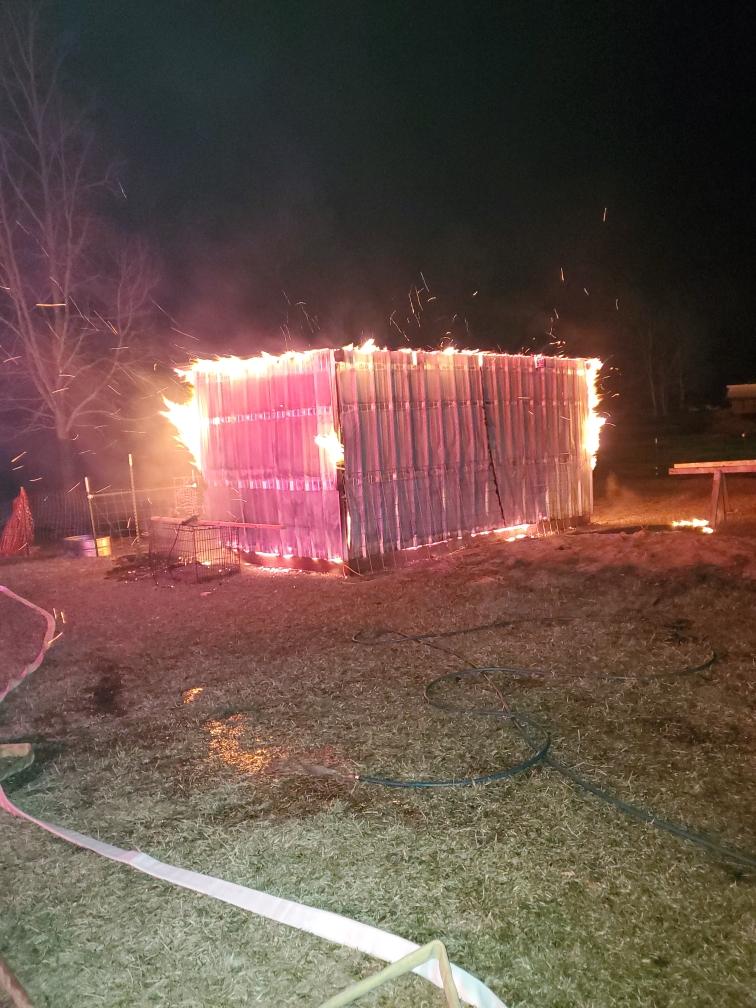 “I can relate to the pain she experienced,” Ficaro said. “I know she’s such an animal lover, and they lost so many of them, then the accident on top of it … I know it’s been really traumatic for them.”

To help the Theards out, Ficaro set up a GoFundMe page (Amber and Mark’s animal barn fire) in hopes of offsetting some of the significant costs that will come with the situation. Theard said the barn was only up for a short time and was not yet insured. Medical fees from the accident also loom, as does replacing the totaled vehicle – a pressing matter as she travels for more than an hour each day to and from work. Hopes are to also replace at least some of the goats before the children are to show them at 4-H next year – the GoFundMe’s goal is to at least help that part happen for the Theard children.

“(The farm) has been her dream, and then this happens,” Ficaro said. “She had some trouble sleeping the first couple of weeks after it happened. I just feel sad for her … there’s that feeling of helplessness when something like this happens, like you can’t do anything. Hopefully, we can help them out a little bit.” 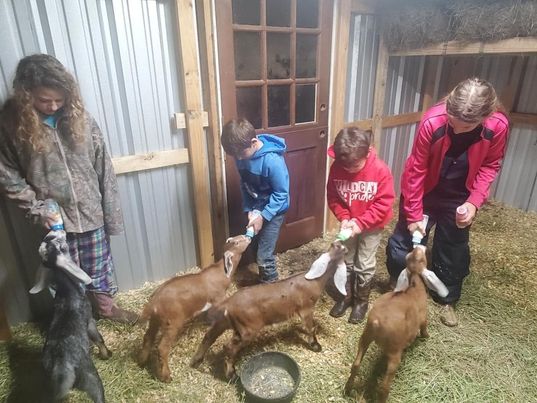 A surging Hahnville Tigers team wrapped up the District 7-5A championship last week in dominating fashion over archrival Destrehan, while the Wildcats suffered a potentially devastating blow beyond the loss itself last week. […]

Sheena Candies has fond memories of growing up in Des Allemands and attending the Catfish Festival every year. […]

by APEX Bin Cleaning - 4 months ago