On the surface, the challenge facing Dick Gibbs this Friday seems like a physical one. In reality, it’s more of an exercise of mental endurance – and most importantly, it’s for a great cause.

Gibbs will be performing a pull-up every minute, on the minute, for 24 consecutive hours as part of a fundraising effort toward the battle against pediatric brain cancer. It comes through a team up with Hogs for the Cause, a non-profit organization that raises money for families with children undergoing treatment for the illness, and money raised is given out as grants to help relieve financial burden. Each year, nearly 100 barbeque cooking teams compete for a championship, raising money along the way.

The Destrehan man and St. Charles Parish District III Councilman will be live-streaming his efforts on Facebook and supporters can pledge an amount of money to donate per pull-up. Gibbs has no plans to stop on anything short of 1,440 – one for each minute of the day. 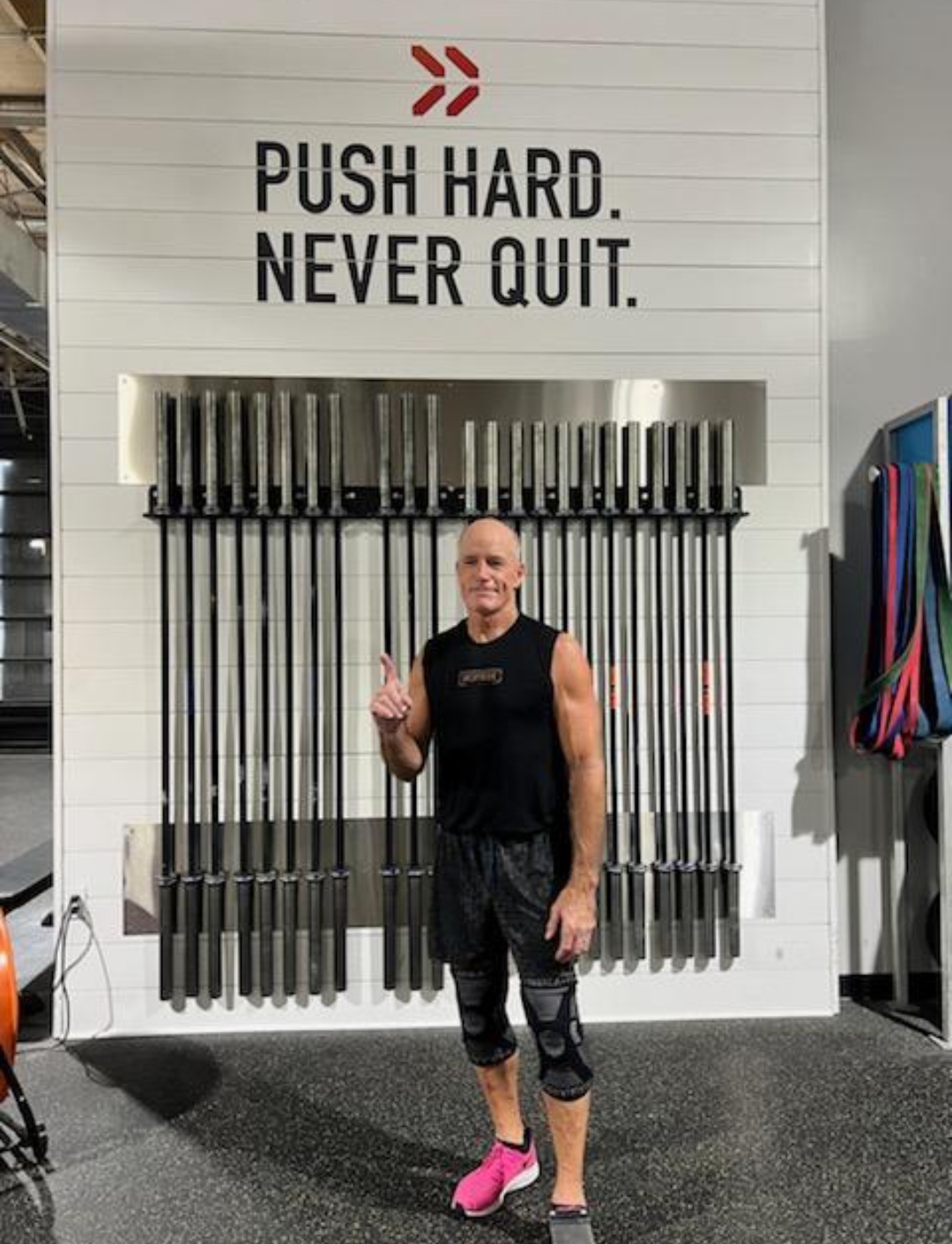 “I know I can do the pull-ups. It’s more a matter of patience,” Gibbs said. “I can’t do more than one in a minute, because that’s against the rules. I have to do a pull-up, then wait 58 seconds, do another, and so on every minute until I get to 1,440. I’m really looking forward to it. It’s getting pretty popular right now and I’m getting excited for it.”

Gibbs is clear on this fact: there will be no skirting of the rules. One pull-up every minute means he can’t turn his attention away from his task, take a break or do something else. He will be at the gym for 24 hours.

“I’ll be up at 6:30 Friday morning and I’ll probably go to sleep about 9 in the morning on Saturday,” Gibbs said.

The spark for this event was first initiated years ago, when Robby Moss, the owner of Hartwig Moss Insurance for whom Gibbs works for, began to get involved with Hogs for the Cause through Fleur de Que, a team that competes in the Hogs’ annual fundraiser.

“He’s a great friend, and I’ve been raising money for pediatric brain cancer ever since,” Gibbs said.

Inspired by the cause, Gibbs followed suit, and began to reach out annually to many friends to ask for donations.

That led to the idea for the pull-up challenge and live stream, and already it has proven a success. As of Sunday, Gibbs said pledged donations have crossed the $20,000 mark.

“There’s nothing worse than seeing a very healthy child get brain cancer and … you just wonder why,” Gibbs said. “It’s near and dear to my heart.”

He’s combining his desire to help with another passion of his: fitness.

In the 1980s, Gibbs played football at Nicholls State, and upon his departure, he knew he no longer needed to be at his playing weight of 235 pounds.

“I just started running, and I really liked it,” Gibbs said.

He dropped 55 pounds in six months, and running became a lifelong love of his. He notes that over the past 35 years, there are very, very few days that have passed without his morning run. Over the last 19 years, he’s put together quite the streak – he hasn’t missed a single day.

“I didn’t set out to start a streak of some kind, it’s just my routine,” Gibbs said. “You can catch me on the levee every morning. It takes some mental discipline … health and vanity are the two main reasons.”

On Friday, however, he has every intention of starting – and finishing – a long streak indeed.