Citing a few near misses, St. Charles Parish Councilman Billy Woodruff got council approval to ask the state for a turn lane in Paradis.

If  the Louisiana Department of Transportation and Development (DOTD) approves the move, the new lane would be added on U.S. Highway 90 at the Dollar General.

“I had some calls from a few people who were telling me the delivery trucks were making illegal left turns and also people in cars,” Woodruff said.

When the location was the old Time Saver, he said drivers would make a U-turn, but since that time the heavily trafficked Highway 90 is posing concerns about possible crashes.

A sign prohibiting a U-turn is posted at the location, but Woodruff said it’s being violated.

The current lane is narrow, which Woodruff said has required some of the store’s delivery trucks to attempt the turn and then have to back up to make the turn to get to the store.

Woodruff said a letter requesting the lane addition has been sent to the DOTD.

“We need traffic history, average daily traffic and cost benefit before we can make a decision,” Mallett said. 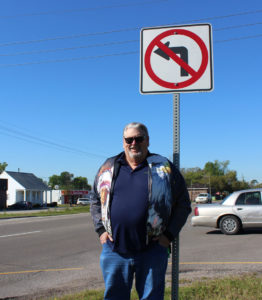 Easter Sunday will be completely different this year for most people, with coronavirus social distancing protocol prohibiting church services and large family gatherings. In the absence of traditional events, one local church is organizing a unique way to experience the message of Easter. […]

Once primarily associated with poker games and sitcoms, the phrase “full house” strikes people a little differently these days — for many families, it’s currently the way of life. […]