Ryan Thibodeaux was friendly. He was loving. He was funny, well-liked and looked out for others.

The community is mourning the loss of the J.B. Martin 8th grade student after his sudden passing on August 7 following complications from open heart surgery. The Luling native was born with a congenital heart defect and had his first open heart surgery at just two months old, and he spent the first four months of his life in hospital care. His second came at 11 months and his third at two years.

He went in for his fourth on Aug. 4 – he needed to have a pediatric valve exchanged for an adult valve. Complications led to Thibodeaux suffering swelling in his brain that led to seizures, and ultimately his death. 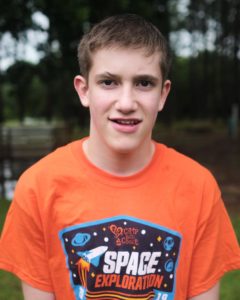 “He loved that. All he wanted to do was serve his country,” Aimi said. “One of the last times we talked … he asked me about going into the service. I told him, ‘Baby, we’ll talk more about it when you’re in high school. You can join ROTC, and we can talk more.’ He wanted to go into the Navy. He was in the band at school, and he loved being part of that. And he loved to play basketball.”

He was also a member of the parish’s 4-H Shooting Club.  And he annually attended Camp Bon Coeur, a camp for boys and girls with congenital heart defects.

When Aimi called Susanne Craig, who runs the Lafayette camp, to let her know of Ryan’s passing, Craig shared a story about Ryan.

“She told me there was a particular boy there who was always picked on, and Ryan took him under his wing and took care of him,” Aimi said. “I had no idea. It makes me feel so good that he did that.”

Aimi said her son loved to make others happy.

“Everybody loved him. Teachers at school, even the nurse, the kids at school really liked him … when I was having a bad day, he’d come in and make me have a better day,” Aimi said. “Even at 13, he’d always tell me goodnight and give me good night kisses. He’d tell me, ‘Mama, I love you’ and never went a night without saying that. During the day, he’d just pop in and exclaim, ‘What y’all doing?’ I never had any issues with him. He was such a good kid.”

Russell Shaw, a teacher and basketball coach at J.B. Martin who taught Ryan for two years, called the boy a “kind soul.”

“He was always happy and he had the greatest smile,” Shaw said. “He wasn’t a big talker. He let his acts of kindness and compassion towards others do his talking. He had a close group of friends who shared a mutual sense of love and respect for one another. One of his friends told me (Tuesday), ‘he was just a nice person, too nice.’ All of his friends and our faculty who knew him are still in shock.”

Shaw said the young man was a calming force in his daily life as a middle school teacher.

“I loved to see him walk through the door each day,” Shaw said. “His passing has caused me to reevaluate my own life in terms of how I appreciate the relationships I have with others.”

J.B. Martin principal Steven Guitterrez said the news of Ryan’s passing was a significant blow to students and staff alike.

“Ryan really was a great kid. Kind of a quiet kid, but you always knew his presence because he always had a great attitude about things … he always really tried to make the people around him feel good,” he said. “He never used his medical conditions as an excuse for anything. He was just a hard-working kid, just a really nice, good kid … I think people here are asking ‘Why in the world would this happen to someone like this?’ We were all just totally shocked by the news.” 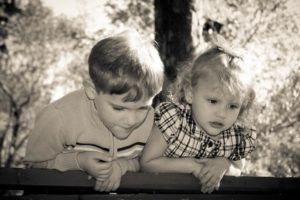 Dat Dad’s Club of Luling is holding a fundraising raffle to help the Thibodeaux family with expenses resulting from Ryan’s medical care and loss. The non-profit is raffling a Sig Sauer SIGM400 Rifle. Links to purchase tickets – $5 each or 5 for $20 – can be found on Dat Dad’s Club’s Facebook page. 100 percent of the proceeds will go to Ryan’s family.

“We wanted to raise some money quickly, and a raffle is the quickest way we can. Guns always raffle off well and tend to do best,” said Claude Adams, a founding member of Dat Dad’s Club. “We’re trying to sell all 2,000 tickets we have. We just want to help.”

Adams said the situation was unfathomable to imagine as a parent.

“I have a 16-year-old son, and my first reaction was to try and put myself in their shoes. I couldn’t do it,” Adams said. “You have a 13-year-old son, getting ready for another year of school at J.B. Martin, and you think everything’s going well … there are no words for it. For his parents, friends, the community, the school and his teachers, it’s just devastating.”

Drawing for the raffle will be streamed live Sept. 1 at 6 p.m. on the Dat Dad’s Facebook page.