Was accused of assaulting stepson

A Hahnville man accused of stabbing his step son multiple times in December of 2016 will not face prison after the case was recently dropped after the alleged victim opted not to press charges. 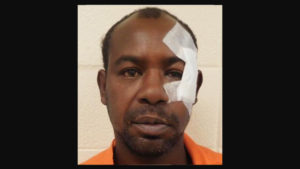 Rodney Smith, 36, of 373 Smith St., was arrested Dec. 13 in connection with stabbing John White of Boutte with a sharp object that left him with several injuries, including a punctured lung, according to the St. Charles Parish Sheriff’s Office.

He initially faced a charge of attempted second-degree murder, which was eventually amended to a charge of aggravated battery.

According to the St. Charles Parish District Attorney’s Office, the charges were dropped because White wished to drop charges and did not want to cooperate with the prosecution. Smith’s defense maintained he acted in self-defense in response to the attack and that White severely beat his stepfather before he was stabbed. Two recent arrests of White in November of last year and in January of this year on charges of simple assault and slashing his mother’s tires weakened his potential testimony. Those factors led to the case being nolle prossed.

Smith did plead guilty to a different charge in February of this year for violating a protective order against his wife.

According to court documents, a witness placed Smith at White’s residence, reporting he saw him hiding there until White returned. The witness then said Smith attacked White, and then fled into the woods. Smith reportedly suffered an eye injury during the alleged attack.

White was admitted to University Medical Center in Baton Rouge where he was reportedly diagnosed with a puncture wound to his left arm pit, another to his rib cage and a laceration on his left elbow. He was also treated for a punctured lung and reportedly required being put on a breathing machine.

A witness statement to police noted Smith had a physical altercation with White earlier that day. Soon after the incidents, White was arrested at a nearby Birdie’s convenience store after calling police to turn himself in.

More local shops to open as state heads into Phase 2

Luling resident Alex Harmon, who owns AH Esthetics in Luling, said it was a huge relief when she heard she would be able to open the doors to her shop under Phase 2 of the state’s coronavirus reopening. […]

When it comes to the success of his longtime Boutte shop, Maison Décor, Shane Matherne credits a couple of exceptional role models. […]

Following a nearly two-month closure due to coronavirus precautions, the St. Charles Parish Courthouse will reopen Monday, May 18. […]