Benedetto cited personal reasons related to family for the decision.

“In 2007, I qualified to run for the Council because it was what I wanted to do for my community,” Benedetto said in a statement issued Tuesday. “Today, I am resigning because it is what I need to do for my family. My family members need me now more than ever due to various personal reasons. I like to think I am the type of person who knows when I can contribute and when it is time to allow another person to step in with new energy and focus on the future of our great parish. 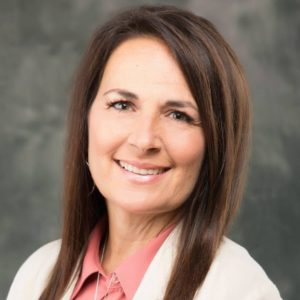 She has played a role in numerous drainage and flood protection improvements and projects, including the push to complete the East Bank Levee and to finance and construct the West Bank Flood Protection system.

“(It) took years and will continue to be a focus of our parish as we balance growth with protection,” Benedetto said. “In 2013, St. Charles Parish led the fight to save the National Flood Insurance Program and ultimately passed the Homeowner Flood Insurance Affordability Act, allowing our residents affordable flood insurance rates. We came together and did the unheard of, passing a bipartisan bill through Congress.”

That was a point of pride for her, she noted, as well as work done toward investing in and improving the parish’s recreation program, which she called a passion of hers in both her public and private life, as a mother who saw her children participate in parish recreation. Items of note were improvements to the East Bank Bridge Park to the addition of fields, bike paths, a splash park and boat launches.

“I want to thank the residents for choosing to put their trust in me every time my name was on the ballot,” she said. “The honor you gave me cannot be expressed in words. To the Councilmembers and Parish Presidents I have served with, thank you for all your friendship and support. It has been a journey together and I am thankful for every moment.”

Marguerite “March” S. Dufrene, 97, a native and resident of Des Allemands, passed away on Sunday, January 9, 2022. Visitation will be held at St. John the Baptist Catholic Church, in Paradis, on Wednesday, January […]