Jesse Wallace Jr. is nearly ready to air his first independent movie, Confessions of an R&B Diva, but the Ama native says there’s more to this accomplishment.

Wallace is someone living his dream.

“In Ama, it’s always competitive and HHS [Hahnville High School] was always about winning, so I don’t worry – I win,” Wallace said. “You have to get out there in the real world and work hard for what you need.”

Wallace, who now lives in River Ridge, spun his theater arts degree at Southern University A&M in Baton Rouge and 11 years experience as an actor into his dream of making films.

The film is about the struggles of a woman in the music business today, he said. His company, Sky Is Life Productions (named after his 7-year-old son Skylar), made the film.

Featuring women is typical to his work.

“I have all sisters so I’m always surrounded by women and it’s easier for me to capture their essence just to get their point of view,” Wallace said.

Capturing this essence in this film, he noted, is rooted in a real-life portrayal of his main character and giving her a voice.

“It’s a St. Charles Parish home project,” he said. “I feel this is a success and everybody will enjoy it. It has something for everyone.”

Ama residents are in the film, including Sybil Williams of Ama, and his sister, Christina, with Morgan LaGrange who was the makeup artist for the actresses.

For Wallace, making the film also gave him an outlet.

Although he worked hard in his acting career, he was typecast. 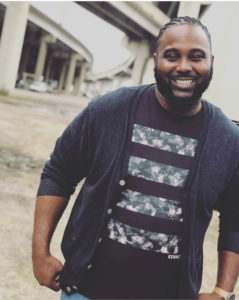 “I couldn’t find the lead role,” Wallace said of his career. “I was always getting supporting roles because I don’t have the Hollywood look. I was always playing ‘brothers,’ detectives or prisoners. I just got to the point that if I wanted to be the Brad Pitt of my movie I had to make it myself.”

As it turned out, he doesn’t star in this two-hour film. But he’s playing one of the lead roles – a villain.

“I’m one of the bad guys,” he mused. “Coming from the theatre world, I was trained on how to be versatile on how to be an actor.”

Wallace started work on his film in January and is currently in editing. He plans its debut in July, hopefully at an AMC movie theater and the Louisiana Film Festival later this year.

His three-month production is nearly a one-man-show with Wallace doing most of the work. His sister, Christina, is the art director.

“I’m doing it myself because I wanted to learn all the positions of working behind the camera, and to ensure they trust me as a director,” Wallace said.

He’s also an experienced actor who landed roles is major productions, including N.O.L.A. Circus (he was an extra as an arresting officer); the movie “Blues for Life;” also “Bad Asses” starting actor Danny Glover and numerous TV shows including “Breakout Kings” that aired on the A&E network. He did a commercial for Richard’s Honda and dozens of plays.

Additionally, Wallace has integrated his love for the arts with his work in mental health. He’s a mental health associate at St. Charles Parish Hospital and working on a counseling art therapy degree with Grand Canyon University. Additionally, he’s working with a nonprofit called We Heal Hearts making films to aid people dealing with depression, schizophrenia and more.

“It’s hand in hand,” he said. “I’m using my film platform as a way to spread the message about mental health.”

Wallace’s own life is also a family production.

“My mother started out in theater so I get my art from my mother and my father was a musician so I get my music side from him,” he said.

His mother, Charmaine Wallace, also is an HHS graduate. Wallace said she was among the first African-American classes to graduate from the school. She became an educator, but started working in mental health, another trait he said he received from his mother.

“In Ama, it’s always competitive and HHS [Hahnville High School] was always about winning, so I don’t worry – I win.”   — Jesse Wallace Jr.

“I want to show people you can live your dreams no matter what,” he said. “I overcame poverty. I never gave up. I’ve been doing this 11 years and just getting my feet in the door now. I’m 31. I want the kids to know you can follow your dream. You can make your plan.”

As he approaches completion of his first movie, Wallace said he’s become even more passionate about filmmaking.

“I realized my talents,” he said. “I feel confident enough to make a million movies now. That’s it. That’s a wrap.”

Lady Tigers surge out to 9-3 start

First Baptist Church in Luling held a sanctuary dedication on Aug. 28 – the eve of the one-year anniversary of Hurricane Ida, which severely damaged several of the church’s properties. […]